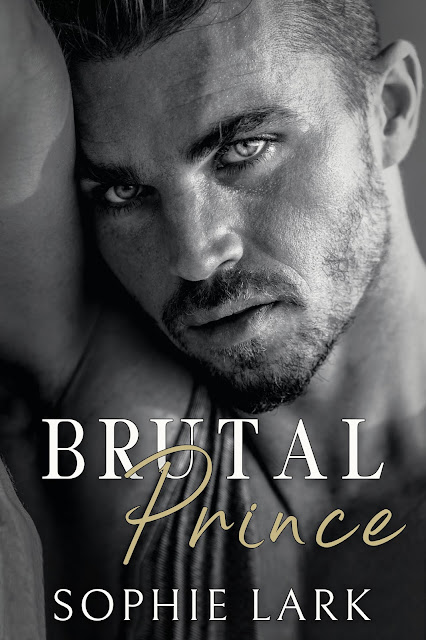 
Callum Griffin is the heir to the Irish Mafia. He’s ruthless, arrogant, and he wants to kill me.
We got off on the wrong foot when I set a (very small) fire in his house.
Our families believe a marriage pact is the only thing that will prevent all-out warfare.
I think I might need to murder him while he sleeps.
This would all be a lot easier if Callum wasn’t so damned good-looking.
But I’ve got a lockbox around my heart. Because even if I’m forced to marry him…
I could never love a brutal prince.
“Brutal Prince” is the explosive first act in the epic “Brutal Birthright” series. It’s a stand-alone Dark Mafia Romance, complete with HEA and no cliffhangers. It contains blazing hot bedroom scenes for mature readers only!!!


Brutal Prince is book 1 in the new Brutal Birthright series, a enemies to lover romance.

Two families that can either go to war or team up with the likes of an arranged marriage. When Aida seals her own fate, she is left with a new life that is not what she asked for. When a storm start to brew between another strong family Callum and Aida are put to the test each proving how much they have changed, coming together as one.

Lark is a new to me author and she has blown this book out of the park, the chemistry between Callum and Aida was off the charts and had me reading this book in 1 sitting, I look forward to what comes next in the series. 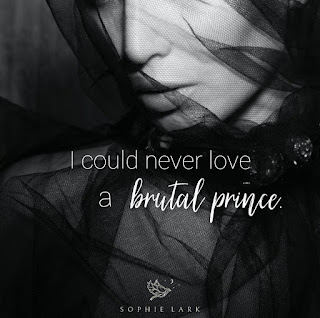 Posted by Louise at 8:00 AM No comments:

Release + Review - After All - Kristen Proby


The last sizzling novel in Kristen Proby's Romancing Manhattan series finds a widower falling deeply in love again with a woman who has scars of her own.

When Carter Shaw’s wife died five years ago, he was left to pick up the pieces not only of his own broken heart but also that of his devastated eight-year-old daughter, Gabby—leaving him with no time for anything else, let alone dating. But recently, Carter has noticed women again and soon even begins dating. No one has stuck around for long, mostly thanks to one very angry Gabby.

Nora Hayes has worked as Carter’s assistant for years. Recently divorced herself, Nora spends many hours at the office and helping Carter with his daughter whom she adores. Despite loving her job and being wrapped up in the Shaw family, Nora’s never given her handsome, kind workaholic boss a second thought, especially in the romance department.

But then the snowstorm of the century hits, and Nora finds herself stranded at work with Carter overnight. And suddenly, she sees Carter in a whole new, sexy light. The sadness that’s lived in his eyes for so long has now been replaced with pure, unadulterated lust—and Nora isn’t quite sure what to do about it. For after the pain of her divorce, she never thought she would give love a second chance.

Carter and Nora have always believed in never combining business with pleasure. But how can they possibly deny the all-consuming chemistry between them...?

I love stories about people who have known each other for years and one day realize everything they have ever wanted is right in front of them. That’s what happened between Nora and Carter. In the beginning they were both married to other people. When Carter’s wife died, Nora was there. Carter watched Nora pick up the pieces after walking away from her ex. But one day he saw her in a new light and one day she realized those navy pants looked way too good on him.

Proby gave us a story of a couple who don’t have typical new relationship problems and I loved it. I love how involved Nora was before they decided to jump. I loved how Carter trusted her completely. Honestly it was like they were together before hand they just hadn’t gotten the pleasure of naked time. Don’t worry though, they do and its hot. If you want a solid story with a HEA then look no further.