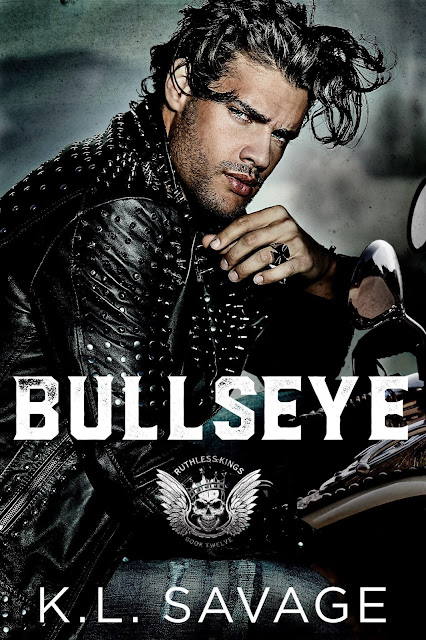 Just when you think you have it all, everything changes...
I had everything a kid could want.
A home. Food. Toys. Friends. Loving parents.
And it all equaled happiness.
Then my life went up in smoke.
Happiness no longer existed.
I trusted the wrong person.
And in a blink of an eye, the cruelty of the world reared its ugly head.
Four walls. Darkness.
Memory loss.
Chains.
Sex.
My first love.
And people watching in the corners.
Now, I'm conditioned.
I need to watch.
I need to be watched.
No one understands the turmoil inside me.
And the one person who seems to calm it?
Ruby Raine.
A little spitfire of a woman who released the strife I've been swallowing for eighteen years.
She made me realize how weak I was and how strong I needed to be.
To tackle my demons, I have to admit everything.
I have to trust and that's one thing that doesn't come easy for me.
Ruby shows me it's okay to let go, to let someone steer for a bit, to give up a little control.
So I let go. I let her have the reins.
The road is bumpy, a minefield of explosives with her debt and my pain.
Every chance she takes on me is a step I take to better myself.
Love is a surprise.
A dart that Ruby tossed, and it hit me in the middle of my chest.
Unleashing… everything.
I'm my own target. If there's one thing I can do, it's aim.
GOODREADS LINK: https://www.goodreads.com/book/show/56797283-bullseye
PURCHASE LINKS
US: https://amzn.to/3qveXLq
UK: https://amzn.to/3jTNaC1
CA: https://amzn.to/3u51UTq
AU: https://amzn.to/3jS3bse
Free in Kindle Unlimited
Order signed copies (including hardbacks): https://authorklsavage.com/shop
Johnaka's Review
“Did not see that coming, 4 stars”
I have been intruged by Bullseye from the very start, and finally we get his story. He is one of those guys who is so much more than what meets the eyes. He wants Ruby, but he can’t have her. He doesn’t think he deserves her and he has his own demons who are waiting to eat him in the shadows. Ruby, though, she wants to pull him out. Make him realize he deserves everything. The question is, will she be able to?
Savage has a way of making us hang on to this series by giving us just enough that we want everyone’s story, Bullseye included. I enjoyed the story but for me, I’m left with unanswered questions. I need more, that’s the only reason this story is getting four stars from me.
Plot-4/5 Characters-4/5 Heat-4/5 Writing style-4/5 Overall-4/5 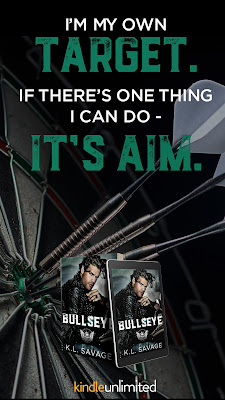 EXCERPT
Everyone’s room has a little history.
Where is his?
I tiptoe to the dresser. Pause. I cut a glance back to the door as if I’m about to get caught, but nothing’s there. After a minute, I continue. I open one drawer and roll my eyes.
Socks.
All mismatched.
“Of course,” I mumble.
I close that drawer and open the next.
Oh. Underwear.
Sexy underwear. None of that saggy Fruit of the Loom shit, but Grade-A nut hugging undies. I hold one up, and it feels like spandex. It has to be some type of stretchy material. Damn, I bet he looks so good in these as they cling to every curve.
Imagining them stretched over his tree trunk thighs, suctioning over his cock, and pulled taut over his plump ass like a second skin.
“God bless the woman who made this man,” I say silently to God, or whoever’s idea it was to make such a fine specimen.
I keep the drawer open because I’m nowhere near done with it. I want to see what else he has in the goody forbidden drawer. “I’ll be back,” I whisper to the sexy spandex briefs. “I’ll miss you.”
My knees pop as I squat to open the last drawer, and what I find surprises me.
It’s empty.
I tap my hand around the drawer, and the back end pops. I freeze. Oh, shit. I’m about to find something I’m not supposed to see. That was the point. This was what I wanted. I take a deep breath. Here it is. Here is Bullseye’s history that he keeps hidden away. Part of me feels terrible for just snooping around like this, but he left me in here, so…
With a slow, careful hand, I take out the board, ready for whatever surprises might be waiting for me. My imagination runs wild—maybe it’s photos of him and his lovers. Maybe it’s a secret stash of mementos. Maybe it’s… oh.
It’s nothing.
Just a bunch of cash and darts. That’s disappointing. I frown and dig around, even more, trying to find a dirty secret, but that’s all I see. Just stacks of cash and some of his darts. Nothing that tells me about Bullseye’s history. I’m coming up empty-handed.
“What are you doing?”
I scream, then hold my hand to my chest when I hear Bullseye’s voice. I look up to see him standing in the doorway, arms crossed and staring at me. “Uh, I’m snooping,” I answer honestly.
His eyes drop to my chest, and that’s when I remember I’m still holding a pair of sexy undies. I’m holding them close since he scared me.
“Need some underwear, Spitfire?” he tsks, walking into the room and shutting the door. “Cash? Both?”
“No.” I toss the underwear in the drawer they belong in and close it, then close the secret cash drawer. “I wanted to find something personal, I guess.”
“Disappointed that you didn’t?” He takes a seat on the bed, and the springs groan from his weight.
“A little bit.” I take the spot next to him and evaluate his face. His eyes are red, as if he’s been crying. A few things start to click together. He doesn’t have anything personal in his room because everything he deems personal, he keeps close to his heart.
So if I want him, if I want to get to know him, I have to earn him.
ALSO AVAILABLE IN THE SERIES
US: https://amzn.to/37ivI4U
UK: https://amzn.to/2ZmxcH3
CA: https://amzn.to/37lU6mh
AU: https://amzn.to/3apKSY2
All free in Kindle Unlimited 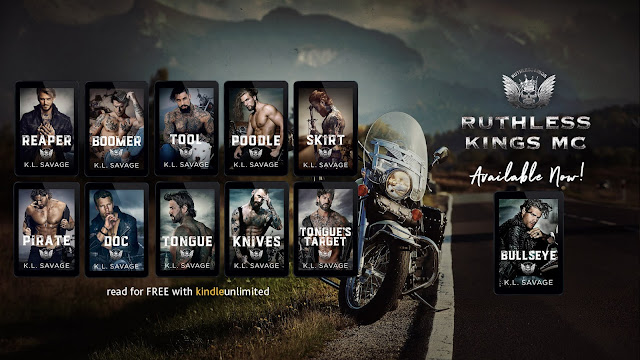