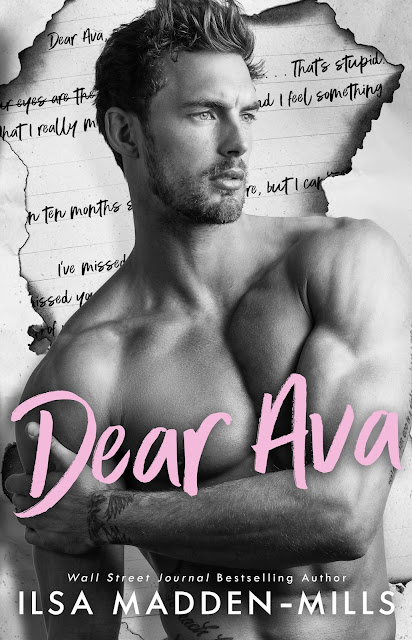 "Dear Ava is heartwarming and angsty and don't get me started on Knox. Read this book! You will love Ava's fight and Knox's alpha."
--Tijan, New York Times bestselling author

The rich and popular Sharks rule at prestigious, ivy-covered Camden Prep. Once upon a time, I wanted to be part of their world--until they destroyed me.

The last thing I expected was an anonymous love letter from one of them.

Please. I hate every one of those rich jerks for what they did to me. The question is, which Shark is my secret admirer?

Knox, the scarred quarterback.
Dane, his twin brother.
Or Chance, the ex who dumped me. . .

Dear Ava,
Your eyes are the color of the Caribbean Sea.
Wait. That's stupid.
What I really mean is, you look at me and I feel something REAL.

It's been ten months since you were here, but I can't forget you.
I've missed seeing you walk down the hall.
I've missed you cheering at my football games.
I've missed the smell of your hair.

And then everything fell apart the night of the kegger.

Don't hate me because I'm a Shark.
I just want to make you mine.
Still.

Ava thought she had it all. Yeah, she wasn’t from a wealthy family and she worked her behind off getting in and staying at her elite school but she also had the love of a guy who wanted her for her. Or so she thought. One night changed everything. It changed how people looked at her, how she saw herself. But through her pain she kept moving. She went back to that school where her demons resided and didn’t let them see her sweat. When Knox starts making moves is it because he wants her or because he wants to play her? Only one way to find out..

I loved Ava and Knox. Ava was so unbelievably strong. She didn’t let anything keep her down when she could have. Knox is the typical well-off dude with issues at first glance. But underneath he is so much more. He has problems of his own, only difference between Ava and him is he has money on his side. Madden-Mills killed it with Dear Ava and if you don’t have any trigger issues then you should scroll up and one-click this one. You won’t regret it.

“What do you want?” Knox says with as sneer as I ease in the football locker room. Cold eyes flick over my cheer skirt then move up and land on the hollow of my throat. It’s not cool enough at night for our sweater uniform so tonight my top is the red and white V-cut vest with CP embroidered on my chest.
“Where’s Chance?”
He whips off his sweat-covered jersey along with the pads underneath. “I don’t keep tabs on my best friend for you. Get out—before I scare you.”
He’s scaring me already.
But I can’t stop looking at him.
His shoulders are broad and wide, his chest lightly dusted with sparse golden hair, tan from the sun, rippling with powerful muscles, leading down to a tapered and trim waist. He has a visible six-pack, and my gaze lingers briefly on a small tattoo on his hip, but I can’t tell what it is. He isn’t brawny or beefy-looking like one might expect from a guy blessed with his athletic prowess, but sculpted and molded and—
Dropping my gaze, I stare at the floor. I shouldn’t be ogling him. Chance is my maybe-boyfriend.
I hear male laughter from one of the rooms that branch off from the locker room, maybe the showers, and I deflate, guessing that’s where Chance is.
Glancing up, I intend to ask him to tell Chance I came by to congratulate him on his two touchdowns, but my voice is frozen. Knox has unlaced his grass-stained pants and is shucking them off. His legs are heavily muscled and taut, unlike the leaner build of Chance. His underwear are white and tight, cupping his hard ass, the outline of his crotch—
“Like what you see, charity case? You can look, but you can’t touch.”
Anger soars, replacing my embarrassment. I know I'm just the scholarship girl at Camden, but why does he have to constantly remind me?
“Don't worry about me touching anything. I don’t like ugly.” The words tumble out before I can stop them. I meant his superior attitude, not his face, but I see the moment when he freezes and takes it the wrong way.
He touches his face, tracing his scar while his jaw pops. “Get the hell out. Only players allowed in here.”
I pivot and go for the door, forcing myself not to run. “Asshole,” I mutter.
His laughter follows me.

Eight of her eleven novels have placed in the Amazon Top 10 Best-seller List: Dirty English #1; Fake Fiancée and I Dare You #2; I Bet You, Filthy English, and Very Bad Things #6; Boyfriend Bargain #8; The Last Guy, her collaboration with Tia Louise, #4.

A former high school English teacher, she adores all things Pride and Prejudice, and of course, Mr. Darcy is her ultimate hero. 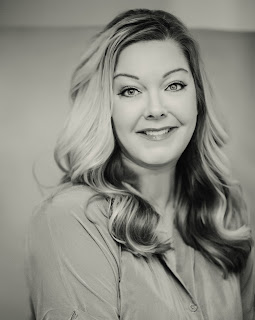