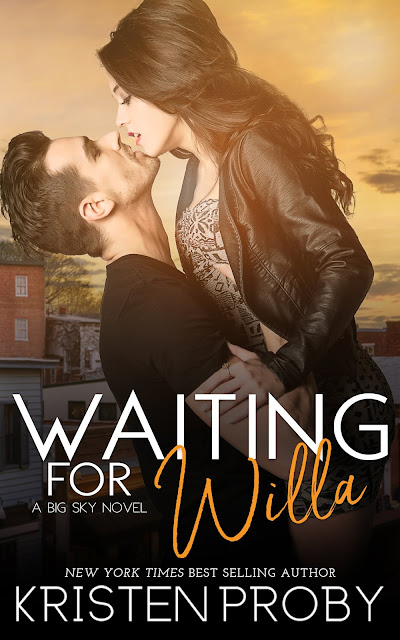 
Max Hull left Cunningham Falls a long time ago. Thanks to his killer instincts and business smarts, he’s come back to town richer than anyone’s wildest imagination. Now he’s closer to his family, living in his dream home, and at the top of his career—it sure looks like he has it all.

Willa Monroe and Max were childhood sweethearts. She daydreamed about their wedding day and named their children, but Max’s dreams were bigger than her. After high school, he left her behind without another word. Now, Willa is a single mother and a successful business owner, and the heartbreak of losing Max was a very long time ago.

But when he walks into her shop and back into her life, suddenly it feels like no time has passed at all. He’s as handsome as ever, and more charming than she remembered. Once he makes friends with her son and turns his attention on her, how long will she be able to resist him?

And does she really want to? Sometimes you do get a second chance at first love.

Willa and Max have a past. They were high school sweethearts. Life and time got between them. Willa moved on and started a new life only to have it cut short. Now she’s going through the motions and satisfied with what she has. Max is back and the temptation is there. Will she let him back in?
Max loved Willa fiercely, but he was meant to leave their home town. Now he’s back and he’s stayed away for both their sakes. When time heals all wounds will Willl and Max get their second chance? The cards are slightly stacked against them.
Proby hurt my heart for both Max and Willa but managed to put all the pieces back together. I loved how seamlessly Max and Willa fit together. They just worked together. I loved the three main characters and the secondary characters just enhanced the story. Do yourself a favor and one-click this series.
Plot-5/5
Characters-5/5
Heat-5/5
Writing style-5/5
Overall-5/5
About Kristen:

Kristen was born and raised in a small resort town in her beloved Montana. In her mid-twenties, she decided to stretch her wings and move to the Pacific Northwest, where she made her home for more than a dozen years.
During that time, Kristen wrote many romance novels and joined organizations such as RWA and other small writing groups. She spent countless hours in workshops, and more mornings than she can count up before the dawn so she could write before going to work. She submitted many manuscripts to agents and editors alike, but was always told no. In the summer of 2012, the self-publishing scene was new and thriving, and Kristen had one goal: to publish just one book. It was something she longed to cross off of her bucket list.
Not only did she publish one book, she’s since published close to thirty titles, many of which have hit the USA Today, New York Times and Wall Street Journal Bestsellers lists. She continues to self publish, best known for her With Me In Seattle and Boudreaux series, and is also proud to work with William Morrow, a division of HarperCollins, with the Fusion Series.
Kristen and her husband, John, make their home in her hometown of Whitefish, Montana with their two pugs and two cats.