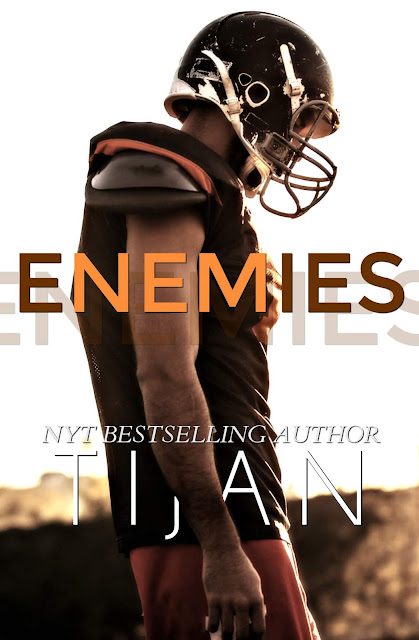 “Enemies to lovers is one of my most favorite romance set ups. The two are a match made in sexy, angsty heaven.”  -- Jay Crownover, New York Times bestselling author

Gorgeous and charismatic, he became the town’s football god, while I became the town’s invisible girl.
He went to a Division 1 school for football, while my father was fired by his father.
His team won the National Championship, while my mother died the same day.

He was a first round pick for the NFL ...
… while I made the worst decision of my life.

Now I’m in Texas trying to pick up the pieces of my life.
But, Stone is here.
Stone is everywhere.

Because for me, he always has been and always will be my enemy.

Jennifer's Review
Another hit by Tijan. Enemies is such a great story. It has everything I love in it. Angst, lust, emotional turmoil. It hits you right where it counts.

Enemies starts off how you would expect. Two characters who hate each other. What you don't expect is what pulls them together. Or the many layers to the characters and story.

The writing style of this story is great. The pace of the story is steady. I loved the minor characters and how the author built the world. I cannot wait to reread this one! 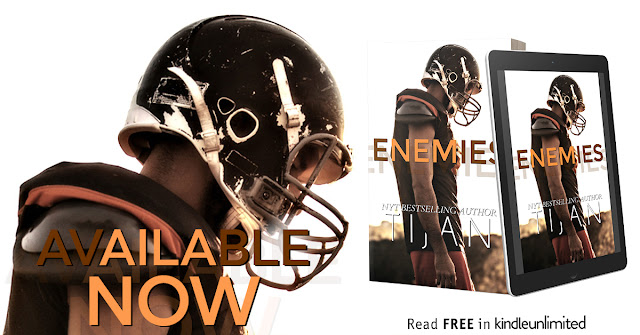 About Tijan
Tijan is a New York Times Bestselling author that writes suspenseful and unpredictable novels. Her characters are strong, intense, and gut-wrenchingly real with a little bit of sass on the side. Tijan began writing later in life and once she started, she was hooked. She’s written multi-bestsellers including the Carter Reed Series, the Fallen Crest Series, and the Broken and Screwed Series among others. She is currently writing a new YA series along with so many more from north Minnesota where she lives with a man she couldn’t be without and an English Cocker she adores.