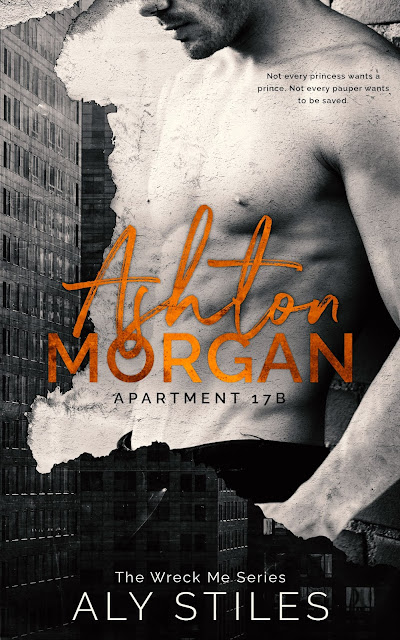 Ashton Morgan doesn’t have a chance.

With a young brother and an immature mother to support, he had no choice but to drop out of college to keep his family afloat. But the day his future came crashing down was just the beginning of a tortured journey that won’t let him up for air.

College student Iris Alexander has everything—except the person who’s captured her heart. As the daughter of a billionaire, she understands why the captivating young landscaper is wary of her and her lifestyle. But the harder she tries, the harder he resists. If only she can convince him that he’s the only real treasure in her flashy world.

She needs a purpose.

He needs a lifeline.

They’ll both need each other to survive the present and fight for a future.

Ashton Morgan: Apartment 17b is the first book in the new Wreck Me series by Aly Stiles, a new to me author that gave me all the feels.

Ashton had a dream and when that is shattered, he finds himself back at home looking after his family; working 2 jobs and just making ends meet he didn’t think it could get worse. Iris has everything, her father provides her with a life that makes her want for nothing, except Ashton Morgan. When her sister causes drama, Iris is determined and isn’t willing to give up like everyone else in Ashton’s life.

I personally enjoyed this story, Ashton’s story broke my heart and had me asking how a parent could be that way. The chemistry and connection between Ashton and Iris is couple goals. 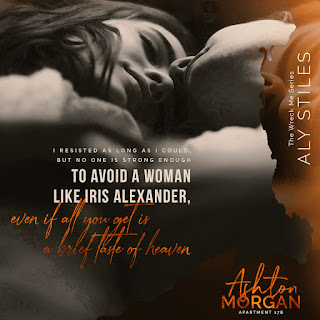