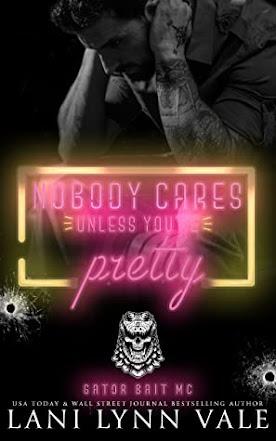 The problem with Wake was that he was understandable. He was the type of villain that literally scared the absolute shit out of you because you knew that under the right circumstances, you could end up exactly like him.

Which, sadly, was the case for me.

I’d done the exact same thing as Wake, and now I was a murderer just like him.

Did I know that I did wrong? Hell yes.

Did I regret that? Hell no.

Did I plan on changing a thing? Also, no.

Was I falling in love with a man that should scare the shit out of me? A resounding hell yes.
Our Review
"Another series, 5 stars"Okay, when we met Wake in Bram's book I wanted him right then. Dude intrigued me. He's wealthy but has also spent time behind bars? Hand him over. You also meet his woman Dutch in that book and it was the perfect lead in.I loved how Dutch was just as crazy as Wake. She was willing to risk it all and did. All he wanted to do was protect her. There were twists and turns, spice and more. This book has it all and I was here for it.Plot-5/5Characters-5/5Heat-5/5Writing style-5/5Overall-5/5
Posted by Louise at 8:57 AM