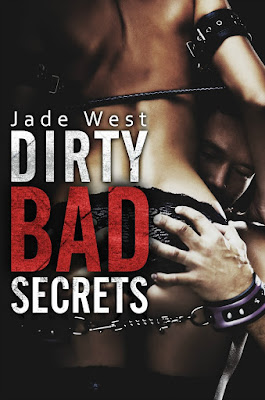 Faye Devere is out to claim her old life back. Three years in Italy have come at a heavy price, and she’s running back to the only anchor she has left: her fifty-fifty share of Club Explicit, and the man she left to pick up her pieces.
But Andy Morgan’s long over it. Long over her.
Club Explicit is his baby now. His club, his rules, his way.
Andy’s not a man who shares easily. And certainly not with the woman who upped and left without so much as a goodbye. 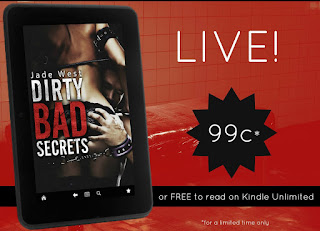 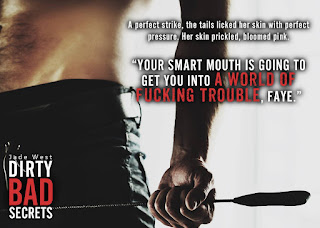 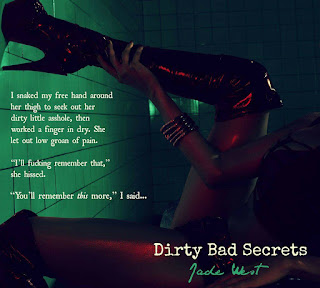 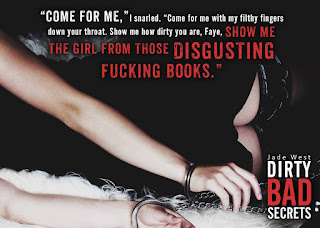 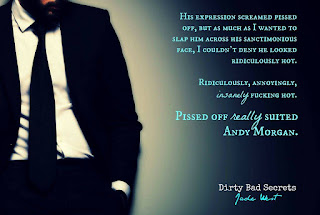 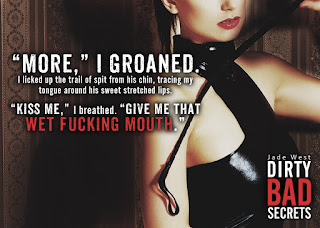 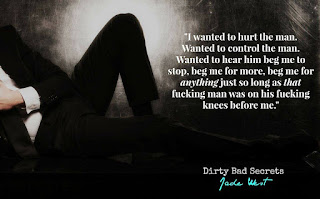 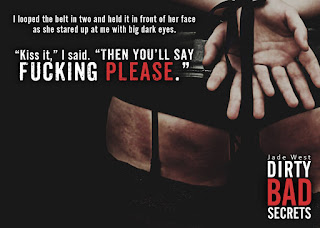 Holy Wowness, that was a hell of a wild ride!!!I have loved every single Dirty Bad book in this series so far, each one has been different, and unique from the rest, and you never really know what you are going to read next, which is the exciting part!This time we have Club Explicit as the main focus. It has always played a huge role in each of the books, as the characters can all be themselves, or find themselves in this club. Well this time we actually get to follow owner Andy Morgan. He has always remained the elusive owner, who hides out back in the office, not partaking in any club action or fun. But he worked constantly and lived for Explicit, so he's not too happy when his original partner shows up, after 3 years, wanting to step back in. Faye Devere was a 50/50 partner with Andy when they started Club Explicit up. It was their baby, and something they started together. Yet Faye walked away 3 years ago, when the club was just starting and she didn't look back. She disappeared to Venice, to escape Andy, the man she wanted so much more from, than just a partner in the club. With a huge amount of tension, and chemistry that could fry the kindle, this story was intense. Kinky Faye has a huge amount of secrets that she drags back with her from Venice, but all her secrets are slowly being revealed in books, and some are pretty shocking. Andy is now learning what happened to Faye during the 3 years she was gone, while he fought to keep Explicit the exciting venture it started out as. Faye wants back her share of the club, and will do literally whatever it takes to get her foot wedged back in, she will do anything. So begins a war of sorts, Faye to prove she deserves to be there, and Andy to prove she hasn't got what it takes. But their battlefield is the mother of all playgrounds, and what's the best way to fight it out? Literally! Epic, filthy scenes and dirty craziness all round when these two mean business. It was shocking, exciting and downright filthy. But it was incredibly addictive reading. I couldn't stop!I had a morbid curiosity with the odd and twisted Vincent, I almost would've liked to have read more about Fayes 3 year stint in Venice. It definitely seemed it could of been a scary read if ever there was more to read, and I like the shocking reads. ;)But I have to say, Dirty Bad Secrets is definitely a contender to push Dirty Bad Wrong off the top spot for best Dirty Bad book. I truly loved this story, and Faye and Andy were awesome characters. Their story was so intense, and hot, and completely thrilling. I even loved Topaz, the quirky barmaid. I thought she was a great secondary character, and would love to read a story of hers!Amazing book, and this series just keeps getting better! It deserves far more than 5 stars! 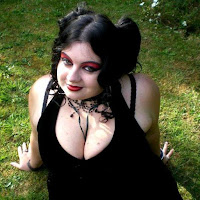 Posted by ShutUpShabby at 5:29 AM