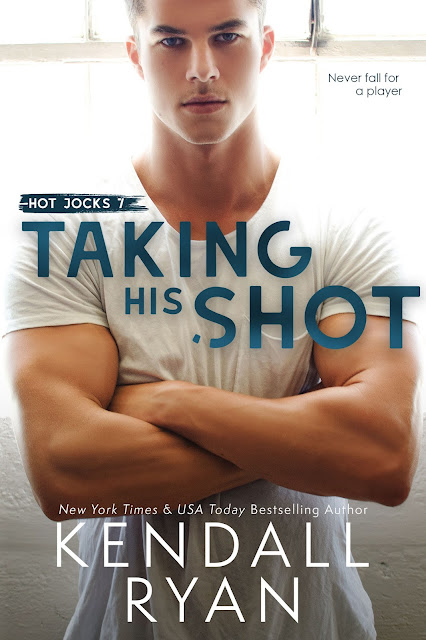 She says she doesn’t date players.

She swears up and down that she’ll never handle my stick.

We’ll see about that, sweetheart.

When I win the pleasure of Harper’s company at a charity auction, I get exactly one date—one shot to win over the gorgeous and feisty brunette.

Game on. I play hard, and I love a challenge.

But just when I think I’ve finally carved out my shot . . . a huge secret implodes around us, threatening everything we’ve built.

Louise's Review
Saying goodbye to the Hot Jock’s series wasn’t going to be easy, after reading every book I was so excited to close it out with Jordie and Harper.

In Harpers eyes there is nothing worse than attending a hockey event but when her father asks her to fill in for the sick ‘Ice Princess’ she can’t say no. Jordie was told to bid and make it a good one, its all going to charity why not? Harper has her rule, no Hockey players because they are players and hockey will always come first.

Jordie starts to bring her walls down giving her hope that they are not all the same; but when Harper overhears the boys talking could everything they had been building, a lie?

Ryan you have slayed it, I thoroughly enjoyed this story and could not put it down. After 7 books I feel so invested in all of their lives that I am going to very much miss them all. I cannot wait to read what is up next from you, you have become one of my favourite authors.

When Jordie saw Harper he instantly wants her. When he approaches her, she intrigues him. She’s so cold towards him he can’t help but want to win her over. Then they start to spend time together. Will he be able to convince Harper to break her rule and date a hockey player? Only one way to find out.
I enjoyed Taking his Shot. Ryan gave us a killer story about a guy who says screw it and drops his playboy ways and goes for the girl who is completely against hockey players. I was cheering for these two from the start. I love a good sports romance and this is one. 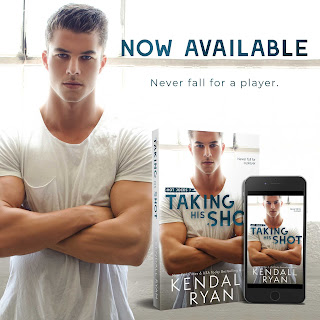