Release + Review - How to Date a Younger Man - Kendall Ryan 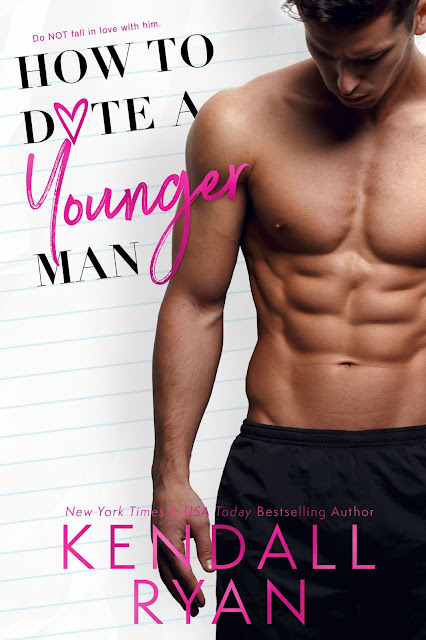 Tips for Surviving a Fling with a Sexy Younger Man

First, you’d think as a thirty-something-year-old woman, I’d be immune to Griffin’s flirty comments and six-pack abs. You’d think that his carefree playboy attitude, or the fact that he’s still finishing grad school, would deter me.

If you accidentally bang your best friend’s younger brother, here are a few important tips . . .

One: Do not brag to your friend about how well-endowed her brother is.

Two: Do not go back for seconds (or thirds).

Three: Do not let him see your muffin top or jiggly behind. And definitely don’t let him feed you cookies in bed. Cookies are bad. Remember that.

Four: Act like a damn grown-up and apologize for riding him like a bull at the rodeo. And do not flirt with him when he laughs at said apology.

Five: This one is crucial, so pay attention.

Do not, under any circumstances, fall in love with him.

Louise's Review
How to Date a Younger Man is a standalone age gap, friends to lovers romance, that takes place over the period of 4 years.

Griffin knows what he wants and from the moment he saw Layne he only had eyes for her, too bad that she wouldn’t even give him a chance. Layne’s friends were all pairing off and finding their forever, something that Layne wanted for herself more than she would like to admit. Age is just a number.

This is change of direction for Ryan after finishing up her previous series, I personally enjoyed reading this story with the exception of the jumping around (that’s how it felt in my head). Griffin and Layne had scorching chemistry it’s just a shame it took Layne 4 years to realise how good they could be together. 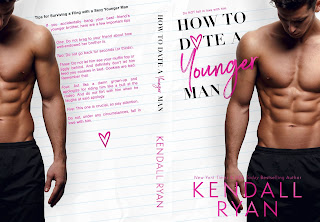