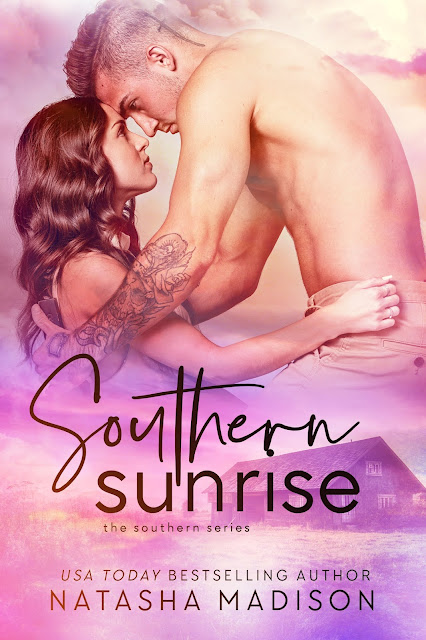 He left me without a second glance. I was just an afterthought.
Now he's back, but this time, I'm not falling for his Southern charm.

It’s time I get my happily ever after, even if part of me wishes he was still mine.

Ethan
I found out on my twenty-first birthday that everything I thought I knew was a lie, and the man I had grown up thinking was my father wasn't.

The pain I felt blinded me, making it impossible to hear what anyone said.
I left them all behind, including her, my best friend and the woman I was going to marry.

Five years later, I'm back, only to find the woman I still love has another man's ring on her finger.

She’s going to marry my best friend unless I stop her. And this time, I only have until sunrise to change her mind.


Hold on for dear life because this one is a rollercoaster; your emotions are going to be wrecked. Southern Sunrise is book 4 in the ‘Southern’ series and it has it all.

Ethan had it all planned out but on his 21st birthday everything he ever knew was torn apart; creating a new life for himself he left everyone behind, even the one he loves the most. Emily has moved on, she is engaged and ready to start the next chapter of her life, its been years she shouldn’t love him anymore, should she?

Ethan broke so many lives when he left; he has a long way to go for forgiveness; can he tick every name off that list?

Right, Madison you slayed me with this book; I have loved the previous 3 books but this was on a whole new level. Ethan’s character has been a constant throughout the series and getting his emotional story has been the best yet; it was so great to catchup with the other ‘Southern’ characters.

I look forward to what’s next!


Okay, so I’ve had months to think about what I thought could possibly happen in Southern Sunrise thanks to the book before (you don’t need to read it but I recommend it). Honestly, I was on pins and needles. So, I get Southern Sunrise and Madison blew me away. If you want a killer second chance, southern first love romance look no further.

Ethan thought he knew who he was, but one piece of paper shattered his whole identity. He didn’t know who he was. If you don’t love yourself how can you love someone else? One person’s actions sent Ethan into a tailspin and changed everyone’s lives. Now Ethan is back. Will he be able to make amends? Only one way to find out. 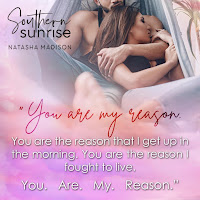 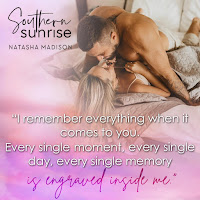