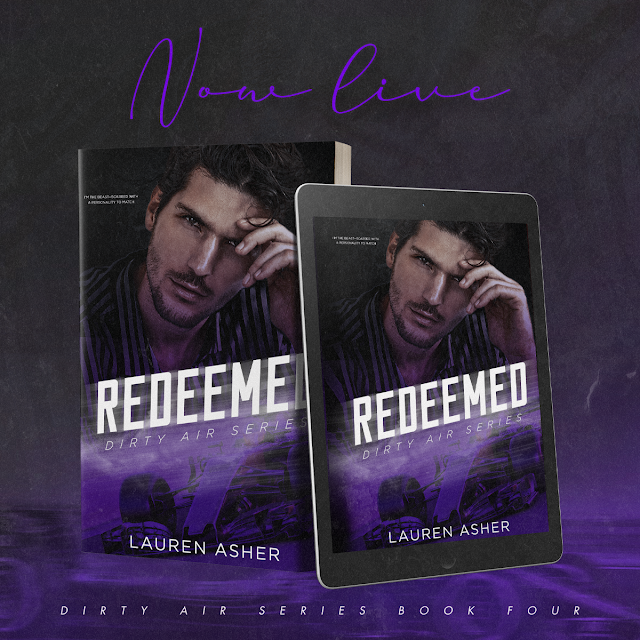 ⚡️𝐑𝐞𝐝𝐞𝐞𝐦𝐞𝐝⚡️, book #4 in the Dirty Air Series by @laurenasherauthor is LIVE and FREE in Kindle Unlimited!

★Add to your TBR: https://cutt.ly/SgXz1iv

One mistake destroys my career.

I go from most eligible bachelor to monster, hiding from the world.

At least until Chloe breaks into my home.

My new fake girlfriend is a temporary fix to my biggest problem.

But as our game changes, so do my feelings.

There’s only one issue stopping me from claiming her.

It all started with a birthday wish, some vodka, and an ancestry kit.

That’s how I end up in Italy, finding my long-lost father.

But one decision lands me a fake boyfriend I don’t want.

The more we pretend, the easier our ruse becomes.

I told myself not to fall in love with a liar like Santiago.

I should have listened.

There is no denying that I love Dirty Air Series, and I thought I had a general idea of where Asher was going to take this story. Boy, was I wrong, and I was here for it! The heartache, the triumph, and the love. If Redeemed isn’t a comeback story, I don’t know what is. Do yourself a favor and one-click this story.

If you’ve read the series, you know Santi is always good for a joke and a laugh, but in Redeemed we see a different side of him. The heroine Chole grounded him in a way only she could. How that woman was so positive after the life she had, I have no clue. These two sucked me in and then spit me out at the end. One thing is for sure, I never want Asher to stop writing Formula 1.