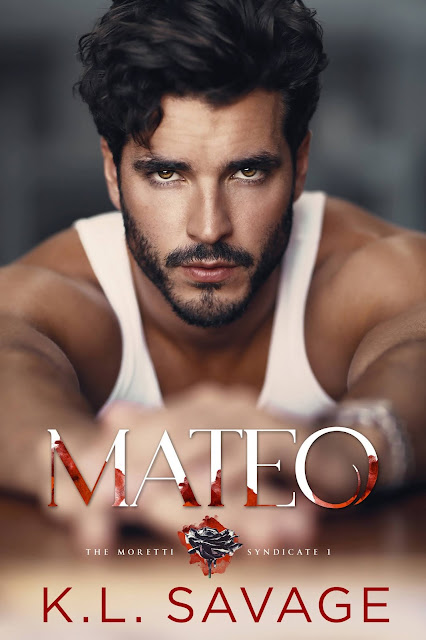 Even without a memory, the world is a dark and damned place.
There are things around us that regular people don’t know about...
I know those things.
I’ve done those things.
It’s the way of this world when you’re on the throne.
This temple is rightfully mine.
I am the crown.
This isn’t just my life.
It’s my soul.
My empire.
My fortress.
And her.
She’s too sweet, so innocent, so naïve to the world around her and I want to immerse myself in it.
But there is an ill twist hanging in the air.
Maximo is alive.
Unfortunately.
And I want him dead, but I am more devious than that.
My brother took too much from me.
I have to build everything from the ground up because he tarnished it.
Nora has been threatened.
And I want him abolished.
Her mother is useless.
I’m glad her time is coming to an end .
The kingdom is mine.
I will kill.
Steal.
Ruin.
And not blink twice while I do it.
No one turns their back on me and gets away with it.
I have been test.
I have be tried.
And I have defeated my trials.
It is my turn.
Nothing is going to stop me from having what I deserve.
Money.
Power.
Vengeance.
Redemption.
Lussuria.
And love.
Johnaka's Review
“Age gap, 5 stars”
I love a good age gap and that’s exactly what Mateo is! I won’t lie I’ve been following the Ruthless Kings series since the beginning so I’ve been patiently waiting for Mateo’s story. Well, it was worth the wait. I don’t want to give too much away but Mateo falls back into his old life and when he does he meets someone unexpected, Nora. She’s everything he’s missed since his first wife and he will stop at nothing to get her. Will he be able to convince her he’s playing for keeps?
These two are explosive and you won’t regret one-clicking them. Now to wait for the next.
Plot-5/5 Characters-5/5 Heat-5/5 Writing style-5/5 Overall-5/5 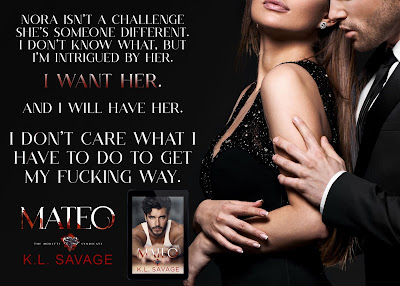 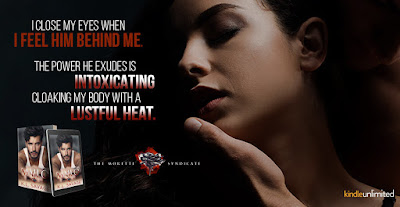 TRAILER
https://youtu.be/G4j2RUgJvTk
EXCERPT
One month after escaping the clubhouse…
I haven’t emerged from my Zio’s home since the escape. I don’t want the Kings to know where I am just yet or what I’ve been up to. Zio has been the face of the casino and taking care of business. I do not need to leave the house to know my face is on wanted posters for the Kings. It was a shit storm, Zio said, when he went to retrieve Natalia. The Kings were not happy. He barely got out of the door without getting shot or beaten.
He had to reassure them the only instruction he received from me was to pick her up. He had to swear to them he had no idea where I was. And they have been keeping a close eye on him.
They are waiting for me to slip, but this isn’t their fight.
“Please,” Maximo begs, clutching the bars of the dungeon Zio keeps underground.
There’s the house level, the basement, and then below that is the dungeon. It hasn’t been used for some time, but better late than never, I always say.
I think. I feel like I used to say that. Feels right.
“Water,” he croaks, reaching through the bars. “Fratello.”
I slam my fist against the bars and scream, “Do not fucking call me that! You lost that privilege when you tried to sell your niece. My fucking daughter. You filthy piece of shit. You think I care if you’re thirsty? Hungry? Or need to take a piss in something other than that fucking bucket in the corner? Let me tell you something, I’m here to watch you wither away, Maximo. You want fucking water?”
I snake my hand through the bars and grab him by his filthy shirt. I yank him forward, his cheek pressed against the iron bars. My lips are close to his ear and I whisper, “Drink your own piss.” I slam his head against the bars and knock him out. He falls to the floor limp and unconscious.
I tug on the lapels of my suit and sigh. I feel the overwhelming need to wash my hands.
I sidestep a puddle as I walk out of the dungeon. It’s your typical dark and gloomy cell. There’s no window, a dirt floor, and the lamps on the ceiling are powered by lighter fluid. Zio did not pour the family fortune into this dirt jail, that’s for certain. I climb up the stairs and grab the string above on the ceiling that controls the single lightbulb and tug.
Darkness.
Good. Let Maximo get lost. I don’t give a fuck.
I make my way through the basement and up the stairs to the main level of the house.
“Hey Papa,” Natalia greets me as she sits on a stool at the kitchen island, sipping her cappuccino she made.
AUTHOR BIO
K.L. Savage decided they were tired of looking for the kind of books they wanted to read. They had an itch that needed to be scratched, and as every girl knows, nothing scratches better than an alpha.
They write about gritty, alpha males, sometimes their dark sides, and the women they love.
If you have the same itch, their alpha males should fix that. 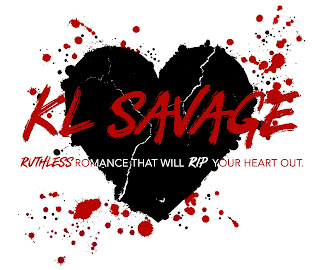