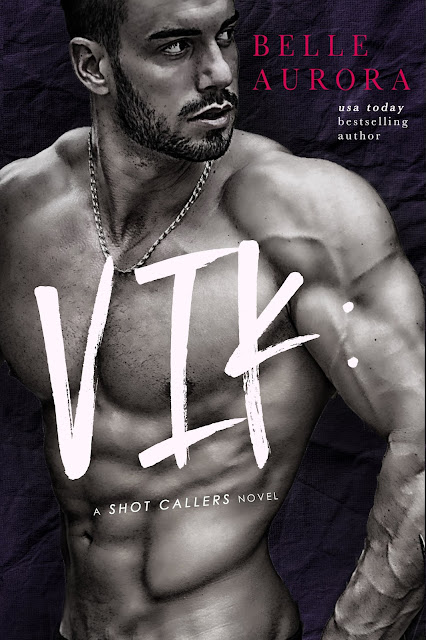 Nastasia Leokov has loved her brother’s best friend since the very moment she met him. Understanding that she’ll never be anything more to Viktor Nikulin than a treasure to guard, Nas sensibly hides her feelings. But when she makes a brash decision to kiss him, everything changes.
That kiss. That hot, explosive, all-consuming kiss.
It haunts Vik. And suddenly, Nastasia Leokov isn’t just a teenage mob princess.
No.
She is his. Undeniably. Indisputably.
An unbreakable connection. A hidden relationship. A lifetime of firsts.
And yet, something is missing.
Nas desperately craves the one thing Vik has never offered her.
His heart. 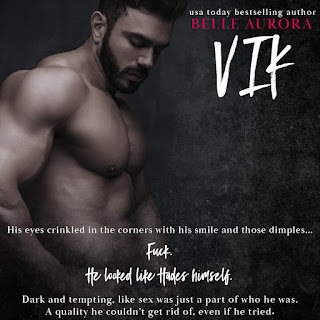 GOODREADS LINK: https://www.goodreads.com/book/show/30179295-vik
PURCHASE LINKS
US: https://amzn.to/3A7TkWD
UK: https://amzn.to/3z8dJJM
CA: https://amzn.to/3k6qtMD
AU: https://amzn.to/3hrMqnN
Free in Kindle Unlimited
Pre-order the audio now (releasing January 4): https://amzn.to/3z7MCOP
EXCERPT
I was tired. I was restless. I was irritated.
The trifecta of bitchiness.
So, when I saw him sitting at a table by himself, I stilled midstep, and my annoyance grew.
Seriously?
Why, God?
How dare he look so good when I could barely find matching shoes this morning.
He brought his espresso up to his lips as he read from the newspaper he held in his hands. I didn’t know why that got to me. Maybe because he looked so effortlessly relaxed, and my fragmented mind was being split in a flurry of puzzle pieces, none of which fit back into their original spaces.
My body rigid, my feet started moving, and they didn’t stop until I stood in front of him with a cold expression that could’ve set off the next big freeze. Before he even looked up at me, I hissed quietly, “This is my spot.”
Vik simply peered up at me with a furrowed brow. “No, it isn’t.”
Uh, excuse me? “Yes, it is. This is my spot. My café. You go get your own.”
And his grin had my heart racing with anger. “Firstly, I brought you here, so if we’re getting technical, you wouldn’t even know about this place if it weren’t for me.”
My neck flushed.
Oh, right. I’d forgotten about that.
Feeling stupid, I huffed out a short breath, threw up my hands, and said, “Fine. I’ll leave.”
As I turned to walk away, Vik’s hand shot out and gently but firmly circled my wrist. I twisted back to find his gaze had darkened some, and he uttered, “Stay.”
It wasn’t a plea nor a demand. I might’ve been delusional, but to my ears, it sounded like a wish.
My rigid stance loosened mildly.
Only one word out of his mouth, but I felt the caress of it all over.
I peered down at that hand. It held me firmly as his obsidian gaze locked me in. “I heard you’ve been spending time at Laredo’s. I know you’re smarter than to try to get the attention of a particular Frenchman, so I won’t warn you against it.” Those eyes sliced over the length of me. “You know better, don’t you, baby?”
Every fiber of my being screamed to sit and stay, but the insecure part of me told me to leave before we hurt each other. Against my better judgement, I sat opposite him, and because I often had trouble keeping my mouth shut, I said smugly, “Sounds like you might be jealous.”
The hand on my wrist flexed, and Vik held me down with his glacial gaze. “Wanna test that theory?”
My chest squeezed.
My ego was a petty bitch and hooted loudly, all for it. My heart thought nothing would be more romantic. But my brain, on the other hand, knew what Vik plus jealousy was capable of. And it wasn’t pretty.
Don’t get me wrong. I was never the target of his anger when he got like that. The men standing in his warpath, however, usually ended up with a split lip, a broken nose, or a concussion, or all three. And after it was all done and dusted, Vik would then take me home, take my mouth, and then take me roughly against the nearest surface, all while maintaining eye contact.
Ugh. It was so fucking hot.
The memory had my knees snapping together under that table, trying in vain to ignore the thrumming warmth that suddenly lit in my core.
Hmmm. Maybe we should test that theory after all.
No.
But—
Not a good idea.
My inner self pouted and called me a prude.
Not so smug anymore, I cleared my throat and asked, “What do you want from me, Vik?”
Refusing to let go, his thumb gently caressed the sensitive spot at my inner wrist, and without hesitation, he responded one word that shattered my resolve.
“Everything.”
The way he said it, with zero hesitation, had my heart aching. I wanted that too. If only the stakes were even. If only he had as much to lose as I did. My heart was on the line. I wasn’t sure if Vik even knew how to access his.
ALSO AVAILABLE
#1 Lev - $1.99 for a limited time!
US: https://amzn.to/3l35ABg
UK: https://amzn.to/3BMYWG6
CA: https://amzn.to/3tqFZ94
AU: https://amzn.to/3neFuhh
Free in Kindle Unlimited
AUTHOR BIO
Belle Aurora is thirty-something year old and was born in the land down under.
At an early age she fell in love with reading. Boredom one summer had her scouring the bookshelves at home. She stumbled across Sandra Brown’s Breath of Scandal and fell in love with romance.
Having been brought up in a loud and boisterous family of Croatian descent, she developed a natural love for dramatics and laughter. Only some years ago had she discovered a new love.
Humorous romance novels.
So many authors had opened a brand new world where she could lose herself yet feel safe and at home in their stories. Belle has been known to become a screeching banshee while anxiously awaiting their newest titles.
Belle never thought she would write. It had never interested her until recently. Friend-Zoned began to form and in February this year Belle typed the words Chapter One. And she fell in love.
With words.
With writing.
With a creative imagination she never knew she harbored.
Belle Aurora is a USA Today best-selling author.
AUTHOR LINKS
Facebook: https://www.facebook.com/authorbelleaurora
Facebook Group: https://www.facebook.com/groups/2418031541615298
Instagram: https://www.instagram.com/thebelleaurora
Twitter: https://twitter.com/BelleAurora1
Goodreads: https://www.goodreads.com/author/show/6983012.Belle_Aurora 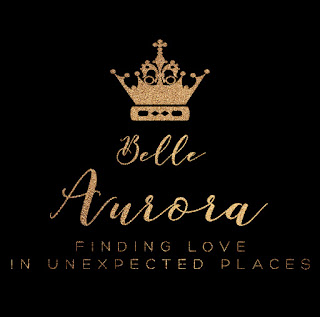