Are you ready to get Dirty?
Dirty is Book One in Kylie Scott’s Dive Bar Series. 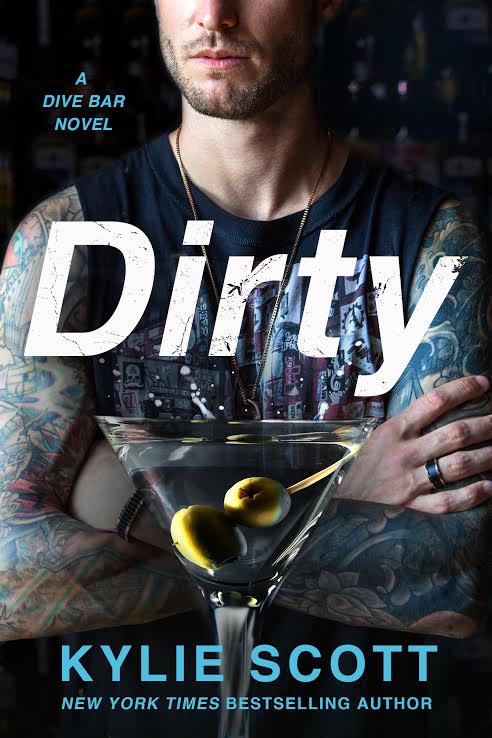 Blurb
The last thing Vaughan Hewson expects to find when he returns to his childhood home is a broken hearted bride in his shower, let alone the drama and chaos that comes with her.

Lydia Green doesn't know whether to burn down the church or sit and
cry in a corner. Discovering the love of your life is having an affair on your wedding day is bad enough. Finding out it's with his best man is another thing all together. She narrowly escapes tying the knot and meets Vaughan only hours later.

Vaughan is the exact opposite of the picture perfect, respected businessman she thought she'd marry. This former musician-turned-bartender is rough around the edges and unsettled. But she already tried Mr. Right and discovered he's all wrong-maybe it's time to give Mr. Right Now a chance.

After all, what's wrong with getting dirty? 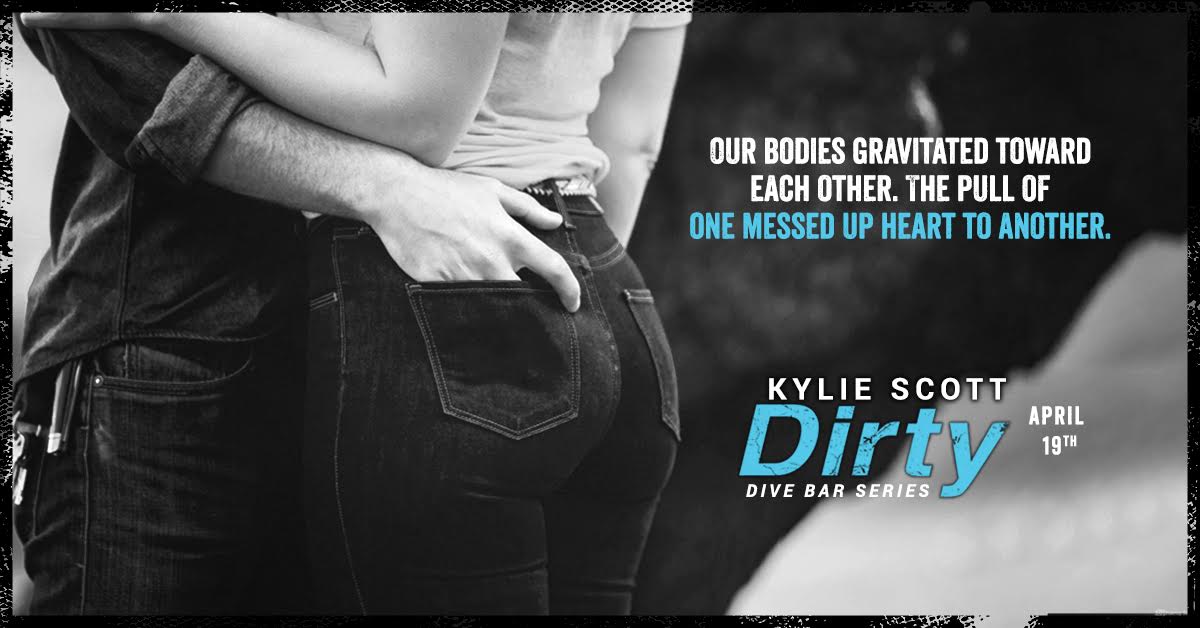 Excerpt
“Once upon a time,” he began, voice low and measured. “There was a princess. A beautiful, occasionally annoying princess.”

“What was her name?”

I frowned. “Her name is Notlydia?”

“You wanted a story, I’m giving you one. Shut up.”

An even heavier sigh from the man. “Anyhoo, Notlydia was all set up to marry this prince. We’ll call him Prince Bag of Dicks.”

“But on the day of her wedding, when she was wearing this sweet dress that served her tits up like they were a fucking platter—”

“Is this an R-rated story?”

“So on the day of her wedding to Prince Bag of Dicks, Notlydia kisses him and he turns into a big slimy two-headed toad with terrible breath and even worse foot odor.”

“Whoa.” I rested my head back against his shoulder. “Poor Notlydia.”

“Hell of a plot twist, right?”

“Never saw that one coming.”

“Mm.” He rested his cheek against the top of my head.

“And she takes off into the woods. She’s running through bushes, jumping fences, climbing trees, you name it. Nothing’s going to stop her from getting the hell away from that toad, Prince Bag of

Dicks.” He took a sip of beer. “Unfortunately, she loses her fancy dress along the way. She’s just down to some skimpy underwear and a corset and with all that jogging through the forest, it’s barely holding her in. One decent breath and there’s going to be nipple out there for all the world to see.

Did I happen to mention she’d been voted Best Rack in the kingdom four years running? Anyway, eventually she finds this small cottage. Now, what you don’t know about Notlydia is that she has a shady past.”I tried to look up at him. But with the angle, all I got was stubble and cheekbone. “That doesn’t sound like Notlydia.”

“Be quiet.” A hand covered my mouth. “Notlydia’s a dirty, dirty girl. Got a bad side like you wouldn’t believe. A little breaking and entering is nothing to her. So into the house she goes. But she’s all muddy from running through the woods, see? She can’t let people see her like this, she’s a princess, for fuck’s sake.”

The hand remained over my mouth. Which was fine, I had nothing to add to his pornographic fairy tale.

“Notlydia gets in the shower and starts soaping herself. There’s lots of bubbles and steam, and she’s a modern woman so there’s a bit of self-love. She even finds time to wash her hair, shave under her pits. Things like that. But then the owner of the cottage wakes up and hears the water running. He stomps into the bathroom saying, someone’s using up my hot water. Notlydia cries out, not me, not me.”

He craned his neck, meeting my gaze. “See, babe, what did I tell you? That Notlydia is a filthy little liar.”

I looked up to heaven. No help was forthcoming.

“Someone’s using up all my soap, says the owner. Not me, not me, cries Notlydia.” He put his lips next to my ear. “She should be ashamed of herself, shouldn’t she? If ever a busty princess deserved a spanking.”

I bit at the palm of his hand, teeth catching at the fleshy mound beneath his thumb.

“Stop!” I put my hands over my ears, trying desperately to hold in my laughter. “This is the worst story ever. The Brothers Grimm are rolling over in their graves.”

“Notlydia throws back the shower curtain and says, oh yeah, big boy, that was me. Come and get it. And they have wild sex all over the cottage.” Vaughan’s body jerked beneath mine as he laughed his ass off. “The end.”

“No way. Notlydia is virtuous and pure. She’d never pull that sort of shit.”

“Nah.” He chuckled. “It all happened exactly as I said. Dirtiest princess in all the land.”

“Like hell. The owner of that cottage was a pervert and a deviant. Why, he would have picked the lock on a chastity belt. She never stood a chance.” Difficult to maintain my pious stance, given I’d started laughing so hard tears were pouring down my cheeks. The funny bastard. “I want to know more about this cottage owner. What’s his name?”

“If he wanted to. Or not. Whatever,” I added weakly. Crap. “Let’s go back to not talking.”

I was a moron.

We’d been all relaxed and laughing. Me and my idiot mouth. Way to go, Lydia. Just shout out any old impossible daydream to the dude who’s made it clear there was no future “we.” If someone could just direct me to the nearest brick wall, I’d knock a little sense into myself.On the other hand, it was two stupid words. Surely he could have ignored the last hundred years of Disney perpetuating slick-haired young royals gallivanting around the countryside saving hot babes in distress. For the sake of getting along. God knows, Chris never had any problems ignoring or placating me. I’d seen his thoughtless gorgeous smile aimed my way a hundred times. No, a thousand. If only I’d recognized it for what it was.

Ugh. Just the thought of it made me want to punch the douche all over again.

Maybe I needed a bit more than a week to get over that catastrophe. The money would help. Substantially. I’d never imagined that compromising my morals and taking hush money from such foul woe-begotten assholes would feel so good. Maybe I should sell out more often.

“This, ah, this Prince Charming of yours,” he said haltingly.

Vaughan shifted beneath me, pushing out a heavy breath. “I mean, it doesn’t make sense, does it? Why would he be in a cottage instead of a castle?”

“Well . . . his parents, the king and queen of the neighboring kingdom, died in a terrible accident.”

I stayed perfectly still, waiting to see how he’d react.

“And it hurt him so bad he just, he didn’t want to be a prince anymore.”

“It’s not fair, but it happens,” I said, feeling my way with more caution than skill. “The prince loved his parents and the castle had too many memories.”

“So he ran away into the woods too.”

“Doesn’t sound like much of a prince if he can’t handle his shit,” he said.

“Princes are just men too, human beings. I don’t think a crown or a penis gives you magical invulnerability to loss and pain.” I stared at the wall, thinking the problem through. “Life is hard.

Terrible things happen. We all have feelings. We’re all just flesh and blood, trying to do our best.”

“Running away from problems isn’t doing your best.” His voice echoed around the small room, the same as around in my head.

What with holding the Coeur d’Alene title for runaway bride of the year, I had no answer. None at all. So much for my half-assed wisdom. 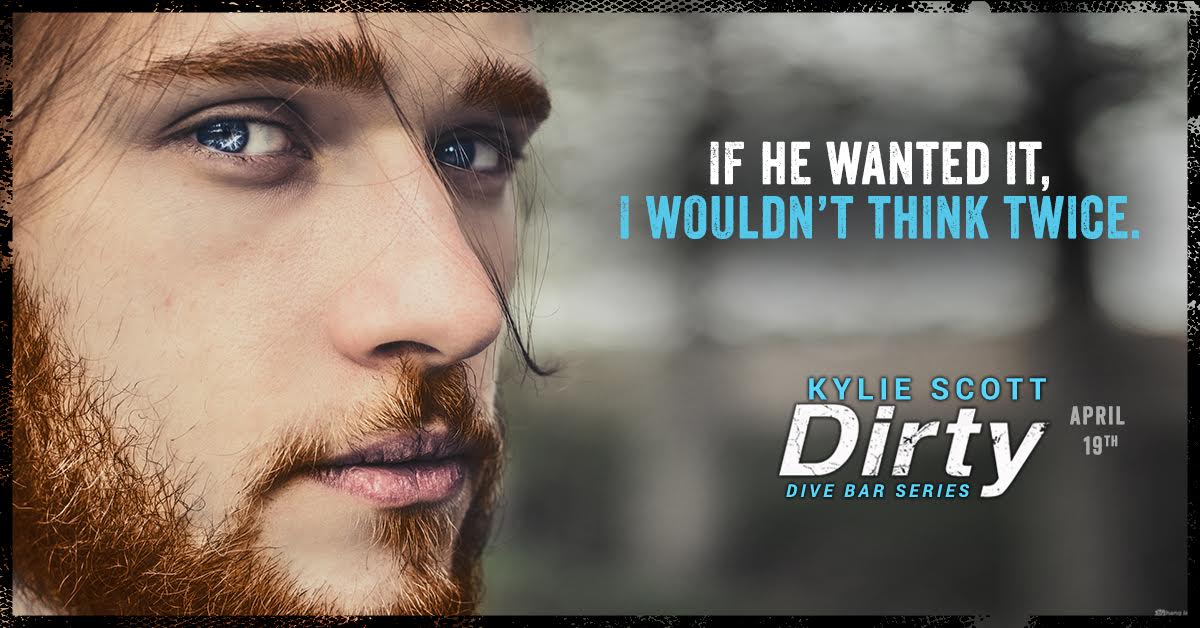 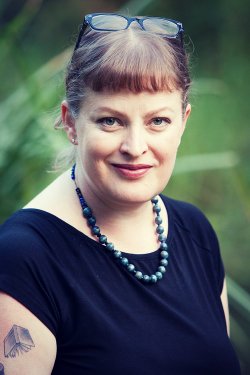 Kylie is represented by Amy Tannenbaum at the Jane Rotrosen Agency, New York.