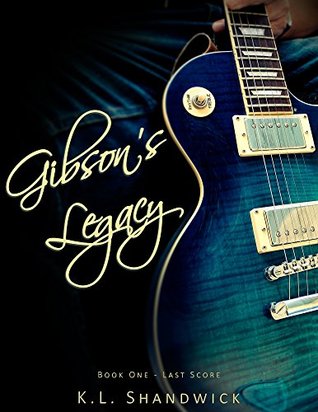 Gibson Barclay has been famous for almost seven years and he's only twenty four.

Seldom does anyone pick up a magazine, newspaper or watch a television entertainment show, without seeing his image or reading about his promiscuous antics . He had no need to court publicity with his magnetic charm and charismatic ways; when he chooses to cooperate that is. Shrugging off the advice of publicists and image consultants, Gibson makes no excuses for who he is, and with no ties,he answers to no one about how he chooses to live his life. From teenage musician to twenties mega rock star, Gibson has seen and done it all. Women fantasize about him and men envy his rock scene, womanizing lifestyle. Only one person ever made Gibson feel uncomfortable about the way he lived his life. No one ever said no to him that he can remember, although there were two minute events that he has never been able to shake from his mind. Both of those events involved the way Chloe Jenner looked at him. It was something and nothing, but for him, the impact haunted him. In the strangest twist of fate, something so wildly obscure occurred, that set his mind ablaze with the memory of that small encounter. Like all women, Chloe found Gibson striking and had even shared with her friends, her own guilty fantasy about him. Fantasy and reality were poles apart and Chloe believed that Gibson Barclay never even knew that she existed.

Gibson’s Legacy is a story about a guy names Gibson Barclay. He grew up with a mother who was an escort so he was very familiar with sex when he was 16 years old. His father grew up in the music business and he was names after a guitar. Gibson is in a band called M3rcy. He is such a womanizer. Chloe Jennifer is a plain girl. She is in a relationship with her high school sweetheart, Kace. She first saw Gibson at a bar and she had a crush on him, fantasizing about him. As the story progresses something happens with Kace and Chloe’s relationship. She ends up leaving and fate draws up a plan for Gibson to finally share what he felt when he first saw Chloe five years ago.
To me, Gibson was a player. He didn’t care who he did until Chloe. There was something about Chloe that was different from all the others. I liked how the story unfolds. Chloe’s and Gibson’s chemistry was hot like fire. Lots of hot, detailed scenes. I also liked how Gibson cared for Chloe. I didn’t like Kace that’s for sure of how he treated Chloe. You don’t treat someone like that especially when it’s someone you love. I wanted to punch him.
This is the first book I’ve read by K. L. Shandwick. I can’t wait to read the second book. Her writing style is very descriptive. This book flowed for me. I’d recommend this book to anyone that likes to read about rock bands and love.
Parts of the story I liked:

“Chloe, when you smile you light up the room, light up my heart, but mostly your eyes become so luminous and vibrant they make me feel breathless. When I see them like that my heart stops momentarily, while I lose myself in them.” 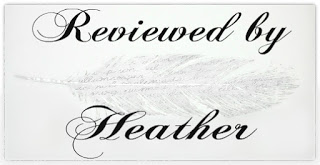 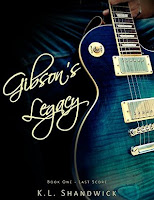 Posted by ShutUpShabby at 1:47 PM