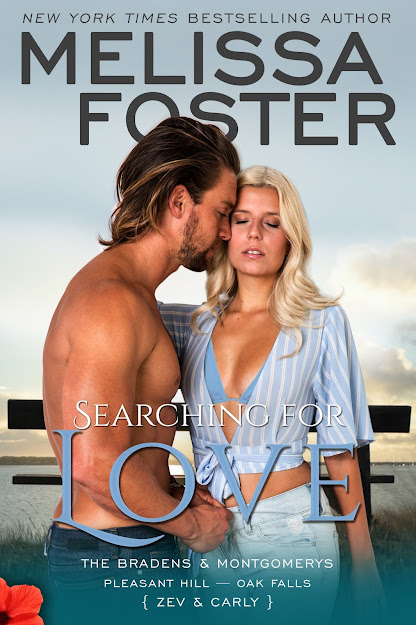 Discover the magic of New York Times bestseller Melissa Foster's writing and see why millions of readers have fallen in love with the fiercely loyal and sassily sexy characters in the Love in Bloom big-family romance collection. Love in Bloom novels are written to stand alone or may be enjoyed as part of the larger series, so dive right into this fun, sexy romance.

In SEARCHING FOR LOVE...
Zev Braden and Carly Dylan have known each other their whole lives. Their close-knit families were sure they were destined to marry—until a devastating tragedy struck, breaking the two lovers apart. Over the next decade Zev, a nomadic treasure hunter, rarely returned to his hometown, and Carly became a chocolatier and built a whole new life across the country. When a chance encounter brings them back into each other’s lives, can they find the true love that once existed, or will shattered dreams and broken hearts prevail? Find out in Searching for Love, a deliciously sexy, funny, and emotional second-chance romance.

Zev and Carly were once in love. They were childhood best friends turned sweethearts. But when a tragic event happens they go their separate ways. Now Carly is standing in front of Zev again and he has one week to make her fall back in love with him. He’s never loved someone the way he loves Carly. The question is does Carly still love him.

My heart hurt for both Zev and Carly. They were young when Zev left and they’ve grown a lot as adults since then. The things left unsaid will be their downfall. But the question is, do they stand a chance at a happily ever after? Or are they bound for heartache once again?

I loved these two. I think if you take a chance on Searching for Love you will love them. I also loved their unconventional jobs. It was refreshing. 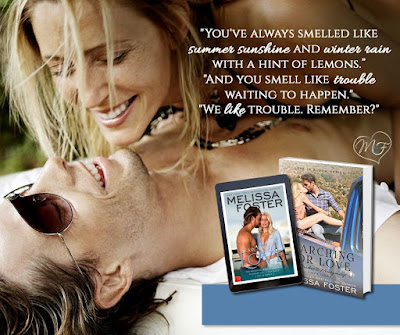