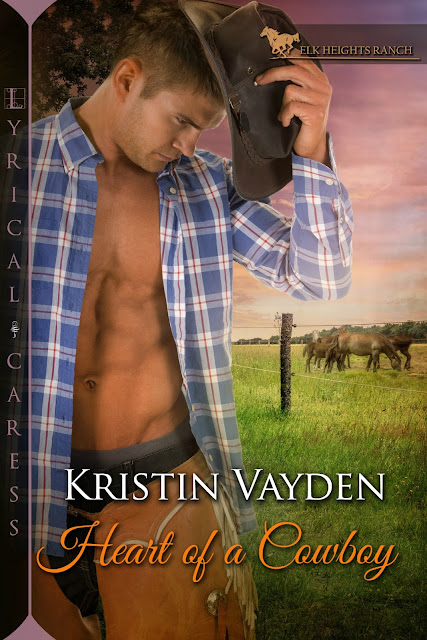 A stubborn cowboy has sworn never to forgive or forget—but one special woman may find a way to change his mind . . .

Hospice nurse Laken Garlington helps people face the end with peace and dignity, surrounded by their loved ones. But the son of her new patient didn’t come home to reunite with his dad. So why is Cyler Myer back in horse country? It’s clear the sexy, six-three hunk with the steely eyes has a score to settle, and Laken doesn’t plan on being collateral damage . . . no matter how irresistible she finds the prodigal cowboy.

Dying is too good for the father Cyler will never forgive—not in this lifetime.
Showing up at his family’s Washington State ranch is the first step in his plan. But revenge takes a back seat to desire when Cyler meets a bossy beauty who arouses feelings he isn’t ready to face. As they work together to save an ailing mare, Cyler realizes he must decide where his true destiny lies. With darkness . . . or with the woman who offers the promise of redemption with every kiss.

“A book that packs a punch to the feels, 5 stars”

I want to start off by saying this was my first read by Vayden. I am a fan of her sisters so I figured I would give her a try, and I’m glad I did. The Heart of a Cowboy is something else. Its not the typical love story with lots of heat. It’s a story that holds hope, redemption, forgiveness, acceptance, and love. I read a lot of romance and I can honestly say I haven’t read a story like this before. I loved the characters names because they were different. I loved the man who brought the couple together because he reminds me of someone I know.

Coming from a rural area I totally got what Vayden was telling and could see it play out in my mind. Over all for me The Heart of a Cowboy is a homerun.
Laken has a huge heart and is dedicated to her job. When she was a teenager and watched her grandmothers, health go downhill she discovered the path she was supposed to be on with the help of a hospice nurse. She will do whatever she needs to insure her client is content. Laken is always professional, until Cyler.

Cyler and his father are the text book definition of oil and water. The family feud between them is long and deep. When Jack calls him to tell him he’s dying Cyler feels nothing. When he goes to see if he can shock his father into a early grave he’s the one who gets the shock of his life thanks to a sassy hospice nurse. Will he make peace with his father or will he always resent the man?

Take a chance on The Heart of a Cowboy. Even though its not my typical read I am glad I did and I think you will be too.

Kristin's inspiration for the romance she writes comes from her tall, dark and handsome husband with killer blue eyes. With five children to chase, she is never at a loss for someone to kiss, something to cook or some mess to clean but she loves every moment of it! Life is full—of blessings and adventure! Needless to say she’s a big fan of coffee and wine…and living in Washington she’s within walking distance of both!

http://www.rafflecopter.com/rafl/display/e30cf8db9
Posted by Jennifer at 3:00 AM