About THE OTHER BROTHER:
Every choice has a consequence.

Charlotte Thompson knows it all too well. On the run from her past, she hopes to start over in her new home. To keep her secret safe, she must avoid getting close to anyone. The last thing she wants is to get involved with the town’s notorious bad boy.

Tanner Brooks is forever doomed to live in the shadow of his older sibling. Regarded as troubled and brooding, he’s seen as nothing more than theother brother. That all changes when a striking new girl captures Tanner’s attention. Charlotte gives him something to feel other than heartache and rage. Determined to prove himself, he will do anything for her … even if it means putting his life on the line.

Between Tanner’s unwavering pursuit and Charlotte’s wavering defenses, sparks fly. But when Charlotte’s past catches up to her, she is forced to facethe consequences of her actions. What’s worse, Tanner is taken along for the ride. Charlotte needs to save Tanner from her mess and keep them both alive.

This is an opposites attract, standalone romance about first love, finding your strength, and learning how to forgive not only others, but yourself. 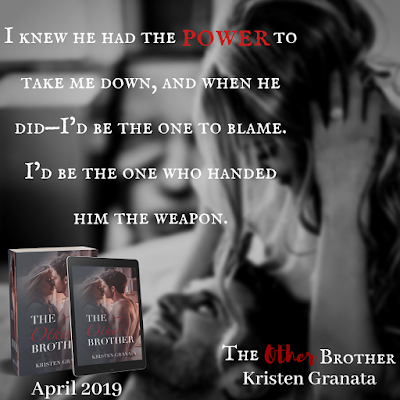 About Kristen Granata:
Kristen Granata is a teacher by day, and an (exhausted) author by night. Known for writing emotional New Adult Romance, she loves creating realistic, flawed characters who struggle through the darkest parts of life and come out stronger on the other side. Kristen is a self-proclaimed "bitter cynic trapped in a hopeless romantic's body." Her characters pack a sarcastic punch, make you laugh, make you think, make you ugly cry - and they will always live happily ever after. If you're a lover of moving, inspirational reads, Kristen's your girl.

Kristen was born in Brooklyn, New York in 1986. She moved to Staten Island with her family and lived there for almost twenty years. There she attended community college and became a teacher. Despite her passion for writing, and despite her professors strongly suggesting she become a writer, she took the more sensible route (bitter cynic, remember?) After going through a difficult divorce when she was only twenty-nine, Kristen returned to writing. The raw story that poured out of her led her to publish her debut novel, Collision, in March of 2018. Soon after in August 2018,the sequel, Avoidance, was published. Her third novel, The Other Brother, releases on April 23rd. 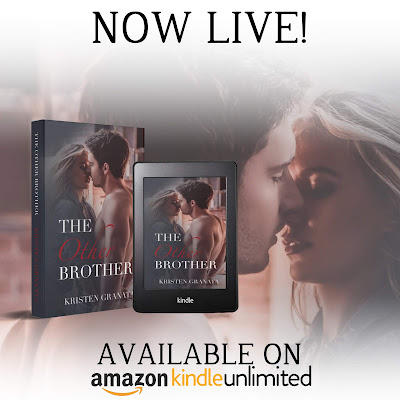 This is the first Granata book that I have read and I can say that even thought this is book 3 in the Collision series I don’t feel lost when I picked it up.
Charlotte lost almost everything and now she is living a very big lie; feeling like her father betrayed her they start a new life. When she comes face to face with the shirtless god that is Tanner she reminds herself that she does not need a bad boy in her life; especially once that has no control over his temper. Tanner gave up his dreams to stay at home and be there with his family when they needed him; taking over the family business and sharingthe load. He has been carrying around the heavy burden on his shoulders for the past 2 years taking it out on everyone around him. When he meets Charlotte is wants to shed all of that to be the man she deserves; can he be everything she needs him to be or will her own lies and guilt be the end of them?
I personally enjoyed the storyline of this book and while I felt it took a long time to get into the nitty gritty of it all I thought the book was very well written and the story pulled me in wondering how it was going to play out.
I look forward to reading more from Granata in the future.
**Reviewed for Amity Book Reviews**