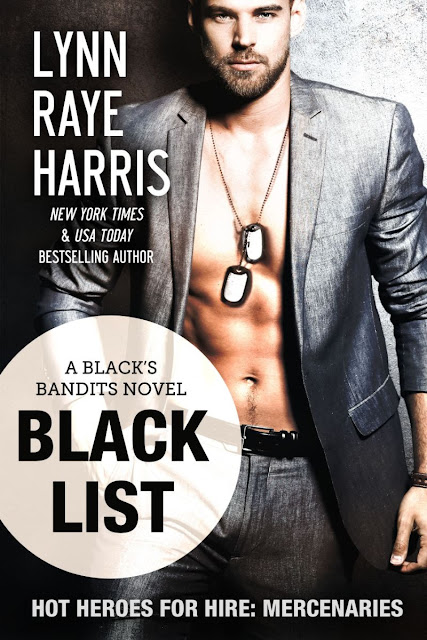 
BLURB
Jace Kaiser is a man without a country, without connection. His only loyalty is to the group who saved him and the man who leads them.
Until her…
The assignment should have been easy. Capture a deadly assassin and take her to HQ. But flawed intel leads to disaster, and Jace abducts a beautiful art appraiser instead. Intrigued by her courage, he’s drawn to her in ways he can’t explain. Dr. Madeline Cole stood up to him, fought for her identity, and never backed down. She’s the kind of woman he could fall for if it wasn’t so dangerous—for her.
Then Maddy is targeted for elimination because she’s the sole person who can identify the mysterious female assassin—and the only thing standing between her and certain death is the sexy mercenary who swears he’ll die before he lets anything happen to her. As the passion between them ignites, it seems clear that keeping Maddy safe has become the most important assignment of Jace’s life.
Even then, protecting her might not be enough—because Jace has secrets that could destroy them both. And someone is determined to unmask them all…
The first book in an exciting new series! Black’s Bandits are rogues. Mercenaries. Men and women who will do anything for anyone—for a price. But there’s something deeper at work in their missions, and only their leader knows the truth of what they fight for. Jace Kaiser owes the Bandits everything—and he’s about to be challenged in ways he doesn’t expect!
GOODREADS LINK: https://www.goodreads.com/book/show/44574316-black-list-black-s-bandits---book-1
PURCHASE LINKS
US: https://amzn.to/2Xs81Qw
UK: https://amzn.to/2PnKCwQ
CA: https://amzn.to/2Zw1MwW
AU: https://amzn.to/2UIYbN7
B&N: http://bit.ly/2Iuc0IK
Kobo: http://bit.ly/2VfA3B2
Apple Books: https://apple.co/2DoBi6T
Google Play: http://bit.ly/2Vd2q2W
EXCERPT
Oh hell. Maddy’s thighs clenched tight as a ribbon of desire uncoiled inside her. Her brain told her this was probably a bad idea, but her heart urged her to go for it. To take the leap and see where it led. Her life had been very dull until Jace careened into it little more than a week ago. Since then, her thoughts had been filled with him. With the spark of his blue eyes, the handsome cut of his jaw, the mysterious and dangerous air that surrounded him. He was the embodiment of that boy from high school. The one that mothers told their girls to avoid. The bad boy who smoked cigarettes and thumbed his nose at authority—and academics—while being so appealing and tempting that teenage girls often lost whatever good sense they possessed just for a few exciting weeks as his girlfriend.
There was nothing so tempting as a bad boy. And Maddy wasn’t an innocent schoolgirl anymore. She was a woman who could make decisions for herself. Though this decision was probably going to come with a lot of regret at some point, the ride was too wild and too promising to refuse.
Maddy ran her fingers up his biceps, hooked them around his neck, and stood on tiptoe to deliver a sweet kiss to the corner of his sensual mouth. “I’m ready,” she whispered, her heart pounding recklessly, dizziness swirling in her brain.
His hands on her waist tightened for the briefest of moments. And then he stepped back and took her hand, retreating toward the City Dock and the parking garage. When they finally reached her car, he turned her and backed her against it like he had yesterday. His gaze swept over her face, studying her. Probably for signs of second thoughts.
Maddy leaned up and kissed him again. “It was a long walk, but I haven’t changed my mind. In case you’re wondering.”
“Good.” He kissed her again and her stomach flipped. So good.
When he stopped kissing her, she was dizzy, and she clung to him so she didn’t slide down the side of her car and collapse in a puddle on the pavement.
“I still want you to think about it,” he told her, his voice rough and soft and warm all at once. Like smooth bourbon whiskey on the rocks. She loved bourbon.
“I don’t need to think about it.”
“Go home, Maddy. I’ll talk to you later.”
Disappointment swirled inside her like smoke. “You’re a very confusing man, Jace Kaiser. Is that really your name?”
“It’s my name now.” She must have frowned because he continued. “I wasn’t born with it, but it’s the name I chose for myself. So yes, it’s mine.”
“I don’t understand anything about you.”
“Which is why you’re going to go home and think about this.”
AUTHOR BIO
Lynn Raye Harris is the New York Times and USA Today bestselling author of the HOSTILE OPERATIONS TEAM SERIES of military romances as well as 20 books for Harlequin Presents. A former finalist for the Romance Writers of America's Golden Heart Award and the National Readers Choice Award, Lynn lives in Alabama with her handsome former-military husband, two crazy cats, and one spoiled American Saddlebred horse. Lynn's books have been called "exceptional and emotional," "intense," and "sizzling." Lynn's books have sold over 3 million copies worldwide.
AUTHOR LINKS
Website: http://lynnrayeharris.com
Facebook: https://www.facebook.com/AuthorLynnRayeHarris
Twitter: https://twitter.com/LynnRayeHarris
Instagram: https://www.instagram.com/lynnrayeharris
Goodreads: https://www.goodreads.com/author/show/2973925.Lynn_Raye_Harris

GIVEAWAY
There is a giveaway for a prize pack filled with an Amazon gift card, signed books, swag, and a fabulous Coach wristlet! ($100 + value, one winner, open internationally)

Back List is the 1st book in the Black’s Bandits series, a great spin off following the very successful HOT series.

Jace owes his boss everything, a man without a blood family; he is skilled in everything that revolves around off the books back op missions. Jace never getting close to anyone in fear that they will be hurt his eye is on the prize every time; it just so happens that this time it’s a gorgeous female that has turned from number 1 enemy to his priority. Maddy is doing everything she can to support the 1 person left in her family, her grandmother that means everything to her. When she is accused of murder, she has no other option but to trust Ian Black and his team to keep her safe from the reality of what could happen.

When Jace’s past comes back to haunt them, they are all put in danger. Can the Ian Black team keep them all safe?

Harris has the ability to pull you into her stories and get lost in the characters; When I picked up Black List I couldn’t wait to find out more about Ian Black’s team; the elusive man that would swoop in and fix all the problems.

Black List did not disappoint; Jace and Maddy were the best characters to start this series. I cannot wait to see who is next in store only having met several other team members; it could be any of them and I will not hesitate to get lost in this new series.