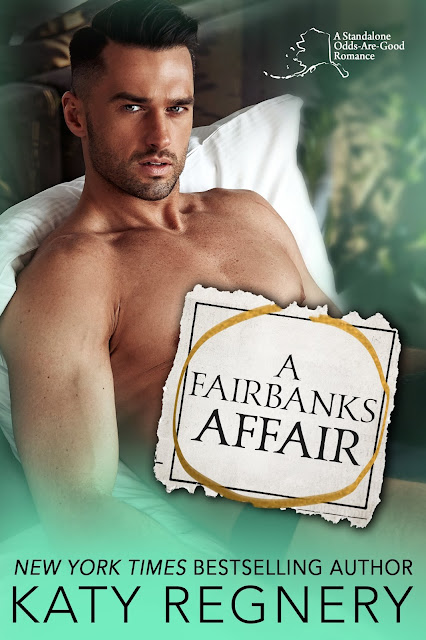 Three nights. Two of us. One bed. Zero chance at love.

Boston businesswoman, Faye Findley, has devoted the last decade of her life to work, leaving no time for romance. Tired of being a 30-year-old virgin, Faye answers an ad in The Odds Are Good magazine, hoping to turn over her v-card to a sexy Alaskan she’ll never see again.

Successful distillery owner, Trevor Starling, was left betrayed and broken-hearted when his brother and fiancée had sex the night before Trevor’s wedding. Anticipating a lonely New Year’s celebration, he places an ad in The Odds Are Good for a no-strings attached weekend of hot sex.

Though mistaken identity threatens to derail everything, the chemistry between Faye and Trevor turns out to be stronger than either could have imagined. And what started out as a one-and-done mission becomes much more complicated.

About the Author:
New York Times and USA Today bestselling author Katy Regnery started her writing career by enrolling in a short story class in January 2012. One year later, she signed her first contract, and Katy’s first novel was published in September 2013.
​
Over forty books later, Katy claims authorship of the multi-titled New York Times and USA Today bestselling Blueberry Lane Series, which follows the English, Winslow, Rousseau, Story, and Ambler families of Philadelphia; the seven-book, bestselling ~a modern fairytale~ series, including Katy’s “Beauty and the Beast” story, The Vixen and the Vet, which was a 2015 RITA© nominee; and several other stand-alone novels and novellas, including the critically-acclaimed, 2018 RITA© nominated, USA Today bestselling contemporary romance, Unloved, a love story.