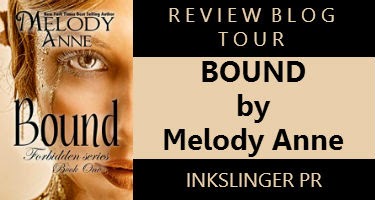 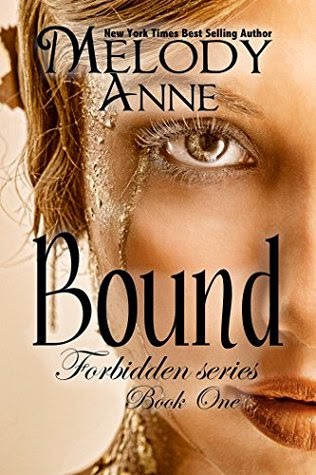 Relinquish Control has just opened its doors in Seattle, and already we are not shy for customers. Relinquish Control is an exclusive escort service catering to the most distinguished customers, from business magnates to foreign royalty. This proven and well-established international business offers an elite selection of women who are ready and willing to attend to your every need with no questions asked. Confidentiality is our special obligation.

Jewell Weston is homeless and desperate at age twenty-four. Two years ago, she quit her job to care for her ailing mother and her young brother; the medical bills incurred because of the cancer that killed her mother two months ago took everything the family had, and the state then took away her brother, now age fourteen. The only way for her to get the boy back is by finding a job and securing a home.

When she’s approached by a woman in cashmere and pearls who tells her she can change her life, and is handed a card with the business name Relinquish Control on it, she thinks she has nothing to lose by calling the phone number. Maybe this will be the answer to her prayers, a way to save her little brother from the nightmarish foster home he’s been placed in.

Blake Knight, known to the world as cold and without a heart, is given an exclusive membership to Relinquish Control by his devilish younger brother, who thinks it would be amusing to make his staid brother squirm. Little does this brother realize that Blake does indeed have unusual desires that Relinquish Control can cater to perfectly. What started as a joke turns out to be just what Blake needs. Though the world sees this man as deliberate and emotionless, it’s nothing but a façade. What lies underneath would shock all those who know him.

When he and his two brothers were six, eight and ten, they were tied up and forced to watch while their parents were murdered. The image has been burned into their minds, though they’ve tried to forget, leaving each of them guarded and unwilling to give their trust to anyone other than each other. No one is allowed to have their hearts. The brothers would never think of letting down their guard with anyone else, certainly not with a woman.

Melody Anne is the author of the popular series, Billionaire Bachelors, and Baby for the Billionaire. She also has a Young Adult Series out; Midnight Fire and Midnight Moon - Rise of the Dark Angel. She's been writing for years and published in 2011. She hold a bachelors degree in business, so she loves to write about strong, powerful, businessmen.

When Melody isn't writing, she enjoys spending time with her family, friends, and pets. She lives in a small town that she loves, and is involved in many community projects.

See Melody's Website at: www.melodyanne.com. She makes it a point to respond to all her fans. You can also join her on facebook at: www.facebook.com/authormelodyanne, or at twitter: @authmelodyanne.

“Let me give you the tour of our facilities and tell you a little more about us, things that you won’t find on the website,” McKenzie said as she began leading him from the room. “We are particularly selective. Our women are, first and foremost, elegant. No one will know you are with an escort. They are trained to be anything you need. We have a list of questions for you to answer, and then we set you up with potential candidates, women who won’t question what you want from them. Not only that,” she said, pausing to look at him, “but they will also enjoy every minute of it.”

I really enjoyed this book. I've read quite a few books in this genre lately, but this one really stood out as being different.Jewell is a gorgeous 24 year old, who is completely down on her luck. She quit her job 2 years ago to move back home and help out her mom and younger brother, when her mother gets sick. Her mom passes away and the medical bills zap any money that they have. Then her brother gets taken away by the state. Jewell is left with nothing. Things get so bad, that she ends up sleeping in a shelter. She has to get a job and some money to get her brother back, then it would seem her luck starts to change. She is approached by a woman who obviously has money and she is mysteriously offered a job. She is told to go to a certain place and is handed a card, with the name Relinquish Control on. With no other choices available to Jewell, and her time running out to be able to get her brother back, Jewell decides to find out about the job. Blake Knight is uber rich, gorgeous and has no time for relationships. He has specific and unusual tastes when it comes to women and what he wants from them. His brother gives him a card and some info on an exclusive place where his desires could be perfectly catered to. No attachments, no trouble, just what a man who apparently has no heart needs.When Blake decides to go look around Relinquish Control, he is almost ready to walk out, having seen nothing that takes his fancy, until he sees the new girl. Yet, she isn't ready. She hasn't even completed her training. But Blake wants her, he will take no for an answer and will do whatever it takes to get her. He wants to be the one who trains her. Jewell, does not feel ready to be going with any clients yet. She doesn't want to do it at all, but she pictures her brother to make her fears disappear. She knows she has no other choice, so she swallows her fears and gets on with it. Once she sees Blake, she knows there is something different about him, not just how he looks but also the connection when they looked at each other. So from there on, we see how Jewell handles this new role, and also how Blake handles her. What they have together is very sexy, with some amazingly hot scenes, but also we see Jewell breaking through Blake's cold and hard exterior. Something is building between them, but Jewell is only there for one week, she then has to go back to Relinquish Control for her next client. I loved the originality of this story and also the grittiness of it. It wasn't all hearts and flowers. Blake has a painful past, and we do get to learn parts of it. Some of it, is still a bit vague but I'm guessing that will all be explained in the next book. The ending is quite a shocker but there isn't long to wait for the next book, and I think it helps with the excitement for the next one. The writing was gripping and had me hooked throughout the story. A really enjoyable and addictive read. 4 Stars.

Posted by Louise Seraphim Reviews at 6:24 AM