A TOUCH OF CINNAMON by Bethany Lopez is now LIVE! 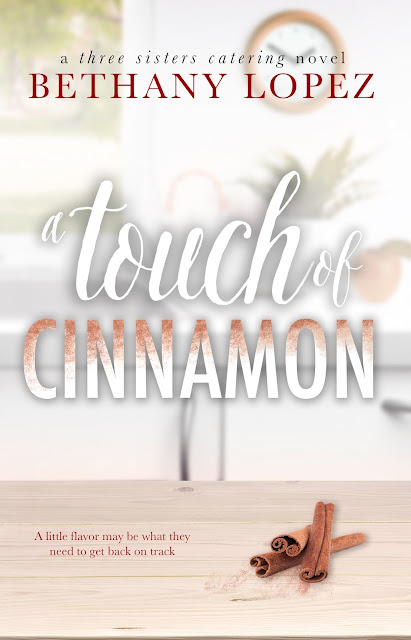 For the past year, Tasha has thrown herself into her catering business with her sisters, but she’s been keeping a secret. The hot, moody owner of Prime Beef is the man she left behind in college...the man she thought she’d never see again. He’s also the only man she’s ever loved.


For the past year, Jericho Smythe has been waging a war with himself. Does he want to know why Natasha broke his heart and left without looking back? Hell yes. But he’s paralyzed by the glimpses he’s gotten of her at Three Sisters Catering and he hasn’t been ready for a confrontation.


Neither of them are content with their lives, but so much has happened since those stolen moments in college. Can the right amount of spice remind them of the love they once shared? A Touch of Cinnamon may be all they need to give Tasha and Jericho back the richness they’ve been lacking.

Jericho knew Natasha was the one the first day he met her during his junior year of college. She was this cute little freshman who looked like a fish out of water. Soon after they were connected at the hip and deeply in love, or so he thought. Now years have past and a second chance is among them. Will Tasha give him the second chance he craves or will she continue to deny them of what they want?
Will an unforeseen force tear them apart or will they hold it together? Only time will tell..

Natasha has one goal and that’s to not end up like her mother. She came close, back in college before her mother past. She let a boy consume her and she knew if she stayed or went back that she would never find a way to breath without him. And if she learned anything from her parents its that someone always leaves, so she left before he could hurt her. Now she’s faced with a choice, give the only man she’s ever loved a second shot or watch both herself and him be miserable forever. Which will she choose?

Sometimes fate makes choices for you and that’s ultimately what happens with these two giving them everything they desire. They paid their dues and grew up apart and now its time to step back up to the plate. I really did like Jericho and Tasha, I just wish there was more to the story. In a way it felt a little too cut and dry for me. With that said though, I cannot wait to see where Lopez takes Tasha’s sister Dru’s story because I have a feeling that one will be a doozy. 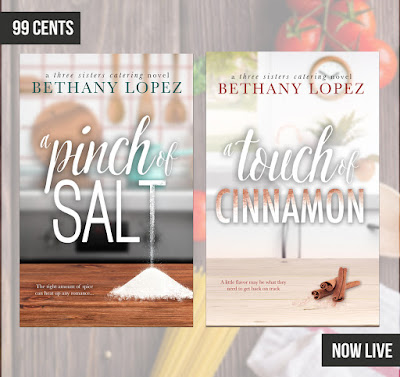 PURCHASE A PINCH OF SALT FOR 99 CENTS

Sign up for my Newsletter for more information about my writing: http://eepurl.com/Rcmrn

Award-Winning Author Bethany Lopez began self-publishing in June 2011. She's a lover of all things romance: books, movies, music, and life, and she incorporates that into the books she writes. When she isn't reading or writing, she loves spending time with her husband and children, traveling whenever possible. Some of her favorite things are: Kristen Ashley Books, coffee in the morning, and In N Out burgers.