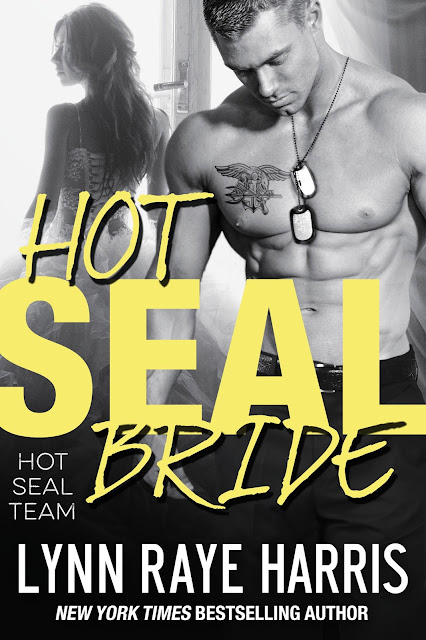 Sold to the highest bidder…

For the past fourteen years, Princess Antonella Rossi has
been a virtual prisoner. She has no friends, no fun, and she’s not allowed to
leave her aunt and uncle’s Virginia compound without an escort.

But today is her wedding day. A rich sheikh has bought her
virginity, and with it her freedom. Any hope of independence Ella’s ever
cherished will disappear the instant she faces him across the altar. With time
running out and the wedding party gathering, Ella seizes the opportunity to run
as far and fast as she can.

Navy SEAL Cash “Money” McQuaid isn’t looking for trouble,
but trouble always seems to find him. This time trouble is five foot four and
wearing a wedding dress. Rescuing a runaway princess has consequences though,
and with his face plastered on the evening news and his career on the line, he
realizes there’s only one way out of this mess—he has to marry her!

It’s a marriage in name only, just until he can clear his
name and win Ella the freedom she seeks. But shacking up with a gorgeous virgin
isn’t as easy as it seems, especially when the sparks snapping between them are
hotter and more dangerous than anything Cash has ever experienced. By the time
he realizes it’s too late to resist his virgin bride, an unseen enemy is intent
on taking her away from him.

Cash is gonna need all his skills—and his friends on the
Hostile Operations Team—in order to rescue his princess bride and give her the
happily-ever-after she deserves.

The Hostile Operations Team is a covert military Black Ops
unit. Their motto is Where None Dare. H.O.T. operators come from all branches
of the military. The only criteria for membership: they must be the best of the
best! 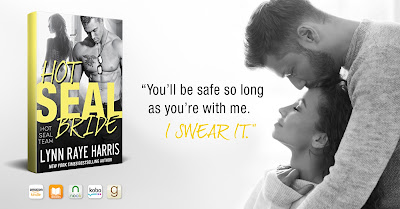 Hot Seal Bride is a steamy novel! This book does seem like it is a part of a series, but it does not need to be read in order to understand the story. This is the first book in this series I have read and I did not feel lost. If anything, it made me curious as to how some of the minor characters got together. This book has mystery, heat, and a lot of action. If this is the type of book you like, get your copy now.

The plot of this book was exciting for me. It took me by surprise. I knew that these two characters were getting married, but I didn’t know why.  Boy was it a shocker when I read the beginning of this book. This author does a good job of discussing a topic that can be quite touchy depending on which culture  you come from. For some, it is appalling, while for others it might seem a little more acceptable. Either way, it was a good addition into this story.

I liked both characters in this book. Cash is one hot Navy Seal. What I love most about him is that being a Navy Seal is ingrained in his character and soul. He never once hesitates to make a decision and protect others. I love that about him. Then you have Ella. She is a shock on her own. She has a whole back story that surprised the heck out of me. She is also a strong woman. Even though she has been through some stuff in the past, she does not let that hinder her from living her life. I like her take charge attitude.

The heat in this book is steaming hot. There were a couple of chapters that I felt my face heating up as I read them. One even had me looking to my husband to make sure he wasn’t paying me any attention. These characters have an underlying slow burn that starts almost from the beginning. I mean each character is described as attractive and Ella has lead a sheltered life. So just imagine where that might take you then double it. That is how hot this book is.

I really enjoyed the writing style of this book. This author did an amazing job with this story line. It was everything I expected and more. The pace of this story was fast, but it fit the type of story it is. There was plenty of action, but also some slower, sweet areas. The characters were all written well.

Overall, this was a great book. I really enjoyed the storyline and the characters. I want to go back and learn more about some of the minor characters while also continuing on with this series and seeing which character is going to get bit by the bug next. I would recommend this book to others who like a lot of heat and action in their books. 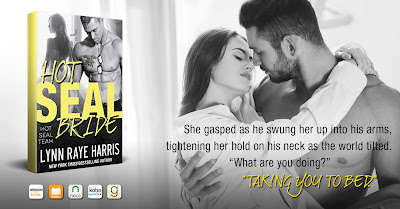 
New York Times and USA Today bestselling author Lynn Raye Harris burst onto the scene when she won a writing contest held by Harlequin. A former finalist for the Romance Writers of America's Golden Heart Award and the National Readers Choice Award, Lynn lives in Alabama with her handsome former military husband and two crazy cats. Lynn writes about hot military heroes, sizzling international billionaires, and the women who dare to tame them. Her books have been called "exceptional and emotional," "intense," and "sizzling." To date, Lynn's books have sold over 2 million copies worldwide. 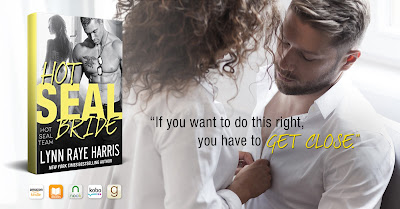 Posted by Louise Seraphim Reviews at 6:40 AM