Title: Pieces of Me

For Cooper, being a single dad was never part of the plan…

After the devastating loss of his wife, Cooper Matthews has
to carry on for the one person who is counting on him to come out the other
side—his young daughter. She’s all he needs, or so he thinks, until a chance
encounter brings Lexi Beaumont into his life.

Escaping a toxic relationship, Lexi returns to the town
where she grew up, eager to start over. Meeting Cooper exposes an undeniable
chemistry between the two of them. But his conflicted feelings and the love he
still carries for his wife, forces him to push Lexi away, keeping her at arm’s
length.

Can two fractured hearts come together as one? Or will the
past be too much for either of them to overcome?

Cooper had it all and had it ripped from him well before he was ready. Now he finds himself leading a different life. As a single dad he doesn’t have time or the desire for anyone else. When he finds himself needing help with his daughter when he’s at work one of his sister’s friends steps up. Only there is so much more to Lexi than he thought. She makes him feel again, is he willing to take a chance on that?

Lexi just got out of a horrible relationship. When she took the job with Cooper she had no idea where it would lead. Lexi thought she swore off men in general but apparently, she was wrong. She wants Cooper and his daughter for herself. The only question is can she? 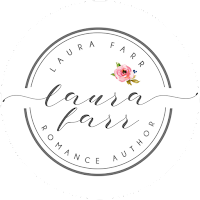 Laura Farr lives in Shropshire with her husband and
two children. When she isn’t working, or being a Mummy she is pursuing her
dream of writing.

She is a romantic at heart and loves nothing more than
writing stories with a happy ever after, even if there is the odd chapter of
angst thrown in! Her desire to write came from her love of reading and when she
isn’t writing you will find her attached to her kindle or spending time with
her family.