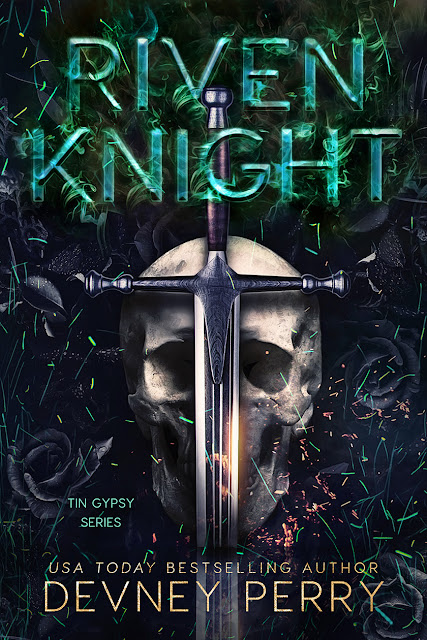 Genevieve Daylee didn’t expect to be standing in front of a judge on her twenty-seventh birthday. But ever since her life became entangled with a former motorcycle gang, she’s learned not to expect anything but trouble.

Her mother, a woman she once admired and adored, is gone, leaving behind a trail of secrets and lies. She’s living in a tiny apartment above a garage owned by her brother, a man who loathes her very existence. And the father she met beside her mother’s grave is as much of a stranger as Isaiah Reynolds, the broken man with soulless eyes standing beside her in front of the judge.

Isaiah is her protector from the murderer at large in Clifton Forge. Though he’s more like a riven knight in dented armor than a prince on a white stallion. She knows next to nothing about him, other than he works as a mechanic. As of tonight, he’ll be sharing her bathroom.

And, according to the judge, Isaiah is now her husband.

Okay, be prepared to read the vaguest book review. Riven Knight is one of those books you just need to read for yourself. There is no way I can accurately review Riven Knight without giving anything away. Perry added twists and turns that I didn’t see coming. There was a couple of times that I literally yelled out NOOOOOO while reading causing my dogs and family to freak out thinking something was wrong. I was sucked in.

What I can tell you is you should read Gypsy King first. Yes, the couple is different but the mystery is the same. Isaiah and Geneieve are a completely unlikely pair. But they were bonded by a secret. A secret they never planned on sharing with anyone. What started as a way to protect them turned into something real. They found love with each other that was strong and true.

Riven Knight sucked me in and then spit me out at the end feeling all sorts off balanced. I want Stone Princess (the next story in the series) and I want it now. If you take a chance on Riven Knight you won’t regret it. A little mystery, a little suspense, and a whole lot of love. What’s not to love? 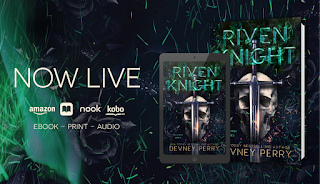