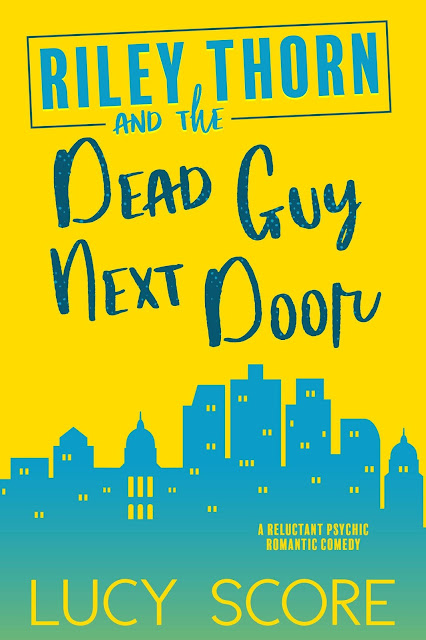 A nice, normal life. Is that too much to ask? For Riley Thorn it is. Divorced. Broke. Living with a pack of elderly roommates. And those hallucinations she’s diligently ignoring? Her tarot card-dealing mom is convinced they’re clairvoyant visions.

Just when things can’t get worse, a so-hot-it-should-be-illegal private investigator shows up on her doorstep looking for a neighbor…who turns up murdered.

Nick Santiago doesn’t play well with others. Unless the “others” are of the female persuasion. Wink. He’s a rebel, a black sheep, a man who prefers a buffet of options to being stuck with the same entrée every night, if you catch his drift.


When the pretty, possibly psychic Riley lands at the top of the list of suspects, Nick volunteers to find out whodunit. Only because he likes solving mysteries not because he wants to flex his heroic muscles for the damsel in distress.

All they have to do is figure out who pulled the trigger, keep the by-the-book detective with a grudge at bay, and deal with a stranger claiming he was sent to help Riley hone her psychic gifts. All before the killer discovers she’s a loose end that requires snipping.

Riley is a hot mess who just wants to live a normal life, but after years of suppressing her gifts they are coming out whether she likes it or not. When she starts having visions, she doesn’t know how to handle it. When she meets Nick her life only gets more interesting. Will her and the PI be able to figure out who killed her neighbor and knows she knows or will her visions become true? Only one way to find out. 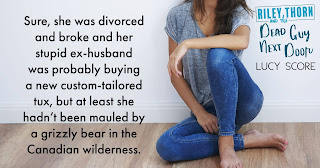 Author Bio:
Lucy Score is a Wall Street Journal and #1 Amazon bestselling author. Small town contemporary rom-coms are her lady jam and she enjoys delivering the feels with a huge side of happily ever after.

Her books have been translated into several languages, making readers around the world snort laugh, swoon, and sob. Lucy lives in Pennsylvania with the devastatingly handsome Mr. Lucy and their horrible cat.

In her spare time she enjoys sleeping, drinking copious amounts of coffee, and reading all the romance novels in the universe.