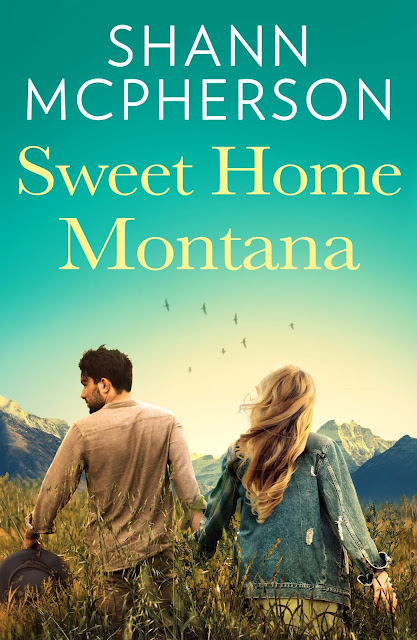 They say that home is where the heart is...
When a family tragedy strikes, Quinn Wagner travels home to Black Canyon, Montana for the first time in almost a decade. Having left her childhood sweetheart Colt at the altar before she fled, Quinn knows her homecoming will mean facing up to her past.
But when Quinn runs into Colt on her family’s ranch and realises that the old sparks still fly between them, she begins to wonder whether it’s time to come home for good.
As Quinn and Colt become closer, it’s clear they have unfinished business. But Colt is hiding something, and when his secret is revealed it will show Quinn just how much can change in ten long years—and how difficult it is to slot back in to a life that’s moved on without her…

Sweet Home Montana is my first story by McPherson and I won’t lie I was surprisingly impressed. Colt and Quinn once had it all and were about to get married when Quinn ran. Now she’s back when she never thought she would be. Her heart is broken from the loss she’s endured and trying to mend old hurts. What she didn’t expect was for all those feelings she felt for Colt to come rushing back. Will she be able to right her wrongs with her ex or is she a decade too late? 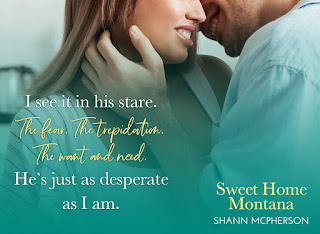 PURCHASE LINKS
US: https://amzn.to/3iNgPLo
UK: https://amzn.to/2E97C0U
CA: https://amzn.to/2DTCFhH
AU: https://amzn.to/3g6WkHE
B&N: https://bit.ly/347I67a
Kobo: https://bit.ly/2Q1Ox3m
Apple Books: https://apple.co/2YbKHsV
Google Play: https://bit.ly/2Q09kEx
EXCERPT
It’s been almost ten years since I’ve been home. Ten years. And yet the two-hour drive from the city, following the banks of the Yellowstone as it runs through the mountains and the valleys, is a drive I know like the back of my hand. Every corner, every dip, every bump in the road is familiar. I could drive it with my eyes closed and never once take a wrong turn. And yet it’s been ten long years since I’ve bothered driving this road because I’m too damn stubborn and proud.
As I navigate my Land Rover rental through the winding roads of the Rocky Mountain foothills, beneath the sky-high ponderosa pines, their branches creating a canopy overhead, my heart races as an unbearable anxiousness begins to consume me from the inside out, the closer I get to my destination. My palms are clammy. My stomach twists. Sweat beads on my brow. I can barely even breathe. I had no intention of ever coming back here. Not after everything. I shouldn’t be here. It doesn’t matter that it’s almost ten years later. I’m still the girl who left Colt Henry at the altar. The girl who broke the heart of the hometown hero. To the people of Black Canyon, I’ll probably always be that girl, no matter how many years have passed.
I still remember the look in his eyes when he came to find me afterwards. When he forced me to tell him what I feared admitting out loud.
I still remember that look of betrayal, the hurt and the pain that I was responsible for inflicting upon him. I still remember it like it was yesterday, not ten years ago. Because that kind of thing will stay with you forever. That look in his eyes haunts me, flashing in my mind every time I close my eyes, as if to remind me of everything I once had, what I’ll never have again because I was stupid enough to let it go in the first place.
I swallow the guilt and remorse that lingers at the back of my throat, reminding myself of my father and the reason that I’m here.
It still feels like some horrible nightmare. Except it wasn’t a nightmare. It was real. It is real. A quick glance in the rearview mirror reminds me just how real it all is. The bruise on my forehead and the graze on my cheek that I suffered when I collapsed from shock, right there on the sidewalk in front of Adam Delaney, is real. The shattered screen on my cell phone from when it fell with me to the pavement, is real. And, the call that started it all was and still is, painfully real.
My father is dead. The one man I’ve looked up to all my life. My hero. My everything. The one man who has always been there for me, to protect me, to keep me safe, to make everything better. He’s gone and I didn’t even get to say goodbye or tell him that I love him just one last time. I lost the last ten years with him because of my mistake, and now there’s nothing I can do about it.
I close my eyes for a beat and grip the steering wheel so tight my knuckles turn a stark shade of white. My chest constricts around my heart, the pain almost unbearable. Tears sting the backs of my eyes, begging for release. But I won’t cry. I can’t. I’ve spent the best part of the last twenty-four hours crying. I don’t know how many tears I have left.
When the trees part and Black Canyon comes into view, for a moment my breath is taken away because in the ten years I’ve been gone, I’d forgotten just how beautiful it is. Surrounded by thick, lush forest, rolling hills, and looming snow-capped peaks, the tiny town really is a beautiful little secret, hidden in the middle of nowhere. A diamond in the rough of the unforgiving wilderness.
A light rain drizzles down over the windshield as I make my way into the city limits and the dark, threatening clouds begin to envelop the mountains, casting an ominous hue over the town.
Releasing a trembling breath, I scrub a hand over my weary face, sniffling back the traitorous tears that continue to threaten me as I drive into the place that brings back so many memories, passing the familiar buildings that haven’t changed one bit in the time that I’ve been away. Everything is still the same, and yet nothing is the same. I’m a different person to the one I was when I walked away from this place all those years ago
If I could go back and undo all the shitty things I’ve done in my life, I would. In a heartbeat. But I can’t. And now here I am, ten years later and my whole world as I’ve known it is falling apart. I didn’t expect to feel so sick to my stomach. But I guess that’s what happens when you come back to the one place you vowed never to return.
AUTHOR BIO
Shann McPherson has dreamed of being an author ever since she was an eleven-year-old writing Beverly Hills 90210 fanfiction before fanfiction was even a thing. For the record, she was and will forever remain #TeamBrenda.

In high school, Shann spent most of her time scribbling stories into the back of her notebook when she should have been listening to her Biology teacher. So, don't ever ask her a question about photosynthesis and expect her to be able to give you an answer.

Shann has been writing contemporary romance for most of her thirty-something years, and she has no plans on stopping any time soon. Her favourite authors are those who write what she likes to read. Abbi Glines, K.A. Tucker, Zoe May, Heather MacKinnon, Karina Halle, and the likes. As far as Shann's concerned, there's enough bad in this world, so why not allow yourself to become lost in a swoon worthy romance every once in a while?

Living in sunny Queensland, Australia, when she isn't working her day job in the tumultuous banking and finance industry, or imagining up her next new book-boyfriend, Shann enjoys making memories with her husband and boisterous toddler son, drinking wine, and singing completely off-key to Taylor Swift's entire discography.

"It's a truth universally acknowledged that inside every woman is an inner-psycho just waiting to be unleashed."
AUTHOR LINKS
Facebook: https://www.facebook.com/ShannMcPherson
Instagram: https://www.instagram.com/shann.mcpherson
Twitter: https://twitter.com/Shann_McPherson
Goodreads: https://www.goodreads.com/author/show/16845569.Shann_McPherson
Amazon: https://www.amazon.com/Shann-McPherson/e/B0851S4MZG
GIVEAWAY
There is a giveaway for 2 x $10 Amazon gift cards
Direct Link:
http://www.rafflecopter.com/rafl/display/ba3ffd552691