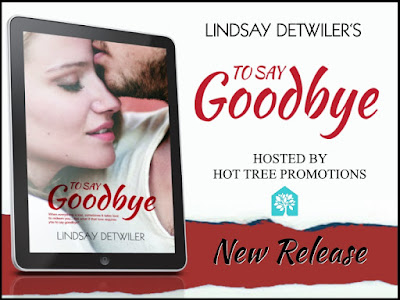 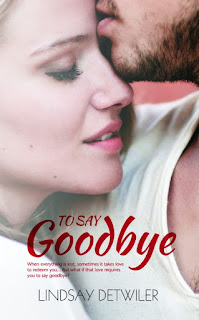 Feisty Sophia never shies away from life. Playful, romantic, connected—her marriage was the thing of fairy tales. But when tragedy strikes, Sophia is left to pick up the pieces of her life.

After leaving the army, Jackson is ready to start afresh. But when he returns home, his life spirals out of control.

As Sophia and Jackson find themselves in each other, they start to see redemption is possible. Trying to piece together a new life, they must answer the question:  Should they forge a life together and say goodbye to their pasts completely, or should they loyally go their separate ways to avoid heartache?

To Say Goodbye is a story about a woman named Sophia who misses her husband Tim.  Tim was her rock and she didn’t know how she’s going to live without him. At least she has her best friend, Stella to count on and be there for her. Stella and her have their own salon called Pink Lemonade.        Then there is Jackson who is also going through some stuff. Jackson was Tim’s friend.    Sophia and Jackson hang out and they easily can have a conversation without being judged. They understand each other.    Both of them ask themselves, Is it ok to see each other?  Do they say goodbye or see where this goes?

Sophia and Jackson are the main characters. As I was reading, thought to myself there wasn’t much details of them being intimate and not much of the word sex. Which to me is perfect. They had a bond, they both knew Tim. The friendship and caring between these two as the story progressed you felt while reading. Stella made me laugh.

Lindsay Detwiler wrote this wonderful story of love and when tragedy strikes it’s not the end of the world.  Her writing captivates you and before you know it the story is done.  I really liked how she incorporated memories of Sophia’s into the story. It fits.  This one touched me. It had feelings to it. It made me think and wonder that I could be in Sophia’s shoes so to speak one day because you never know what will happen.    To Say Goodbye is a story that could easily happen in real life.  I really enjoyed reading this book and I would recommend it to others.  This is a standalone.

“You’re such a strong woman. You’ve been through the wringer these past few months, and you still manage to flash that gorgeous smile. It’s inspired me.” 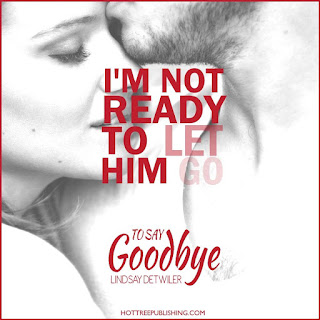 Amazon: US I UK I CA I AU
iTunes I Nook I Are

Facebook I Twitter I Website
An high school English teacher, an author, and a fan of anything pink and/or glittery, Lindsay's the English teacher cliché; she love cats, reading, Shakespeare, and Poe.

She currently lives in her hometown with her husband, Chad (her junior high sweetheart); their cats, Arya, Amelia, Alice, and Bob; and their Mastiff, Henry.

Lindsay's goal with her writing is to show the power of love and the beauty of life while also instilling a true sense of realism in her work. Some reviewers have noted that her books are not the “typical romance.” With her novels coming from a place of honesty, Lindsay examines the difficult questions, looks at the tough emotions, and paints the pictures that are sometimes difficult to look at. She wants her fiction to resonate with readers as realistic, poetic, and powerful. Lindsay wants women readers to be able to say, “I see myself in that novel.” She wants to speak to the modern woman’s experience while also bringing a twist of something new and exciting. Her aim is for readers to say, “That could happen,” or “I feel like the characters are real.” That’s how she knows she's done her job.

Lindsay's hope is that by becoming a published author, she can inspire some of her students and other aspiring writers to pursue their own passions. She wants them to see that any dream can be attained and publishing a novel isn’t out of the realm of possibility.

Posted by ShutUpShabby at 4:11 PM