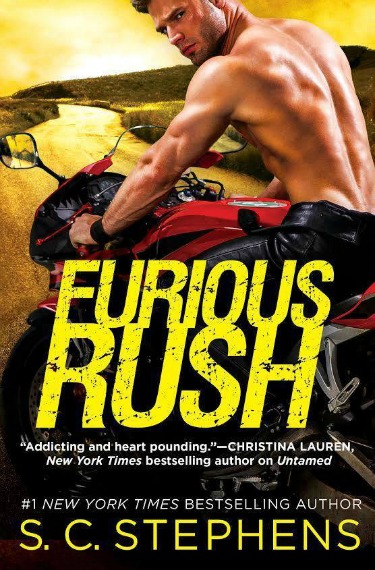 Synopsis:
The first in an emotion-fueled, New Adult series from the #1 bestselling author of the Thoughtless novels.

Mackenzie Cox has a lot to prove. Daughter of a racing legend, she is eager to show the world that she has inherited her father's talent in the male-dominated sport of professional motorcycle racing. The last thing Kenzie needs is to be antagonized by her rival team's newest rider, Hayden Hayes. Plucked from the world of illegal street racing, Hayden immediately gets under Kenzie's skin. His insinuations that Kenzie is a spoiled princess who was handed her career fuels her desire to win, and much to her surprise, Kenzie soon learns she performs better when she's racing against Hayden.

As Kenzie and Hayden push each other on the track, the electric energy between them off the track shifts into an intense--and strictly forbidden--attraction. The only rule between their two ultra-competitive teams is zero contact. Kenzie always does her best to play by the rules, but when her team slips into a financial crisis, she has no choice but to turn to Hayden for help. The tension simmers during their secret, late-night rendezvous, but Kenzie has too much to lose to give in to her desires. Especially when she begins to doubt that Hayden has completely left his street life behind...

If you like racing, motorcycles, sexy men, and quirky women, then this is the book for you. Furious Rush by S.C. Stephens is a great novel that features all of the above. Stephens had me on the edge of my seat throughout the book trying to figure out what was going to happen next! Did I forget to mention there is a little bit of mystery in this book?!? I had inklings as to who the bad guy was, but Stephens kept me guessing to the very end. The only part of this book I did not like was the cliffhanger ending! Now I am left with wanting to know what happens next!

The plot of this book is unique to me. I have only read a couple of racing books, so this is new for me. I really enjoyed the plot though. I particularly liked the mystery element to this book. I am a sucker for romance novels, so I knew the romance aspect would be entertaining for me, but I was not expecting to solve a mystery as well. This really added to the story and took it from a 4 star to a 5 star book for me. Add this with the writing style, and I was hooked!

This story is told from one point of view, Kenzie’s. She is the main character in this book. I really liked the way that the author used the solo point of view to enhance the story. Usually I like dual point of views so that I can tell what is going on with both characters, but with the nature of this book, I think a single point of view was outstanding. It allowed the author to write in a way that added to the suspense of the story. It also allowed us to make judgements on characters based on Kenzie’s thoughts and feelings.

The characters are developed very well in this book. As I mentioned, this is a single point of view book so we really got to watch characters develop in the eyes of Kenzie. Kenzie is a little spitfire, which I really adored. I love books with a strong female lead who has her own goals. Watching her develop was a pleasure as she had to go from a single minded way of thinking to opening her mind to a whole new world. Hayes was a good character as well. Kenzie had many interactions with him, so we were able to watch the subtle changes that maybe Kenzie didn’t even catch onto right away.
This book has plenty of HEAT! Kenzie and Hayes had such a palpable chemistry that as a reader I was just waiting for them to combust. What I appreciate most from Stephens is her way of building up the attraction and chemistry between these two characters without throwing in the intimate aspects right away. I mean we can all write lots of sex scenes and call it heat, but having an author really build up the anticipation and tension until it explodes on the page is a talent not all authors have.

Overall, I really enjoyed this book. Like I mentioned above, there was a cliffhanger so I am impatiently awaiting the next book so I can see where these characters are lead next. I am really hoping for another mystery aspect in the next book as well as this books mystery is solved. I would recommend this book to others and hope readers take a chance on it. Great job S.C. Stephens!

“Well, look who it is. Lucky number twenty-two. Are you here for that scratch, sweetheart? I’m a little worn out after today, but don’t you worry, I’m sure I can still give you what you so politely requested.”- Hayes, Furious Rush 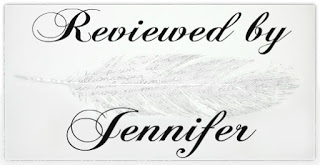 S. C. Stephens is a bestselling author who enjoys spending every free moment she has creating stories that are packed with emotion and heavy on romance. She has been writing nonstop ever since the release of her debut novel, which received a great deal of praise from the literary world. In addition to writing, Stephens enjoys spending lazy afternoons in the sun reading fabulous novels, loading up her iPod with music to reduce writer s block, heading out to the movies, and spending quality time with her friends and family.