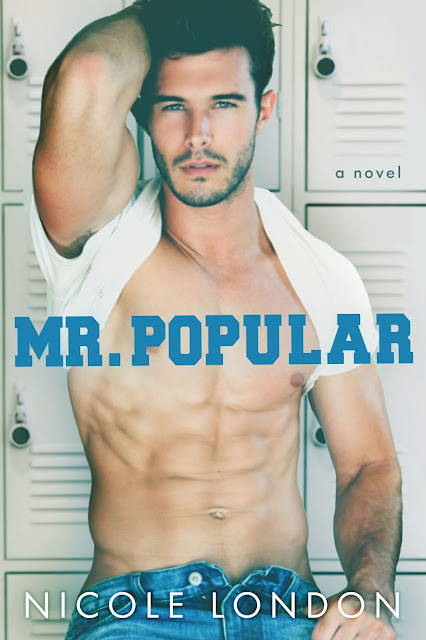 Liam 'Mr. Popular' Carter will always be the closest thing to the "walking plague" in my eyes. His cockiness seeps through his every move, and no matter how many state championships he wins with the basketball team, he will forever be a "loss" to me.

It wasn't always this way, though...

Several summers ago, we both attended the same summer camp. A place we returned to year after year. We became friends--close friends, but right when I thought he could possibly turn into my everything, he made it clear that what we had was nothing.

Mr. Popular was a surprisingly wonderful novel. I say this because the description caught my attention, but I was weary after noticing the table of contents. It seemed like the book was different than it was, which was a great thing in my opinion. This book is a story about romance, second chances, perception, trust, and faith.The plot of this book was a very interesting one. There is obviously history between the main characters, but the reader is not privy to what it is. Instead, this history is slowly unraveled like peeling back layers of an onion. This was interesting because we get to learn slowly about what is going on through flashbacks as if it is present time rather than the past. It also helps us in understanding the motivations of the characters as well.The characters are developed wonderfully. Mariah has a lot of growing up to do. She is still pretty innocent and naive. I loved watching her get her toes wet into a little bit more of adult life. Liam had a bit of developing to do as well. While he was less innocent than Mariah, he still had to learn some important lessons including speaking up and standing up for what you are passionate about. I love following these two characters and watching them grow.While this book contains young adult character, it has some pretty steamy scenes. I was surprised at how much detailed was included. For me that is not an issue, but for others it might be. I thought the buildup of tension between characters felt organic. I believe that this part of the book was done realistically and was very believable for me.The author has a nice writing style. I liked the use of dual point of view and flashbacks. I also liked the steady pace of the book. The author did tackle a slightly serious topic in this book as well. Just be aware if you read this that it touches briefly on the topic of sexual assault. The only parts of this book I didn’t like was that while we get to read some flashbacks, I felt there were parts of the story we were missing. We know these two characters knew each other outside of summer as they live next to each other. I would’ve liked more information about how they interacted in between summers.Overall, I really enjoyed this book. I was skeptical at first, but I am very happy I decided to give this book a chance. I loved the second chance romance and interactions between characters. I also loved the realistic vulnerability and progression of the story and characters. I would recommend this book to others.Ratings:Plot: 5/5Characters: 5/5Heat: 5/5Writing Style: 4/5Overall: 4.5/5 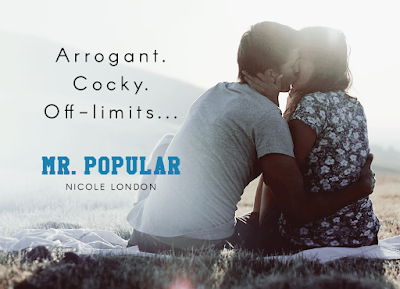 Nicole London is a hopeless dreamer, author of Resentment and the co-founder of The Indie Tea, an inspirational blog for indie romance authors. When she's not at Starbucks chatting books with her best friend, she can be found plotting her next travel adventure with her husband.

Posted by Louise Seraphim Reviews at 5:22 AM