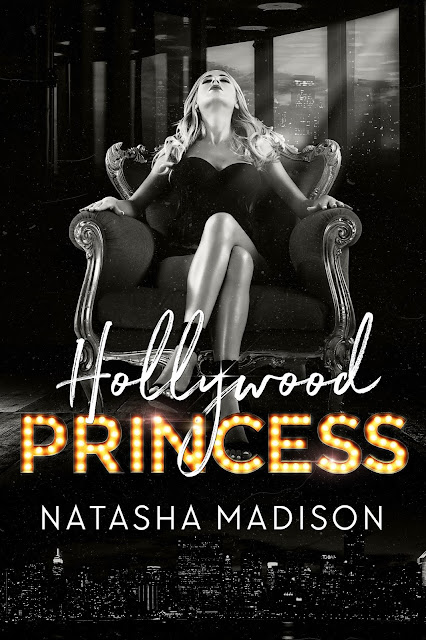 Behind the "lights, camera, action" of Hollywood lies a world of deception, love, and seduction.

Are you ready for Hollywood Royalty?

An Oscar, a Tony, an Emmy, a Grammy—she has them all.
She's the most sought-after woman in Hollywood.
Even if her rise to fame was a fluke, you can't deny the camera loves her.
The problem is so does everyone else, and she's about to leave on the biggest concert tour of her life.
Headlining for the first time in five years.

Around the world in ninety days. Should be a piece of cake.
Until her new security detail walks in the room and she’s looking into the eyes of the only man who didn’t fall for her charm.

It's only a matter of time till he falls for Hollywood's Princess.

“Are they really so different? 5 stars”

Kellie is a woman who came from nothing and now has everything but the one thing she wants, love. When she first met Brian she wanted him but the feelings weren’t mutual. Now he’s back in her life to keep her safe. Is this a second chance for them?

Brian is a complicated man. When he met Kellie he wanted her but he has a strict no dating clients policy. Will being with her for the next 90 days change things for them? Will he be blinded by her and forget to keep her safe? Only one way to find out.

I loved Kellie and Brian. They were more alike than either of them realized. All throughout the story we were in suspense on who Kellie’s stalker was but honestly the love aspect of the story was so amazing I forgot about the suspense. I usually nitpick trying to figure out who the evil person is during the whole story while reading but with Hollywood Princess for me it was like an added bonus. I loved how alpha Brian is and how sweet and humble Kellie is.

Madison killed the story itself and managed to wrap it in a pretty bow with the cover she chose. You can’t go wrong with Hollywood Princess.

Madison has followed up Hollywood Playboy with this amazing story, filled with love, suspense and drama that will have you holding your breath until the very last page.

Kellie is a Hollywood music star, heading off on a world tour with some extra baggage; a stalker that has started to invade her private space. Cue in the hot bodyguard Brian who has held back from temptation previously, but surviving 90 days in close quarters it’s going to test all his restraint.

I loved Kellie and Brian, their slow burn only makes their interaction’s more powerful. From the beginning I had zero idea about who the stalker was and it was only towards the end that I started to connect dots and float a few names around.

When her nose isn't buried in a book, or her fingers flying across a keyboard writing, she's in the kitchen creating gourmet meals. You can find her, in four inch heels no less, in the car chauffeuring kids, or possibly with her husband scheduling his business trips. It's a good thing her characters do what she says, because even her Labrador doesn't listen to her...
FACEBOOK | TWITTER  |  INSTAGRAM  |  FACEBOOK  READER GROUP  |  FOLLOW ON AMAZON  |  FOLLOW ON BOOKBUB  | SUBSCRIBE TO NEWSLETTER
Posted by Louise Seraphim Reviews at 9:00 AM