Nico has goals...and she's number one on his list. 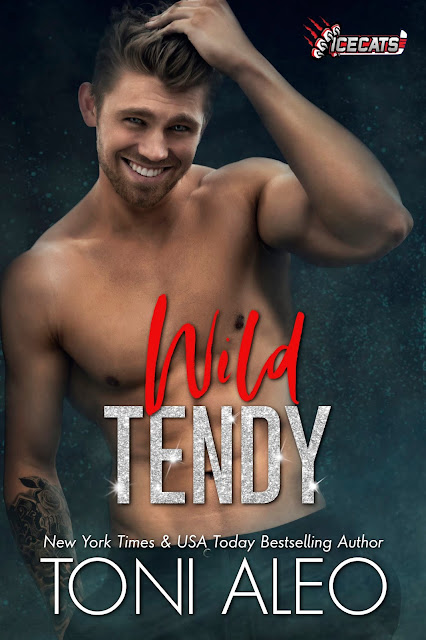 Nico Merryweather loves women—all women. Sure, they’re sexy and fun. But “Player” is an easy reputation to hide behind, a way to keep the good times rolling and reality at bay. He’s loud, he’s cocky, he says exactly what he’s thinking, and people just laugh it off because they think they know him. But Nico makes sure no one is close enough to know the truth. With a new season starting, he is ready to play the game he can control. They’ll all be watching Nico, the goalie, but they’ll never know the man behind the mask who is just trying to breathe. He hasn’t ever wanted anyone close enough to him to see the truth, until Aviva rams herself into his ass. Literally.

Aviva Pearce’s life is a collection of bad days all wrapped up without a bow. If it can go wrong, it will. All she wants is to run her business, take care of her sister, and keep her head above water. But with a father who is out to ruin her like he has himself and debt trying to drown her, it’s hard to stay afloat. Aviva isn’t the type to waste time dwelling on her misfortunes or to give up, though. She’s got too much fight in her. And she definitely doesn’t have time to waste on the wildly sexy, rich, showboating goaltender everyone wants. She’s got goals.

What she doesn’t know is that Nico has goals of his own.

My name is Toni Aleo and I’m a total dork.
I am a wife, mother of two and a bulldog, and also a hopeless romantic.
I am the biggest Shea Weber fan ever, and can be found during hockey season with my nose pressed against the Bridgestone Arena’s glass, watching my Nashville Predators play!
When my nose isn’t pressed against the glass, I enjoy going to my husband and son’s hockey games, my daughter’s dance competition, hanging with my best friends, taking pictures, scrapbooking, and reading the latest romance novel.
I have a slight Disney and Harry Potter obsession, I love things that sparkle, I love the color pink, I might have been a Disney Princess in a past life… probably Belle.
… and did I mention I love hockey? 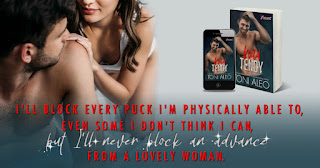 
Louise's Review
Wild Tendy is book 2 in the IceCats series; Aleo is a new to me author and I couldn’t wait to get my hands on this book. I haven’t read book 1 but starting at Wild Tendy I didn’t feel like I was at a disadvantage at all.

Nico wears the mask very well; he lets everyone see what he wants them too; The playboy goalie who has no filter and is dam good at blocking pucks. When Aviva slams into his life he just can’t let her go, she isn’t throwing herself at him like all the other woman do; she has caught his attention without even trying. What feels like a lifetime of back luck Aviva just can’t get ahead especially when she has a persistent man wanting nothing more than to take her out on a date.

Can Aviva accept help in grace or continue to be the strong independent single woman she has always had to be.

I personally enjoy Wild Tendy; touching on emotional and raw subjects throughout I could not put it down. This story had me up till late to the point I couldn’t keep my eyes open; when I woke at 3am I couldn’t get back to sleep without knowing how Nico and Aviva’s story ended.

Aleo has taken her time and dotted her I’s and crossed her t’s knowing every piece of information that she needed for this story had to be accurate and relatable.