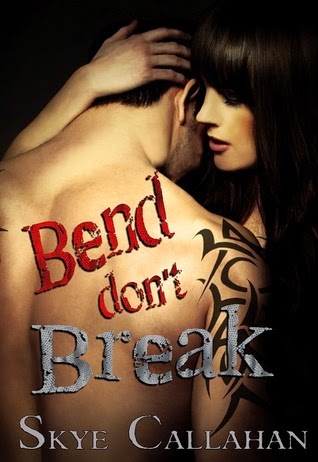 I read this book straight after Irrevocable and was once again wowed totally!
I was a little late in reading Irrevocable but wanted to read it right from release. It sounded awesome and I love a dark, sexy read.
We learn the full story in Irrevocable, how Silver found herself in the company of Kirk and what happened to them in the time they were together in the Retreat. It was captivating and gritty, dark yet sexy, but above all a great romance too.
Irrevocable was able to be read as a standalone, you don't have to read Bend, Don't Break to conclude the story, yet... Bend, Don't Break was incredible and finished off the story perfectly. It's not a new story or a follow on, it fills the gaps in time, and memory from when Kirk and Silver are parted. We know what happened with Silver/Rose, but we don't know how Kirk was feeling and what he was doing. In Bend, Don't Break, we learn Kirk's/James's side of things. Through flashbacks and memories, it shows us just what was going on in his mind. How he felt about the key events between them in the time they were together, and also how he is surviving and coping with not being able to see Rose.
The writing style is just as gritty and addictive. I couldn't stop reading James's account, and thought it finished off the story perfectly. Totally un-put-down-able. A fantastic series.
4 Stars.

**I was given an ARC of this book in exchange for a fair and honest review**
Posted by Louise Seraphim Reviews at 10:46 AM