Not every friendship is as harmless as it seems.

Loner James McKay wants nothing to do with Hadley Grayson. After all, the last thing a drug dealer needs is the pretty, new girl trying to be friends. Walking distractions like her lead to trouble, the kind that can get you 10 to 15 behind bars.

Likewise, fencing champion Hadley Grayson isn’t thrilled about her family uprooting her during her senior year of high school. At least there’s James McKay, the quiet, mad scientist who is as adorable as he is mysterious.

Though McKay may reject the idea of friendship, he gets one whether he wants it or not. But once the lies are told and the rumors spread, the dangers of meth making and dealing are impossible to avoid. Between secrets and overdosing classmates, McKay and Hadley will learn that loneliness can be a two-way street, changing both of their lives forever.

BUY IT FOR ONLY 99 CENTS ON AMAZON 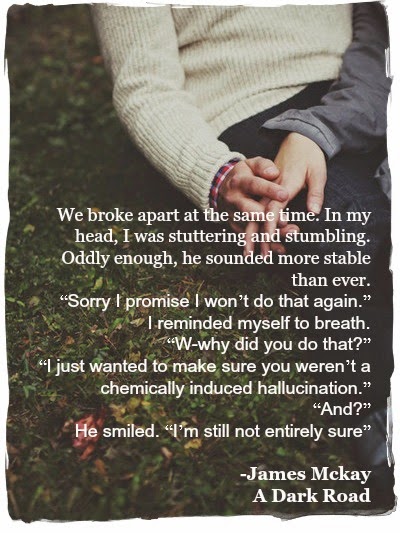 A native of New Jersey and lifelong nerd, Amanda Lance recently completed her Master in Liberal Arts at Thomas Edison State College after her BA in English Literature and AFA in creative writing.

She currently resides in Easton Pennsylvania with her boyfriend and their spoiled hound dog. She is a cliché booknerd who is terrible at math, clinically obsessive, and prone to addictive behavior. She may or may not be a recluse.
Posted by Louise Seraphim Reviews at 4:16 AM