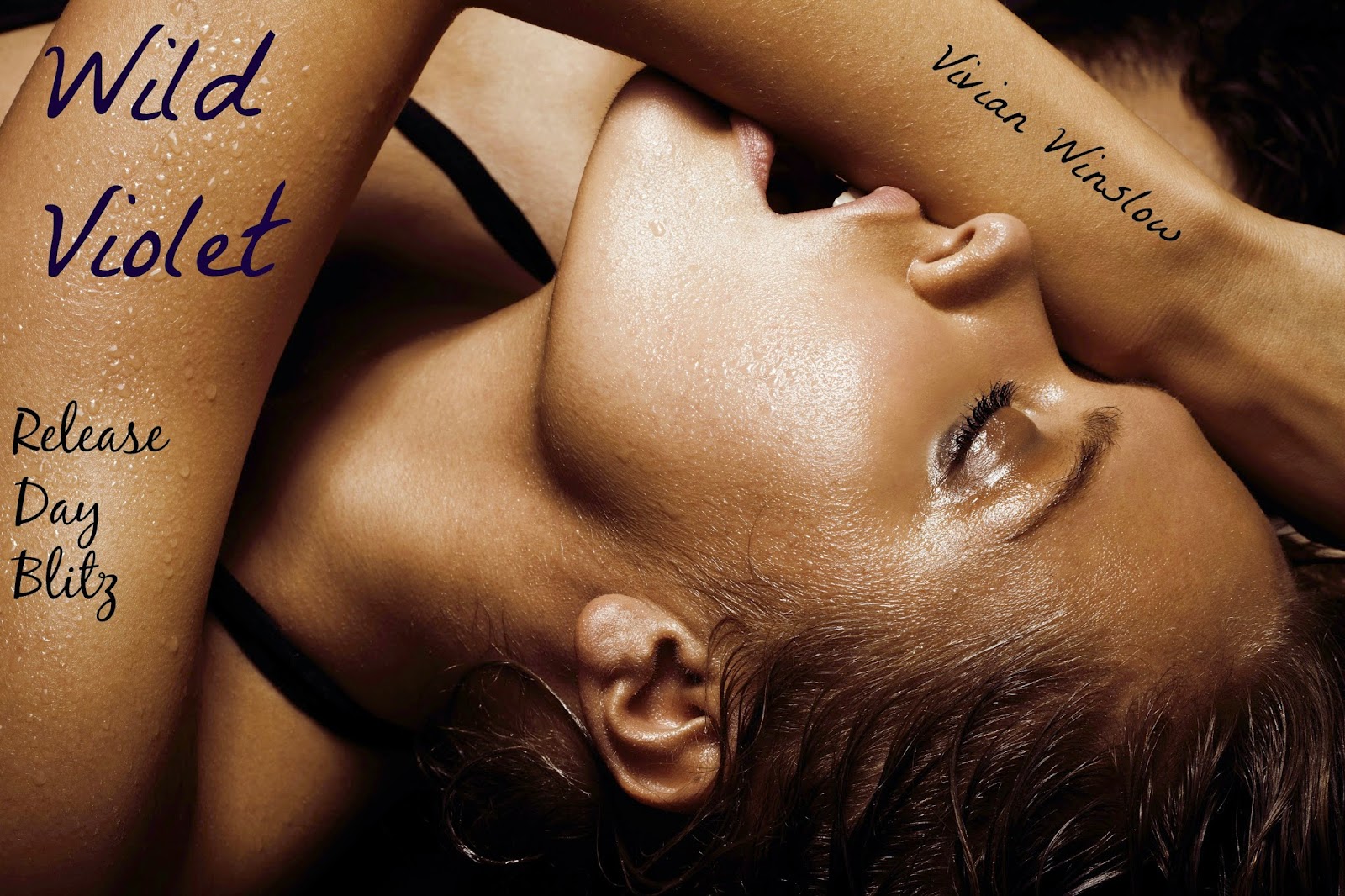 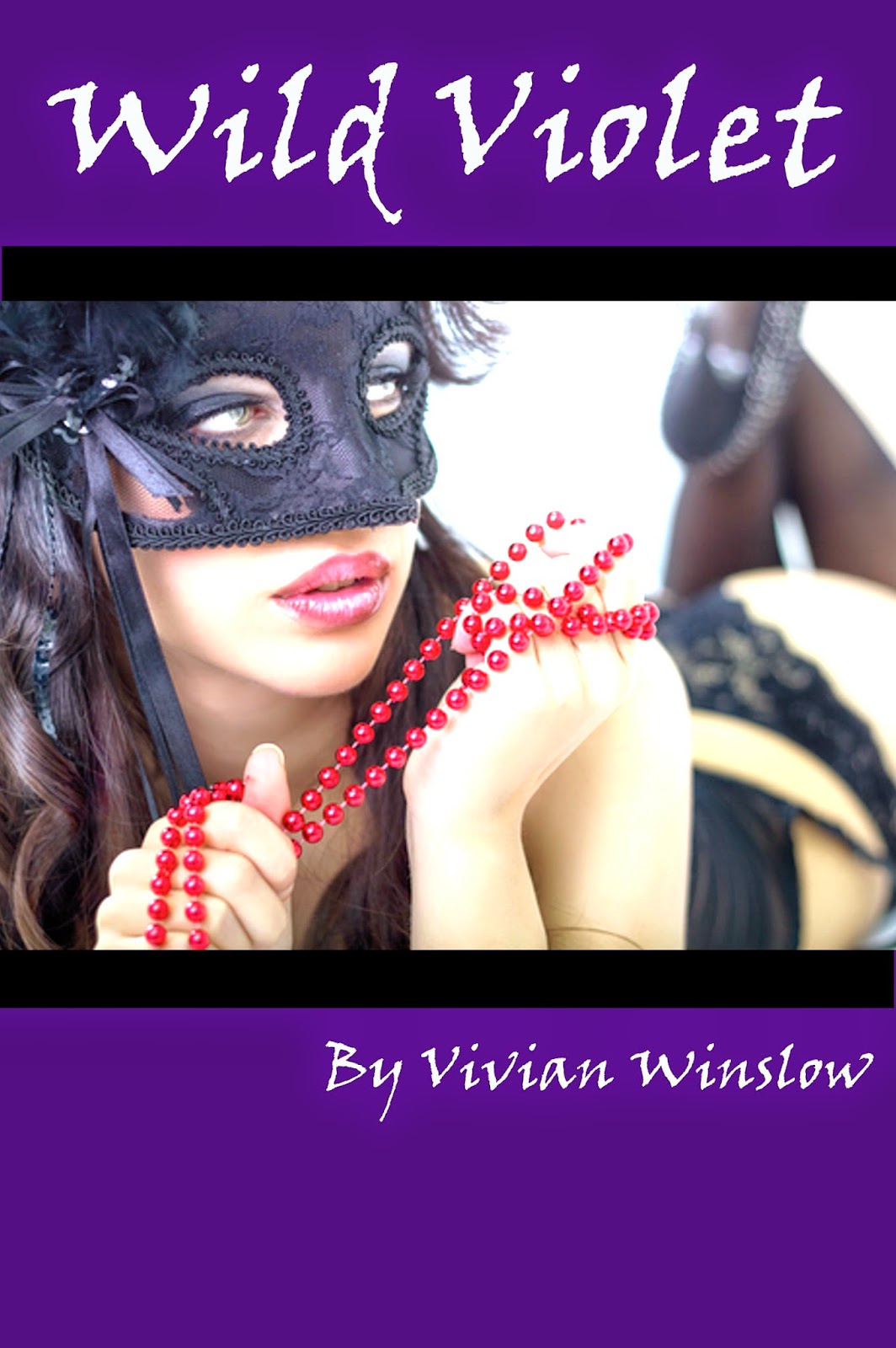 
Wild Violet is the first installment of The Vi Trilogy of the Gilded Flower Series.  Appearing in The Lily and Dahlia Trilogies of the Gilded Flower Series, Violet Rai, or Vi, is Lily and Dahlia Baron’s sharp-witted BFF, who is always up for a party and a hot guy.  But, in The Dahlia Trilogy, there are hints that Vi’s world is quickly coming apart, and her dark secret is about to be exposed.

In this flashback story, Vi, the strikingly beautiful daughter of an Indian business magnate and English supermodel, is enjoying a privileged lifestyle in New York City while a college student at NYU.  Yet, in her senior year, Vi learns that her strict and traditional father intends to force upon her an arranged marriage and a career working for his conglomerate in Dubai.  When Vi is paired with sexy Spaniard, Andrés Costas, in her ballet class, not only does she find herself falling for him, but he introduces her to a shockingly different world—one that offers her the prospect of escaping her father’s plans, but at a price. Sweat drips down Vi’s chest as they finish the barre work. Despite every window being open, there’s no respite from the heat for the dancers who pack in the two adjoining studios. Even in the summer, the class is full of people trying to keep up their skills for possible auditions, with the exception of Vi who does it because it’s one of the only times she’s able to feel happy and free. She takes in the mix of people as she gulps down her water—men and women, mostly in their twenties, although some teenagers who look like they could be ten years-old, the majority of them beautiful, and all of them with absolutely gorgeous dancer bodies. She tosses her water back into her bag and takes her place in front of the mirror.

“Today, half of you go there,” the instructor says in a thick French accent, making a slicing motion with his arm to divide the class and pointing to the other space. The dancers move obediently. Monsieur Renard appears to be about sixty-five and has perfectly coiffed silver hair that goes well with his perfect posture. Despite being dressed in pants and a collared shirt, he doesn’t have a drop of sweat on him. “The rest of you will be paired off. Pas de deux.”

Vi searches the room for a partner. This isn’t what she signed up for today. She likes M. Renard’s class because he demands perfection and complete control from his dancers. Every position, hip movement and alignment always has to be just right. It forces her to focus, to allow her thoughts and self-doubt to melt away and for those ninety minutes to just be. But it’s too late to leave. She doesn’t back down from a challenge.

“Mademoiselle Rai,” M. Renard points to her. “Why are you not with someone? Or is your partner invisible?” He chuckles and turns to talk to the pianist.

She smiles back and with her hands on her hips says, “Seems no one finds me worthy to be his partner. Perhaps you would like to be my partner, Monsieur Renard.”

He smiles and laughs, revealing yellow teeth stained from cigarettes and coffee. “Mademoiselle Rai, if I were younger, I would have you for a partner and you would not forget that experience.” He approaches her and says, eyeing her up and down, “Malheureusement, my youth is gone and the women along with it.” Not taking his eyes off Vi, he reaches out toward the right with his arm and snaps his fingers. “Monsieur Costas. Dance with Mademoiselle Rai. You are both beautiful. You will fit well together.”

Pointing to the girl who was originally paired with him, M. Renard instructs her, “You go dance with the others.”

Vi glances over at her new partner gliding toward her, ignoring the dirty look from the female dancer.

As soon as he reaches her, he places his hands on her waist and says, “You’re the lucky one who gets to dance with me today.”

She chuckles as she moves her feet and arms into fifth position. “The same can be said of you, Monsieur Costas.”

“Come have coffee with me,” he says as Vi enters the stairwell. He’s leaning against the wall of the landing, dressed in torn, loose fitting jeans and a half-tucked, casual white button down, with two buttons undone. His beauty can only be regarded as perfectly masculine with dark, chiseled features and lean, ripped muscles. In fact, his entire body is muscle, which is to be expected for a dancer. Yet, there’s an ethereal quality to the man standing before her, the way he walks and carries himself. Vi’s never met anyone like him, which intrigues her. However, he’s so aware of his looks and the effect he has on others that it makes her ambivalent to his charms.

“Too hot for coffee,” she replies quickly as she begins her descent. He follows her down the stairwell and out onto Broadway.

“No thank you, I’m not interested in having coffee.” The reply is half-hearted because a part of her is curious. Of course she can imagine herself sleeping with him. The image of him taking her on the studio floor had flashed through her mind when his hand brushed her inner thigh as she moved into attitude. It sent a shockwave through her that she couldn’t forget.

“Then we’ll get water. I’ve seen you drink that.”

Vi shakes her head and stops walking. Turning to him she says, “Persistence isn’t a charming quality. It’s creepy and borders on stalking. You should make a woman feel respected, not just desired.”

He grins and puts his hands into his pockets. “So I take it that’s a no to any beverage.”

“You learn fast,” she says, hailing a taxi. Vi knows if she stays near him any longer, she might just sleep with him. One more glance at his fine form confirms that.

He holds the door open for her. “Maybe next time.”

She can sense from his smile that he’s not any easy person to resist, and who is she to pass up what could be an incredibly memorable fuck? It just has to be the way she prefers—on her terms. 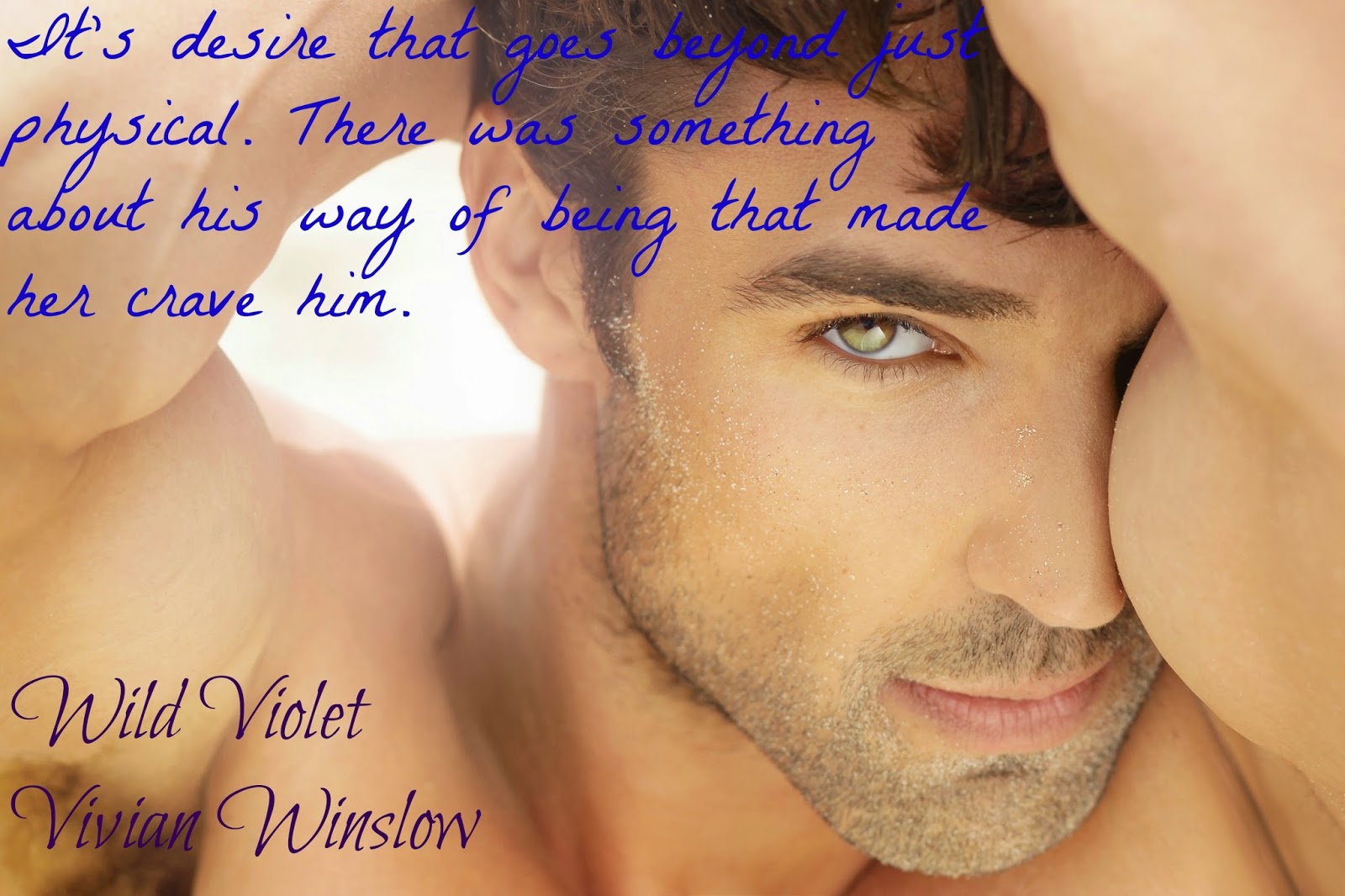 Oh my gosh! I honestly didn't think the Gilded Flowers stories could get any better. I loved Lily, adored Dahlia and now I'm utterly addicted to Vi.
Vi, is best friend to the gorgeous twins Lily & Dahlia. She is always there to support her friends and give advice when they need it. Always around if anyone needs her. Yet, if ever anyone mentions her own private life, they are swiftly told to ask no questions. Vi is fiercely secretive, she is happy to joke around and dissect others problems, but there is always a big mystery over what she gets up to, away from the twins.
I always loved how light hearted and fun Vi was in the other books. She didn't take any cr** from anyone, and tells it exactly how it is. She is absolutely gorgeous, incredibly intelligent, loves to have fun and a good time, but draws the line at sharing details on herself.
It was hugely obvious that she had secrets, big, huge, naughty ones. We actually start to get a glimpse of what these secrets may be, towards the end of Dahlia's story, but to be honest I still wasn't expecting the outcome of the first in Vi's books. It was a huge shocker and I loved it. After reading her story now, I love her so much more, as it explains so many things about her behaviour towards certain subjects. She is such a fighter and even though her father is determined to make things difficult for her, she won't take it lying down. She is definitely not a spoiled trust fund baby.
This also wouldn't be a Gilded Flowers book without the super hot, steamy, page melting sex scenes. Vi definitely gets to have just as much fun as the twins and just as hot, if not hotter fun!!
I was a little bit disappointed to see no Thomas yet, he was an extreme hottie from Vi's past, who was introduced in Dahlia's story. But it's something to look forward to for the next book! :)
So, if you're looking for a short, extremely hot and intense novella story. With incredibly addictive characters and lots of twists and turns, Wild Violet is perfect. This is going to be yet another amazing set of novellas, that leave me desperate for more.
Best Gilded Flower story so far. Unputdownable! 5 Stars.


Vivian Winslow was born and raised in Southern California. Before becoming a writer, she made a career out of moving around the world every couple of years thanks to her husband’s job. She currently lives in New York City with her husband and two elementary school age children, and is grateful to finally have a place to call home for more than two years. New York is the perfect city to indulge her love of shopping, the arts and especially food. If she’s not at home writing or running around the city with her kids, you’ll most likely find her indulging in pizza on the Lower East Side or having a cocktail at her favorite bar in Alphabet City. That said, she’s still a California girl at heart and would gladly trade in her heels for a pair of flip-flops to catch a sunset on the beach.
Posted by Louise Seraphim Reviews at 8:41 AM