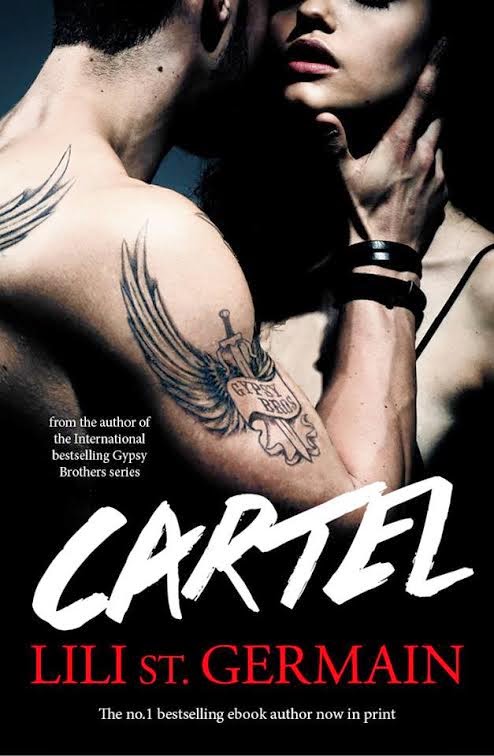 Cartel started straight in on the action, from within the first few pages, and from there on it is fast paced and action packed. The atmosphere within the story is constantly on edge, and gripping. I felt like I never had a clue what could happen next. It was so full of surprises, some of them dark and twisted, some just shocking, but they were all incredibly intense.

"You're nothing. You're mine."


It still felt like a Gypsy Brothers style book, the trademarks, and tell signs were all present in Cartel, the constant edginess of the story and it's characters. Like everything was coated in a dark oily smudge. It also didn't feel like it was a book about a story that happened about 18(?) years ago. It just felt like a different story, but present time. Which isn't bad, it's good. Gripping again.

I loved Mariana, instantly. She was feisty and her quick wit and sarcasm made for some very entertaining moments. Even at her very worse, with everything that has happened/happening to her, she still manages to keep her spark, what makes her so different from everyone else.

He was a bad man, the worst there was.
But my heart, that treacherous thing inside my chest that sped up whenever he was around?
It wanted to betray me.
I was falling in love with a monster.
And somehow, in this new life of mine, where the old rules didn't count and power was measured in blood and bullets?
I didn't care.


Strangest thing for me was to see how easy it was, for Mariana to fall for Dornan. I mean, it was obvious. He was gorgeous, rough, totally alpha, and after reading the Gypsy Brothers series first, I'm trying to force myself not to like him. But, it's too hard. He is like a completely different person, yes of course it's still him, and you can see that in a lot of aspects, but he is not quite the psycho he ends up becoming in the first series. He still seems to be human in Cartel, a somewhat human that lapses from time to time, but he obviously cares for Mariana incredible amounts. It's actually really sweet, although it shouldn't be. lol I'm conflicted!
We don't get to see a lot of John, Dornan's best friend and president of Gypsy Brothers, just yet. Little snippets, but not much as yet. Although, from what we have seen of him, and my knowledge of him from the previous series, he is obviously different from everyone else in that circle. He has had it really rough, and I really want to read more about him, he is going to be very interesting. Of course John is Julz dad, and I also know the history between all of them from the other series, not sure if that helps or not, as I'm constantly waiting for what I know is going to happen. It makes me very nervous, but this is a 3 book series, so there is a lot that can happen as yet.

Lili St. Germain's writing is flawless as always. Her story telling, is a little like a drug, you start it and feel yourself hooked on the pages, and can't seem to pull your eyes away from the words. Then when you get to the end, you feel like your not sure how you will survive until the next book/hit! lol

So, after all the emotions that got whirled around whilst reading this, I'm left desperate for the next book. To see what's in store for Dornan and Mariana. Hopefully some more of John, and a little less of crazy eyes Murphy. I love the tension between each of the characters and badly need more.
Love, Love, Loved this book. 5 stars.

Purchase this book on AMAZON

Posted by Louise Seraphim Reviews at 5:28 AM