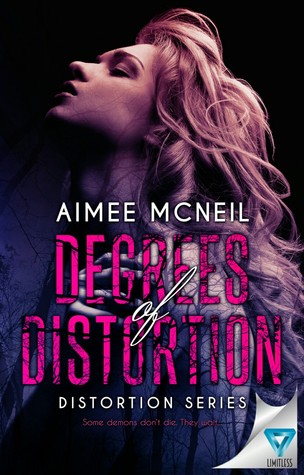 Lexie Wilder is no stranger to tragedy. She struggles every second of every day to overcome the loss of her boyfriend…
Determined to get her life back on track, Lexie retraces a road trip she went on with Alex before he died. The trip was meant to be a harmless adventure to revisit old memories and track down an elusive color of nail polish. Instead, Lexie uncovers a truth in Sugar Hill that her mother wanted to keep hidden.
When strange men follow Lexie home, her mother demands she run, sending her further away from the answers she seeks. But Lexie finds a clue in an old diary. Her mother wrote about a dark man with a dangerous past.
Jackson is a distraction Lexie isn’t prepared to face…
Alone in an unfamiliar town, Lexie has nothing but her haunted thoughts to keep her company and is terrified this man from her mother’s past has come back to finish what he started. She doesn’t know who to trust, especially when she realizes her neighbor, Jackson, is as intimidating as he is beautiful. She tries to keep her mysterious neighbor at a safe distance, but after he fights off an armed attacker, Lexie finds herself turning to him for comfort.
Her new protector can’t stop the evil forces already in play…
There is only one person who can answer for the chaos that has taken over Lexie’s life…her mother. The man responsible for the torment detailed in the pages of the diary is real, and now his sights are set on Lexie. His henchmen might have failed, but he won’t.
Lexie must figure out exactly how much she trusts Jackson and his good intentions if she ever wants a chance to finally piece her life back together. But first she has to survive…

Some demons don’t die. They wait...

Degrees of Distortion is not your typical everyday romance novel per se, man and woman falling in love and living happily ever after. This book was dark, suspenseful and had me on my feet (so to speak) with every page. It was a page turner!

The main character Lexie whose life basically ended when her boyfriend Alex, died. Alex gave her blue nail polish and that's all that she has left and she goes to a town named Sugar Hill to retrace his steps. Well this trips turns into more than that, and brings her mother's past back home with her, as she was followed. Her mom tells her to go straight away and take the bag with her. There's a note, key and phone for her mother to contact her. So when she goes to this town her neighbor, Jackson is very intimidating but is also hot. Lexie and Jackson's chemistry in this book is intense.

I really liked both Lexie and Jackson. Lexie has been through alot, and is now dealing with her mother's past and reading about the memories her and Alex had.  And my oh my Jackson, who is very sexy, he is a protector, and isn't afraid to kill. There is one character that I didn't like but this book wouldn't be suspenseful if they weren't in it.

Degrees of Distortion by Aimee McNeil was really intriguing to read. It's the first book I've read by McNeil and it wont be the last. It had my attention from the beginning but it was confusing at times with the different point of views. The writing was very detailed and I liked how she put memories in the stories, I felt they were used properly.

This does leave the reader wondering what's going to happen, especially with that cliffhanger - Ahhh, not a big fan of those. Aimee McNeil I need book 2!!

This book had so many feels while reading it. From sadness to smiling, to what the heck?, to I want to punch him in the throat, to omg it ended; I need to know more!!  So if you like dark romance I'd highly recommend giving this book a read!

"Why did you pick blue? Because it's called Knockout, and that's how I feel every time I look at you -completely knocked out."

"You're like an open book: you're scared of me. Your eyes give it away. You swallow a lot, which indicates you are uncomfortable. The color of your skin and the way you keep licking your lips tell me you are also attracted to me." 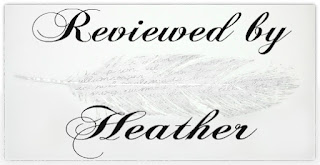 Posted by Louise Seraphim Reviews at 8:58 AM