Declan Forbes has always been the black sheep in the family, and he likes it that way. The less people liked him, the less drama he had to deal with. But the thing about being a loner was a person might find themselves . . . lonely.

Working for the FBI, Declan liked his world the way it was, even if something was missing. He’d also take a bullet in the gut before admitting anything was wrong. Something was off, though, because from the moment he meets Angela he’s a goner. She’s in the midst of the case he’s been trying to crack for the past few years now, but he’s not exactly sure how she’s involved and she isn’t talking. One thing Declan has learned in his years in the Marines and the FBI, though, is how to get a person to talk. It could even be . . . fun.

Johnaka's Review
“Will he be able to keep her safe? 4 stars”

Declan has wanted Angela since he met her. He’s been waiting until she was ready but when she finds herself in the middle of his investigation, he cannot help but make his move. Will he be able to keep her safe? Or will his feelings for Angela blind him? Only one way to find out.

I genuinely liked Declan and Angela. Them getting together felt like a long time coming. He didn’t want to change her he just wanted to love her and her son. To make their lives better. And it was awesome. Angela had a lot of baggage to get over before she could really be with Declan.

Overall Melody wrote a good story containing a little romance and a little suspense. If you take a chance on Declan I hope you enjoy it. 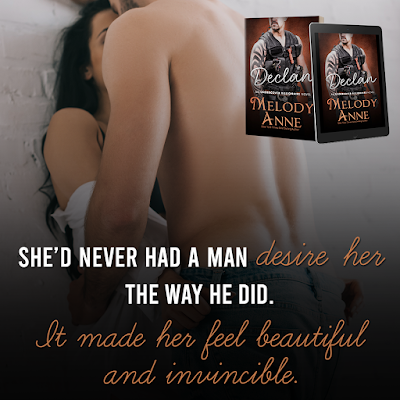 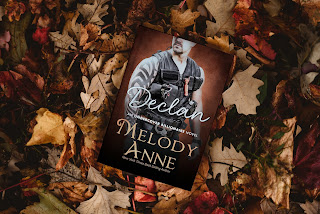