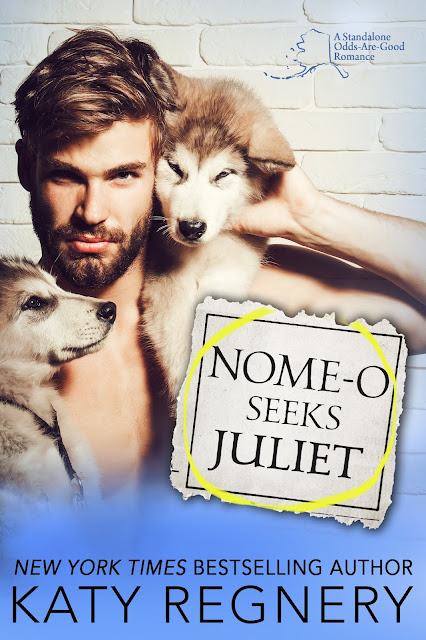 When a lonely vet(eran) and an ambitious vet(erinarian) work together to win the Qimmiq 200, sparks will fly…

Montana-born veterinary student, Juliet Sanderson, is disappointed when her project on the treatment and care of sled dogs falls through due to the illness of a local musher. In an effort to salvage her study and graduate, she answers the personal ad of Alaskan musher, Cody Garrison, who is desperately seeking a teammate for an upcoming co-ed race, The Qimmiq 200.

Cody Garrison, a retired U.S. Marine, doesn’t tell Juliet that he was left permanently disabled during his time in active service, fearing that she wouldn’t agree to race with him if she knew. But once she arrives in Alaska, discovering the truth about Cody’s past will be inevitable. Will the partnership they’ve agreed to, and the off-the-charts chemistry between them, be enough to see them through the rigors of training and secure them the win of their lives?

I loved Nome-O Seeks Juliet. It’s about a life style I honestly don’t think I have ever read about. You could tell that Regnery did her research in the topics of dog sledding and the lifestyle. Which to me is amazing. If you read Nome-O Seeks Juliet I think you’ll enjoy it. Or at least I hope so.

Cody needs a partner of the female variety to compete in the next dog sled race with him. He asked everyone he could think of only to come up short. When he put in an ad in a newspaper, he didn’t know what to expect. When he meets Juliet, he wants to give her a reason to stay, to compete. He doesn’t want his disabilities to push her away. When Juliet makes him start to feel things, he’s long given up on he doesn’t know what to do. Her time in Nome has an end date…or does it?

Juliet is in her final year of vet school and wants to write a paper on sled dogs/mushing. She thought she would shadow a musher and his team but her plans fell through. When her friend shows her an ad in a newspaper, she reluctantly goes for it. What she didn’t expect was Cody. He reminds her of Brad Pitt, but just a little broken from his time in the military. Will she be able to prove to him that she she’s him for who he is and not his disability? Only one way to find out.

About the Author:
New York Times and USA Today bestselling author Katy Regnery started her writing career by enrolling in a short story class in January 2012. One year later, she signed her first contract, and Katy’s first novel was published in September 2013.
​
Over forty books later, Katy claims authorship of the multi-titled New York Times and USA Today bestselling Blueberry Lane Series, which follows the English, Winslow, Rousseau, Story, and Ambler families of Philadelphia; the seven-book, bestselling ~a modern fairytale~ series, including Katy’s “Beauty and the Beast” story, The Vixen and the Vet, which was a 2015 RITA© nominee; and several other stand-alone novels and novellas, including the critically-acclaimed, 2018 RITA© nominated, USA Today bestselling contemporary romance, Unloved, a love story. 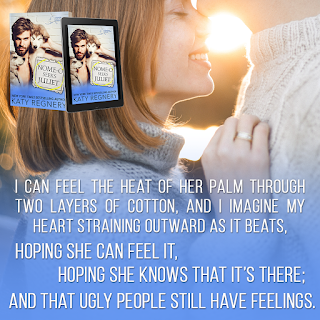