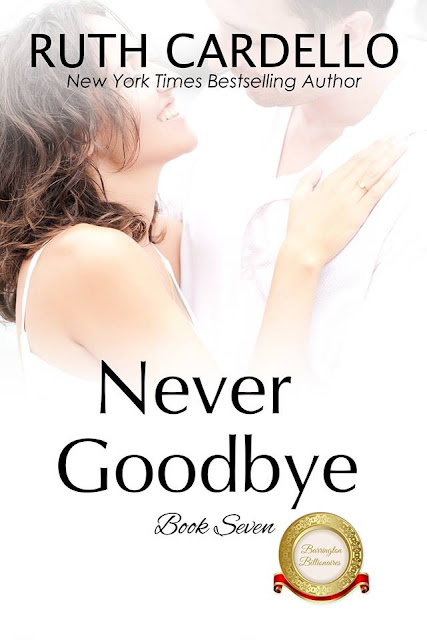 In the Barrington family, Ian is the fixer. He lives a double life—one that has provided him with the skills to save his family more than once. Reuniting with the brother they’d all believed was dead has shaken him to the core. He is driven to find the responsible party regardless of the consequences.

Claire Wendell’s best friend recently married into the very powerful, very troubled Barrington family. When she stepped away from her own life to help Annie and Kade settle into theirs, she had no idea it would put her on a possible suspect list.

She’s bold enough to stand up to Ian and intuitive enough to see past his anger, but love may not be enough to protect the family when the truth about the woman who raised Kade is revealed.

How important is the truth?

Is it worth losing everything?

Ian doesn’t handle change well. He’s a fixer through and through and this situation he cannot fix. His long-lost missing brother has been found and is connecting with his family for the first time. Along with his wife and her best friend. There’s something about Claire who sets off his alarms. Is she innocent or does she have an ulterior motive to be around his family?

Claire traveled to the states to help her two best friends through this interesting time of meeting a family Kade didn’t know he had. She doesn’t mind Ian being distrustful. But sometimes he’s down right rude. Nevertheless, sparks fly. Will these two get a happily ever after or will it be a miss?

I thought Never Goodbye was good sure. But I’m 98% sure that it would have been better if I had read the other books that came before in the Barrington Billionaires series. I can say the writing was classic Cardello though. If you take a chance on Never Goodbye I hope you enjoy it.

About the Author:
Ruth Cardello hit the New York Times and USA Today Bestsellers Lists for the first time back in 2012. Millions of sales are evidence that her books are akin to potato chips, addictive from the first one. She has created a multi-series billionaire world with a combination of escapism and realism that has gained her a faithful following of readers.

Ruth Cardello was born the youngest of 11 children in a small city in northern Rhode Island. She spent her young adult years moving as far away as she could from her large extended family. She lived in Boston, Paris, Orlando, New York--then came full circle and moved back to New England. She now happily lives one town over from the one she was born in. For her, family trumped the warmer weather and international scene.
She was an educator for 20 years, the last 11 as a kindergarten teacher. When her school district began cutting jobs, Ruth turned a serious eye toward her second love- writing and has never been happier. When she's not writing, you can find her chasing her children around her small farm or connecting with her readers online.