It's Always Been You - Victoria Paige - Blog Tour! 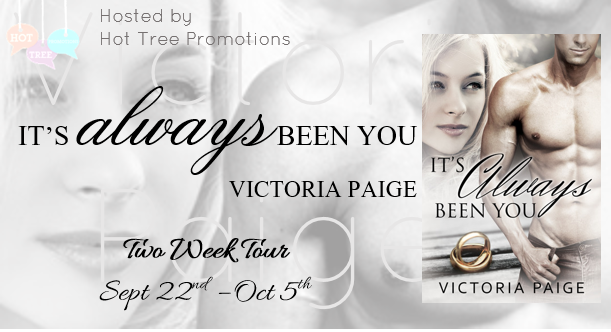 “I’ll wait forever, sunshine. I loved you then. I love you now. I’ll always love you.” 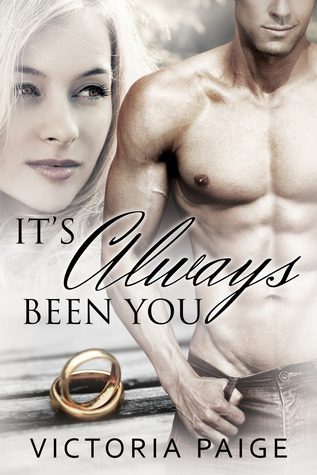 Former Navy SEAL Travis Blake is a rising star in the security business. In two short years, Blake Security Inc. has become highly sought after by the who’s who in Washington DC.

But unbeknownst to many, Travis is haunted by the mysterious death of his wife three years before. He carries with him the guilt of not being there to protect the one person who meant everything to him. He has buried his wife, but his heart refuses to accept that the body six feet under is hers. His obsessive search for her leads him deep into the trenches of covert ops—and everything is not what it seems.

Caitlin Kincaid has been on the run for a while. The sum of her memories began three years ago when she awakened with a broken arm and leg and a severe concussion. Hunted down by a secret group within the U.S. government, her companion persuades her to stay off the grid because of the standing kill order on their heads. One night, while fleeing assassins, she is left on the side of the road with a cryptic message: “It’s time for you to stop running. I’m not the one you love.”

When Travis receives news that the woman who has turned up at the American Embassy in Berlin could be his wife, he wastes no time getting to her. He is unprepared for the devastation that shreds him when Caitlin looks at him with no recognition in her eyes. Amnesia is a challenging enough obstacle for winning the love of his life back. But with lies defining the past three years of her life, Caitlin becomes wary of anyone’s help.

Love was never the problem. A marriage cannot survive without trust. As sinister forces threaten the bond they are trying to rebuild, trust must come quickly or one of them will die.

He broke the kiss and held her eyes. “That right there tells me otherwise. We’ll find each other again. And, sunshine, you’re not building a wall between us because I’ll take it down with a sledgehammer. Fucking amnesia has nothing on us, Caitlin. What we had before was once in a lifetime. You think having it, losing it, and getting it back, I’m going to let it slip through my fingers again? You married a SEAL. We’re tenacious, persistent, and we don’t know how to fail. You think with the greatest battle in my life, and that’s winning you back—I’m going to fuck up now? Not happening. You were mine. You will be mine again.”

Beatrice Porter swore she would never fall in love with a man like her father. For years she watched her mother self-destruct in bitterness, married to someone who only lived for his job. Gabriel Sullivan was such a man—a Navy SEAL, a man who puts duty and country above all else. Yet falling in love with him was inevitable. She thought their relationship could work until he’d left her one night with a broken heart and her pride in tatters.

Three years later, he’s back and he wants a second chance.

Having committed atrocities for the greater good, Gabe has nothing left but darkness inside him. The only flicker of light is the memory of Beatrice—a woman embedded so deeply under his skin.

Winning her back won’t be easy for she has erected walls that only the toughest of SEALs can hope to scale.

When Beatrice finds herself at the center of a deadly game, Gabe discovers the eerie similarities of the killer’s MO to a former assassin.

A link to a past, a truth that may cost him the woman he loves, distancing himself may be the only option to save Beatrice, but he is done walking away.

Gabe just needs to convince her this time he is all in, and a future with her is the only redemption worth having. 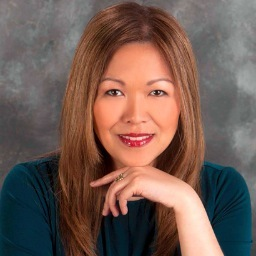 I work as a freelance database administrator, and when I’m not geeking out, I write romantic suspense novels. I live in Richmond, Va—less than two hours away from Washington DC—so most of the settings of my books are in the nation’s capital—of course, I’m not averse to creating fictional towns and cities. ;)

When I’m not arguing with the alpha male characters in my head, I love to watch high-octane action movies. I think Jack Bauer is the shit, which is why most of my characters are such badasses bent on saving the world from evil doers.

Posted by Louise Seraphim Reviews at 7:12 AM