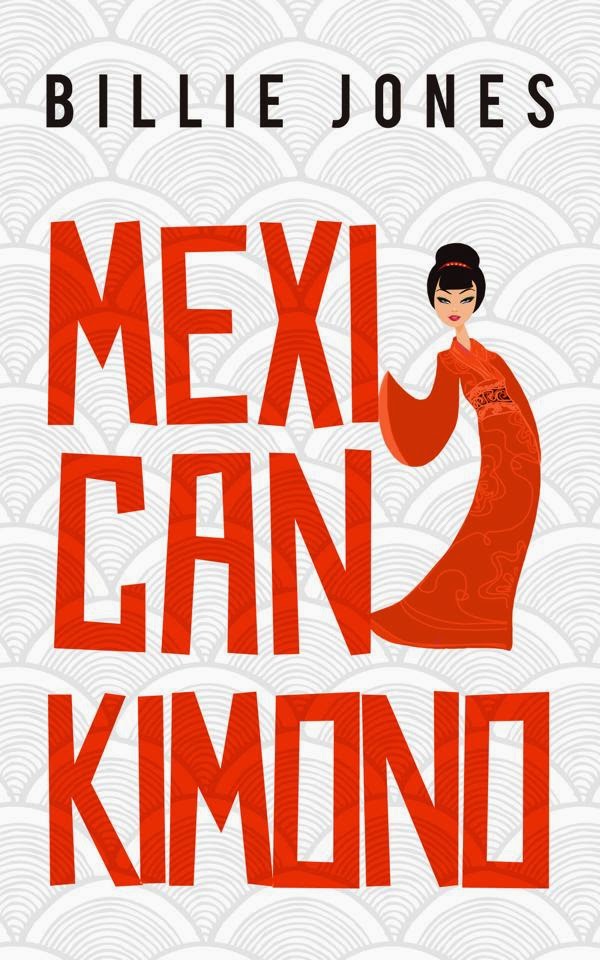 About the book:
Samantha knows what she wants from life – and she’s got it!

1.A loving family. OK, her Mum’s plan to marry her off to the world’s most metrosexual man might not be ideal… but it’s only because she cares!


2.A great job. Or at least: a job that leaves plenty of time to update Twitter and shop for designer bargains online…


3.A credit card, with a very generous limit. So generous that she’s just spent over $10,000 on an antique kimono…

But suddenly Samantha’s charmed life starts to fall apart! From a hair-related fire to losing her job, Sam’s facing bad karma – and it all started when she bought that kimono…
Sure, it’s ridiculous. How could a piece of silk ever bring bad luck? But it can! Because, whether Samantha likes it or not, someone wants to teach her a lesson: it’s what’s inside that counts.


But will Samantha slow down long enough to listen? 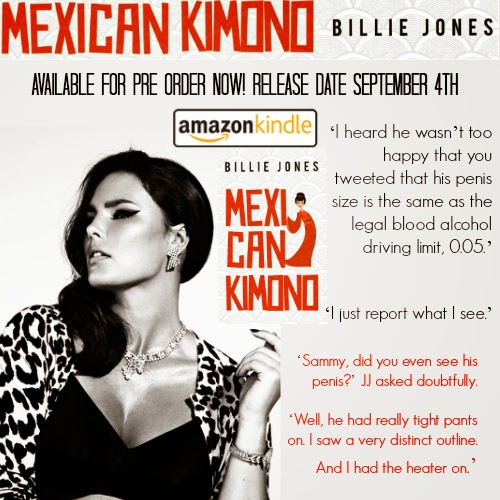 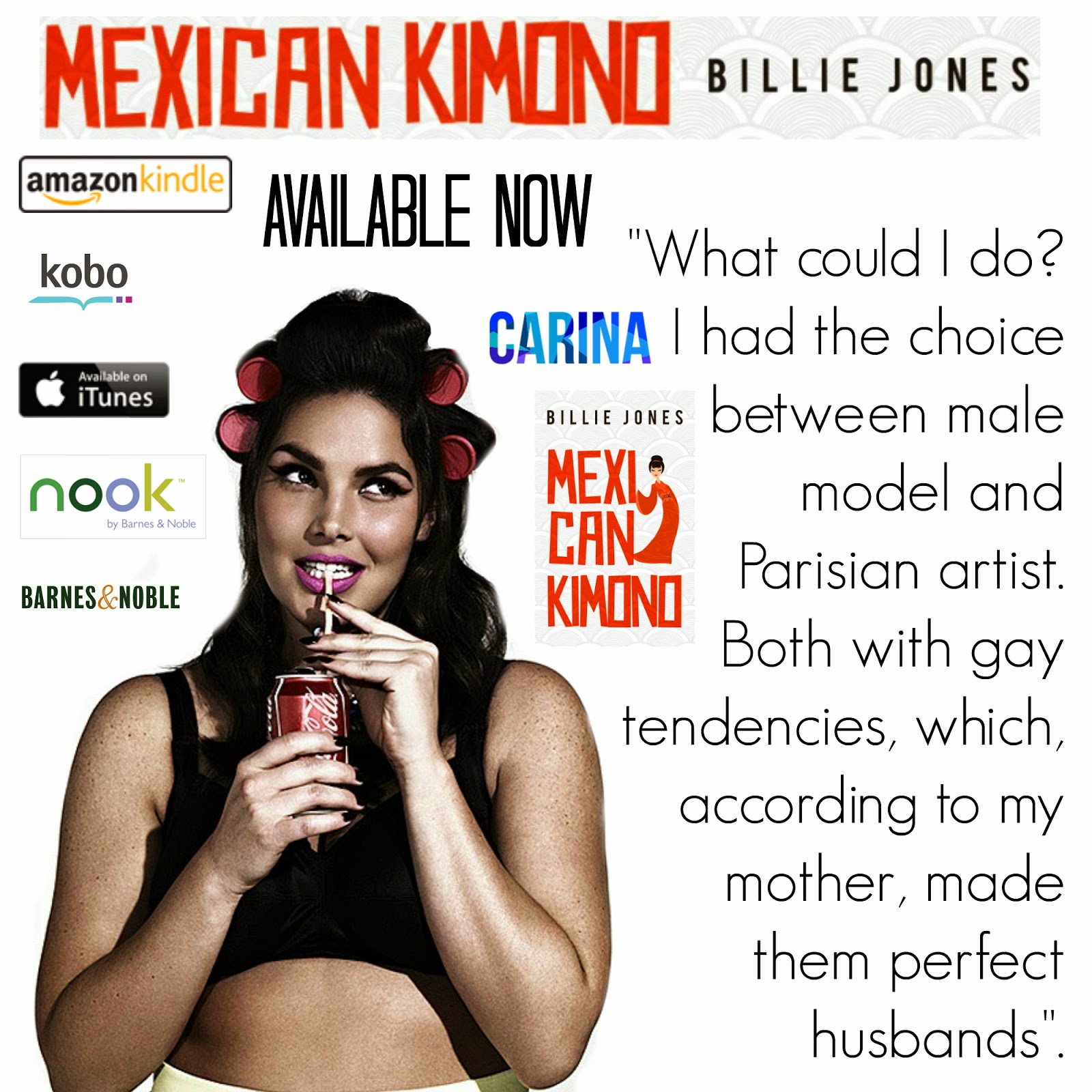 Billie Jones is a writer from Australia who enjoys imaging herself wrestling
killer crocodiles and swimming with great white sharks. She thinks she may have
to attempt base jumping so she can write about it and Bungee is on the list
too. You can find her either in front of her computer writing about her
fictional adventures or at the beach searching for the next perfect wave.

Well, this was a really surprisingly good read. Only surprising to me because I never read comedy fiction. It's something I never choose to read as I don't generally find them all that funny. I have a weird sense of humour myself and find odd things funny, so fiction that is comedy never generally ends up being a choice of mine. BUT, I decided I would give this a go as I loved other books by this author and decided it was time to try something new. Take a risk, for me.
It paid off, I loved it.
Samantha, the leading lady in this story, is everything that most people find stupidly annoying in others. She is conceited, totally shallow, and selfish. Also completely oblivious to her own flaws. YET, you can't help but laugh your pants off at her. She is so annoying it's comical. I normally would instantly dislike her character and not continue reading, but she is so funny and dramatic that you can't stop laughing at her rather awful misfortune. It really is like someone seeing things and conversations one way, then you skip to the real conversations and real situations, and think WOW how on earth did she come up with that in her mind?
One day on her way home from work, Samantha happens to pass an auction and decides to take a look. Now with a huge addiction to shopping and buying anything that takes her fancy, she sadly catches sight of a rather pretty and striking Kimono. Having no clue of it's history or worth she finds herself bidding on it, having to have it. It's not until she wins the item that she realises it cost her $10,000 Australian Dollars. Oops. Lucky she has credit cards with crazy limits.
Anyway, after taking home her beautiful and scandalously priced antique Kimono, weird things start to happen. At first it seems like just really badly timed accidents and incidents, yet after they keep on rolling and Samantha has very little money, friends and hair left. It's apparent something more sinister is at work.
After endless warnings from her new age mother, who reads it in the tea leaves and cards that her daughters life and finances are in danger, Samantha laughs off all these warning of course. Until her mother rather comically ends up passing the warnings on to all her friends too. So, at this point everyone seems to know of Samantha's misfortune and the connection with the ominous Kimono.
Basically, from here on in we see a story that is played out through some hilarious scenes, as Samantha determines what connection the Kimono has with her impending fate and whether someone, if not everyone is out to get her. Plus amidst all the drama, trying to work out her love life. As she seems to have a very gay ex boyfriend wanting to get back with her, and a very gender confused ex husband wanting the same, cue some even more funny scenes. It really is comedy at it's best. The quick wit and sharp lines will have you snorting rather weirdly whilst reading. It's like a cross between an Australian Bridget Jones with a bit of all the girls from Sex and the City. I guarantee some rather hideous laughing to yourself at this story!
A must read for a good laugh, very well written and crazy entertaining!
5 Stars.

Posted by Louise Seraphim Reviews at 5:10 AM