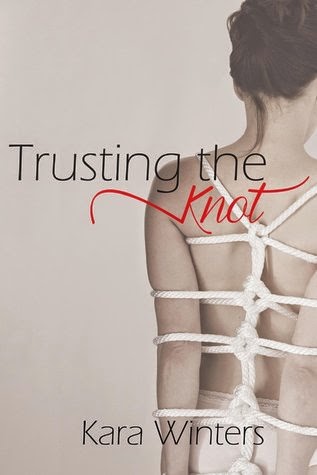 Well, I thoroughly enjoyed this book.
Sasha is a summer away from starting her final year at college. Money is getting really tight and she is struggling to come up with a way to pay her tuition for the final year. She won't ask her parents for help, liking to be independent. So she needs to earn the money, and a lot of it. After worrying about how many part time, minimum wage jobs she will have to juggle, she comes across an advertisement for a really well paid Summer job. Working as a submissive.
This Summer job will pay enough to sort out Sasha's money worries. It also intrigues her, from the small amount she has seen of the BDSM scene, she has found it interests her.

Once Sasha moves in and gets acquainted with her role and her new master, she finds he is a lot harder to get to know than she thought. He has put up a lot of barriers and makes it very difficult for feisty Sasha to play her role.
Yet, Sasha is determined and Anderson finds himself slipping straight into his old role perfectly again. Yet they both also find neither of them want the role to end.

I loved this story, it was quite unique yet a subject I really enjoy. I loved the secluded retreat idea. Also all the little activities the retreat put on are quite interesting and exciting. The relationship between Anderson and Sasha, and Master and Sub, was really sweet to see it building. All books and stories in this genre tend to differ from book to book, but I quite liked the fresh twist on this book. Sasha was playing the 'pet' role more so in this book than other roles. They had quite the tender relationship. It focused more on the closeness between the Master and his sub, than the BDSM element I thought. It was sweet though. I also liked all the characters in this book. Anderson played the Master role well and exuded his dominance over everything which was really addictive to follow. Sasha had a great mix of innocence in her new world, she was sweet and subservient yet she also kept her feisty and inquisitive nature, making her a far more interesting character.


*I was given a copy of this book in exchange for a fair and honest review*
Posted by Louise Seraphim Reviews at 10:15 AM