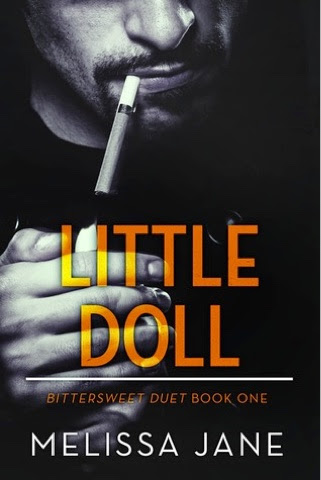 Wow! Just Wow! This book was an incredible read.
Okay, so I'll summarise. Baring in mind, I didn't really know a great deal about the full content of this book before I started it. I had read the blurb and seen some teasers, but that was it.
Laila, and her brother Ethan have lived their adult lives with just each other for family. After losing both their mother and father suddenly and devastatingly. They have learnt to only depend on each other. Laila being the eldest has always looked out for Ethan, even when she got a scholarship and went off to college and traveled. Ethan was more happy to coast along in life. Yet, they both had a strict rule of 2 calls a week.
That is how Laila knows something isn't right. After 3 weeks of no contact from Ethan, it's clear to Laila he is in danger of some sort. The last time she spoke to him, he told her of how he had a new job. Good money, but no details. Just that he was in San Diego. 3 weeks later, no authorities want to help find him, so Laila is taking it upon herself to find him.
She flies from New York to San Diego and checks in to a grotty shack of a hotel, with dubious looking staff. Then starts out with her stack of posters, of her brother. In a place like San Diego, Laila and her beautiful, porcelain doll like features, are noticed. Not always in a good way. In a back street cafe, while asking about her brother. Laila is noticed by a dark, gorgeous Mexican man. His clothes and everything about him scream money and power. Unfortunately for Laila, he has been watching her.
Upon returning to her room, she feels like she is being watched. It's then with the butt of a gun smacked in to her head, she realises she was followed.
That brings us to the prologue, the start of the story and Laila, bound and blindfolded on the floor of a van, while men talk over her in thick Mexican accents. Laila has stumbled in to something bad.
From there on in, anything I say will be an obvious spoiler, and there is no way I'm going to spoil any part of this addictive and dark tale.
There is a lot of twists and turns to this story, that kept me glued to the edge of my seat. The world that Laila has unwillingly ended up in, is a dark, dark world. The level of corruption and twisted nastiness goes incredibly deep.
Laila is being used to settle someone else's debt, and the men in this business are beyond cruel. They take what they want, with no concern for anything. They are also above the law, in fact they pretty much are the law according to them, so Laila doesn't stand a chance.
Yet amongst the shadows, is someone else. Another figure among a cruel family. Aiden.
Aiden is Laila's only hope in this hideous world she has been dragged in to. The gorgeous, brooding man who is as much a part of the family and world that Laila is held captive in, yet he doesn't appear to want to be there.
There was something about this book, that made it so different, from all the rest in this genre. Yes, I have read many books like this before, but there is something about it, that makes it stand out. It had the same dark undertones, the evil beyond comprehension characters, but I think what I loved about it was it was believable. It wasn't tacky, or too much. It had an edge that made it feel so real. The fact that Laila and Aiden were amazing MC's also helped greatly. She wasn't another tragic captive, that whined and moaned then suddenly loved everyone. She remained spirited and feisty from the very beginning, even when she had nowhere to go and pain and torture looked her in the eye. She still didn't back down, she didn't lose her fight. Considering just how much she was put through, she was a strong as steel. I loved that about her. Also, the writing was incredible. The visions created were so real, and I could feel the tension and atmosphere in every little part. Even the hot and steamy scenes were intense. The ending was extremely nail biting, and a bit of a shocker, but it just made me desperate to get reading the next book in the series as soon as possible!
Again, I love, love, loved this book!! 5 Stars!! 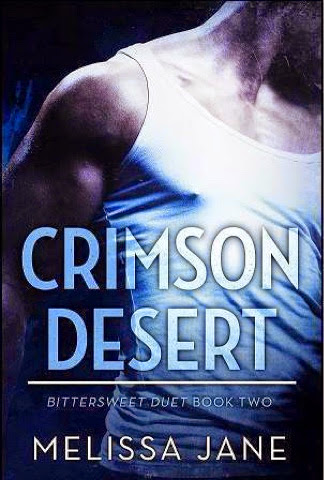 Again, another unforgettable and amazing story. This second part in the story of Aiden and Laila was 100% full on action from the first page.
In Little Doll, Book 1. Laila goes off hunting for her missing brother, Ethan. Whilst hunting for him in San Diego, she is captured and taken. She then wakes to find she is bound and blindfolded in a van. Once she knows of her surroundings. She finds herself in a huge, sprawling Mexican mansion. Yet it's in this opulent home she finds she is actually a prisoner and a slave. Whilst imprisoned in the home of the man who is known as Águila to most people, Laila is tortured and raped, and prepared to be sold to someone who likes to do things much worse than the Áquila and his son Juan. Yet, his other son, Aiden, after having seen enough of what goes on his home for 2 decades, has had enough. Then he sees something in Laila that he just can't shake off. He is determined to help her in any way possible. That is just a short summary of Little Doll to lead us in to Crimson Desert.
Crimson Desert starts off right where Little Doll left. There was a quite a big shocker for the ending of Little Doll and now we get to find out more. With Laila and Aiden on the run now, every page is laced with sheer tension.
The first part of this book has Aiden explaining a lot of truths to Laila. We were left thinking the worst of Aiden, and Laila didn't know who to trust any more. She thought Aiden was the only person left she could put her trust in and he let her down. It's here in Crimson Desert, we find he didn't. It was all part of a bigger plan.
This book shows the tension and nail biting moments, whilst they are trying to get as far away from Mexico as possible. Even though they have some help, people are still getting hurt along the way. We also find just how far the Áquila's reach in America is.
Plus we find out how badly Juan, Aiden's brother wants Laila too. He sees her as his now, and will stop at nothing to get his claws back in to her. The amount of times that Laila ends up being taken is awful. Yet still her strength is amazing. She just keeps on fighting, no matter what they do to her.
I also found the relationship between Aiden and Laila was perfect. Considering what they both have to go through to get to be together, it just seems to make them stronger. The times when they are alone, are tender and intense, yet still incredibly hot. Whatever happens, it doesn't stop them from wanting to fight whatever they have to be free of Aiden's family.
Also, Aiden's friend from his past, Danny is quite a strong figure in this book, and I absolutely love him. He is deadly, yet manages to have the most amazing sense of humour. Perfect friend in all the situations they get themselves in. I found myself wondering what his story was too, as he was such an awesome character to follow.
I would most definitely say, Laila is a cat with 9 lives in this book. Stronger than steel, and has an amazing way to compartmentalise everything that has happened to her. Yet, I loved her. I thought she was a perfect lead character and everything she did, screamed 'kick ass survivor'. Also her ability to turn from shock to revenge was excellent. I was definitely thinking revenge was a perfect plan, along with her!!
Like Little Doll, this book had some pretty deep and risky subject matter to it, but again, it was done incredibly well. The pictures author Melissa Jane paints with her writing, are grim and dark but they are done in such a finely detailed way, it's perfection. Like art.
I love finding a new author that wows me, I just hope she is a fast writer, so I have more to read soon! ;)

**I was given a copy of both of these books in exchange for fair and honest reviews**
Posted by Louise Seraphim Reviews at 11:30 AM