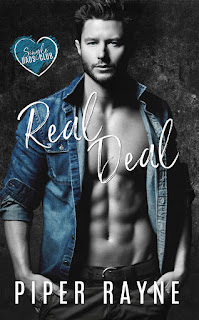 Red Flags…
Too loud.
Too clingy.
Too much make-up.

I could go on and on. The other guys in the Single Dad’s Club would say I’m obsessed with finding them. But none of their kid’s mothers call a maximum-security prison home either, so their opinions mean shit.

Caterina Santora has her own list of red flags…

Even after repeating this mantra to myself every morning on the way to Lily’s summer camp, guess what happens the moment I see Cat? Yeah, that mantra turns into ride me, doggie style and reverse cowgirl.

The fact that she doesn’t remember me from seven years before grates on me until I don’t have it in me to leave her alone any longer. I have to have her. But our lives are opposites in every way. In no way compatible.

When we’re together all the complications fade away and I have to keep reminding myself, even if I can have her— I can’t keep her. 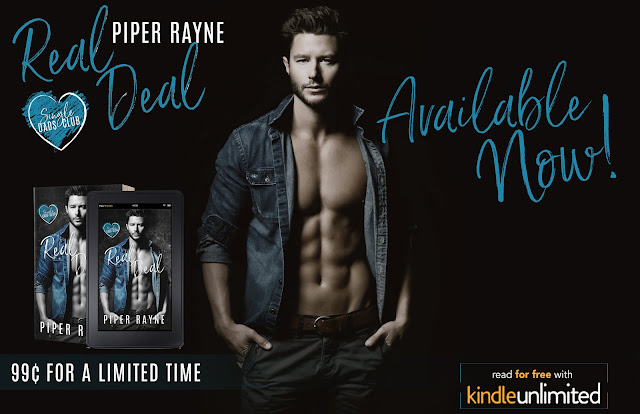 “Real Deal is a super funny, sweet and sexy romantic comedy that will leave you satisfied from beginning to end!” ~Whoo Gives a Hoot (Aurora Hale)


“Piper Rayne has a way of sucking you in and making you part of the story. Laughs, loves and intense moments are abundant in all of their writing!” ~ White Hot Reads (Heather)

First off can I just say I was ridiculously excited for this series to come out? I loved the idea of single dad’s getting their happily ever after. Thankfully Piper Rayne didn’t let any of us down. If you’ve read The Boxer then you’ve know who Cat is (Tahlia’s sister), this is her story. Kind of..

So sometimes we have horrible days. That’s basically what happened to Marcus years ago and since then he’s felt guilty for the things he said to an innocent party. Well partly innocent, the girl did try to throw herself at him. But now that girl is all grown up and is daughter Lilly’s camp counselor.

Marcus finally has the chance to say sorry to the poor girl, but that’s not all he wants to do. No, that girl is all grown up. He’s not looking for a wife, or a mother for his daughter, but what happens if one falls right into your lap when you’re least expecting it?

Years ago, Cat had set her sights on Marcus, only to find out he wouldn’t be her knight in shining armor. Now she’s older and wiser, she won’t fall for his charms. But it may be fun to play with him just a tad. The last thing she expects to happen is fall for a blonde little girl and her very alpha father. Will Cat get what she wanted at eighteen or will she get more than she bargained for? Will Marcus let the past go and let love in?

Real Deal is the real deal. Once I started reading I couldn’t put it down. I loved Marcus and Cat together, Lilly was precious. Then we have the other single dads and Cat’s two roommates who really bring the story all together. There is humor where there needs to be and seriousness when expected. It’s a light fun read with some serious undertones. I absolutely loved it and can’t wait for the next book in the Single Dads Series. Who knows maybe we will see more of Marcus and Cat.

Here are a couple lines from the book I liked;

“One day, the clouds will clear and you'll realize what you're missing.”

“Sometimes it pays to take chances, even if you’re a control freak like me— some people are worth the risk.”

“My gaze finds Lily dancing along the deck of the boat. Her braids with a slight curl at the ends blowing in the wind as she pretends she's a ballerina shifting her weight from one foot to the other to the rhythm of the music playing through the speakers. She's beautiful and I wonder what my life would be like if Marcus and I worked out.”

There are at least ten camp counselors currently standing in the water watching the children, and six of them are female. Victor doesn’t understand the epidemic he’s going to have on his hands. The longer I sit there, the more dads find their way down to the lake, thinking it’s an everyday Thursday pickup. To their surprise, it’s a teenage boy’s wet dream. And maybe that teenage boy’s dad’s, too.
Caterina is laughing with another female counselor. I never noticed how her cheeks rise into two small apples when she smiles. Nor did I notice the way her hands cover her mouth to stifle a laugh or how she briefly touches the other person’s arm when she’s amused. Damn, I want to pull that reaction out of her.
But all I’ve gotten this week since camp started is a few polite smiles and ‘hello Mr. Kent.’ She hasn’t acted as though I’ve seen more of her than what that bikini she’s wearing reveals.
“What did I miss?” Dane sits down next to me, trying to catch his breath.
“What the hell do you do all day that you can’t be here on time?”
He glances over to me and then concentrates ahead of him. I can’t blame him, we don’t get views like this in Climax Cove very often.
“Does Victor realize he’s giving every dad here beat off material for tonight?” Dane asks. A few of the dads milling about laugh, knowing it’s true.
A small ball of anger begins brewing in my center. The idea of these dickheads thinking about what’s under the blue bikini hugging Cat’s tits gets under my skin. That beat off material is for me and only me.
“And to answer your question, I had to go down to the county for some paperwork.”
Dane’s been doing some heavy renovations to Happy Daze the last few years, expanding and making it a more family-friendly bar and grill during the day.
“Sorry, that sucks.”
Both of us continue our conversation as we pretend to watch our children. I can multitask though. My gaze veers to Lily to make sure she’s not drowning, but she’s taken swimming lessons since she was one, so I don’t have to worry too much.
“We can talk about that shit later.” Dane waves me off. “Fuck, this is so not fair. How is my kid getting more action than I’ve seen this week?” He bites his fist, watching Toby and his friends pour a bucket of water over his camp counselor’s head. Her yellow bikini doesn’t exactly hide the fact the water might have been slightly chilly.
Lily looks away from the action in the lake, finds me sitting there, and smiles. “Why do I suddenly feel dirty?” I mumble to myself.
Lily runs from the lake and Caterina says something to one of the other counselors and follows Lily’s path. Our eyes lock, but Cat is quick to shift her focus elsewhere.
“Daddy!” Lily screams and jumps into my arms, soaking me in the process.
“Hi, sweetie.” I prop her on my knee.
“Hi, Uncle Dane,” her sweet voice says.
I clear my throat so he’ll turn his attention from the lake to my daughter. Dane turns to me, back to the lake, and then realizes why I’m clearing my throat.
“Hey, kiddo. Swim day, huh?” He leans back on his hands, focusing his attention on her.
“Come.” She jumps down from my lap and grabs my hand.
“No, sweetie. I’ll wait until you’re done. Go have fun with your friends.”
She smiles and runs off.
“Damn, a little warning, huh? I’m practically tucking my dick between my legs,” Dane says and shifts in his seat.
“Um, how do you think I feel?”
“Who’s the dickhead?” Dane asks, head nodding to the lake.
One of the male camp counselors approaches Cat. She laughs at his joke and shakes her head. I don’t miss the way his eyes light up when she puts her hand on his forearm.
“Who?” I pretend my heart isn’t skipping beats from the adrenaline coursing through my system. Just call me a fucking caveman.
“Yeah, okay. Your eyes have been glued to one counselor, in particular, this whole week.”
“I have no idea what you’re talking about.” I glance around to make sure no other parents overheard us.
“Is that how you’re gonna play it?” he asks, turning toward me and raising his eyebrows in question.
I say nothing, watching the dickhead pick up Caterina by the waist, her squealing and him dropping her in the deeper part of the lake. She stands up and now she’s dripping wet in her blue bikini that probably matches the color of my balls.
Once again, I swear her gaze veers over to me as she pushes her hands through her drenched hair. Before I can be certain, she’s concentrating on the kids again. She claps her hands and announces swim time is over for her group.
“Man, your chick is a fun sponge,” Dane says because Toby’s camp counselor is still in a water battle with her kids.
I push off the picnic table to head over to pick up Lily and gather her things. 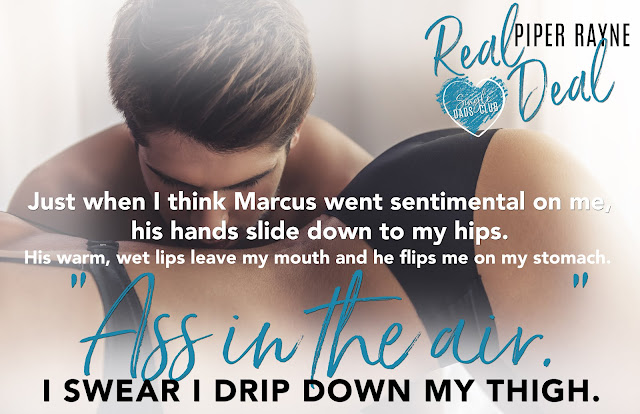 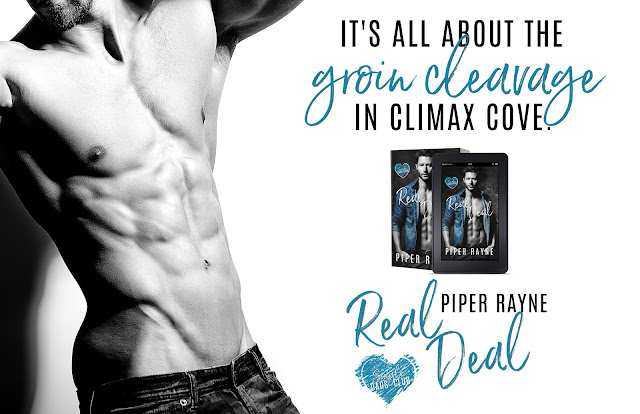 Piper Rayne, or Piper and Rayne, whichever you prefer because we’re not one author, we’re two. Yep, you get two established authors for the price of one. You might be wondering if you know us? Maybe you’ll read our books and figure it out. Maybe you won’t. Does it really matter?
We aren’t trying to stamp ourselves with a top-secret label. We wanted to write without apology. We wanted to not be pigeon holed into a specific outline. We wanted to give readers a story without them assuming how the story will flow. Everyone has their favorite authors, right? And when you pick up their books, you expect something from them. Whether it’s an alpha male, heavy angst, a happily ever after, there’s something you are absolutely certain the book will contain. Heck, we’re readers, too, we get it.


What can we tell you about ourselves? We both have kindle’s full of one-clickable books. We're both married to husbands who drive us to drink. We're both chauffeurs to our kids. Most of all, we love hot heroes and quirky heroines that make us laugh, and we hope you do, too. 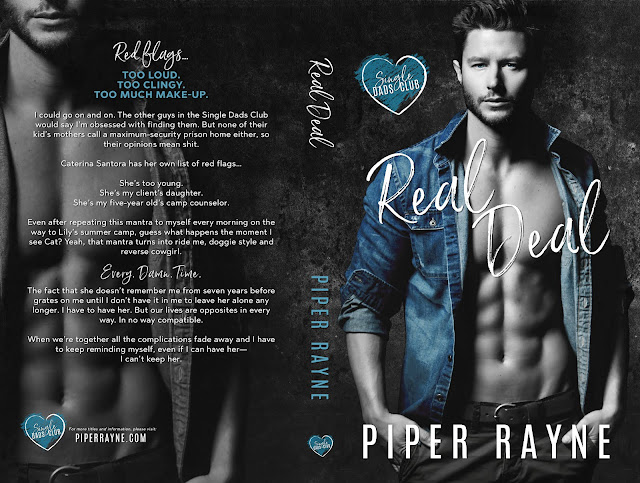 Posted by Louise Seraphim Reviews at 8:19 AM