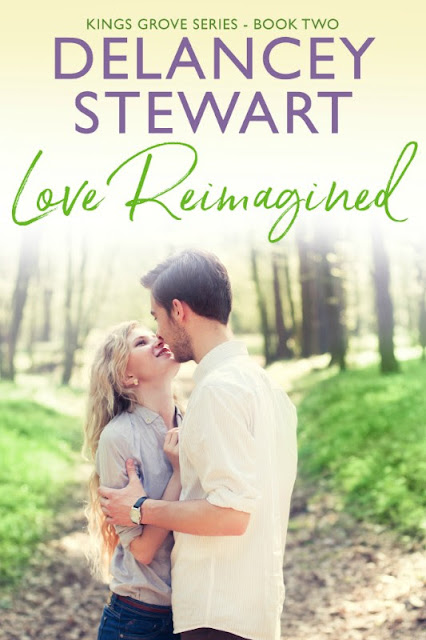 Sometimes finding the future you want means embracing the past…

Sam and Chance Palmer are both tall and dark, and look pretty damned good with a hammer hanging from their tool belt as they run their construction business in the small mountain town of Kings Grove. But when it comes to the hottest eligible bachelors in town, Miranda George only has eyes for one of them. Chance—the one who won’t even look her way unless it’s because she’s just spilled something on him or tripped directly into his path.

And while Miranda George has always had the hots for Chance Palmer, Sam has spent years trying to ignore his feelings for her. The problem is that they’ve known each other much too long, and Sam can’t seem to repress his A-hole gene when she’s around. He’s given Miranda every reason to hate him, so why would he ever hope she might love him instead?

When a backcountry wildfire threatens everything and everyone they both love, will Miranda and Sam be able to look beyond their complicated past and see a future that might bring them together?

Sam has loved Miranda for as long as he can remember. In elementary school they were thick as thieves, middle school things changed a little, but high school it all came crumbling down. That didn’t stop him from loving her and wanting what’s best for her. Even now when she facies herself in love with his brother he’s willing to set aside his happiness for his own. But what if he has a shot at making her his?
Miranda is the awkward clumsy girl that everyone loved. She gets tongue tied around her crush and is willing to give her shirt off her back to anyone, with the exception of Sam. Circumstances make these three come together. The older brother who is charming, the younger brother who runs everything but doesn’t get any credit, and the woman who cannot decide which one she actually wants. Who will she end up with?
I liked how the author brought them together and kept pushing them towards each other. But I won’t lie I really wanted to smack Miranda and maybe take her to the eye doctor. Both brothers are great in their own way, but they are completely opposite of each other. You get characters from the first book (you do not need to read the first in the series to read Love Reimagined) and I enjoyed that. You finally start to get a real feel of everyone and how they interact. I personally had problems falling into the story, but it is a solid book. So even though I’m rating it a 3 I still think one should give it a chance if a small-town romance is your thing.

Delancey Stewart is an award-winning author who writes romantic fiction with humor and heart.

Stewart has lived on both coasts, in big cities and small towns. She's been a pharmaceutical rep, a personal trainer and a wineseller.

A wife and the mother of two small boys, her current job titles include pirate captain, monster hunter, Lego assembler and story reader. She tackles all these efforts at her current home outside Washington D.C.