Release Blitz & Review - I Will Always Find You - Willow Sanders 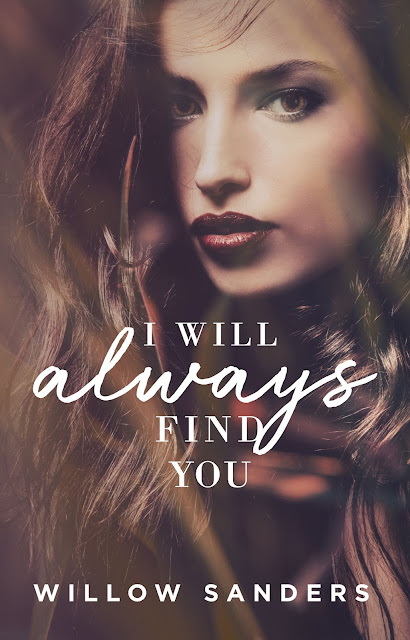 I Will
Cammie Saint isn’t a victim. Sure, she’s had a string of bad luck, the apartment break in then the attack in the parking lot. Sometimes life hands you lemons. Why is everyone so interested in her case? Even the new neighbor is sniffing around for clues. There are things she wants from the neighborhood Officer Hottie, but an interrogation wasn’t what she was thinking of.

Always
That’s Special Agent Vaughn, DEA. Of all the places he thought he’d be, Kansas City wasn’t one of them. Chasing Jefe for the last seven years had expelled the last bit of tolerance he had for chasing down bad guys. To say he was ready to put this case to bed would be like calling World War 2 a minor disagreement amongst countries. Jefe had taken too much from him. Time, and other things he didn’t want to get into. He just needed to keep his eyes on the ball and definitely NOT on his new neighbor with an ass for days and a sad story.

Find You
Why is the Jefe cartel in Kansas City? A Colombian drug ring in Anywhere, USA? While Agent Vaughn searches for answers, Cammie finds herself thrown into a world she never expected. How will secrets from her past, compromise her future? What happens when someone who never wanted to be found, is discovered?

I Will Always Find You is part one of a two-part series. Fair warning, it ends on a cliffhanger.

Our Review:
Holy wow. I Will Always Find You sounds like a romantic book if you read just the title. It’s not until you dive in that you realize the title means more than what you see on the surface. I was sucked into this book. It has action, heat, and romance all wrapped up in a pretty little bow. This book does end on a cliffy so you have been warned, but it is totally worth it.


The plot of this book is different than I imagined. Most cartel or mob books focus on the mobster or cartel person as the main character. Instead, this book focuses on an agent intent on catching the bad guys while spending a little time with his gorgeous neighbor. I need this fresh take on the same old story. It added another element needed to take this book to the next level.


Camille is a badass. She is strong as heck which is important to female characters. I can’t stand a weak woman who relies on a man. Camille doesn’t do that. While she enjoys Vaughn, she also is independent and stubborn. Then you have good old officer Vaughn. He is a strong Alpha male with a title to back him up. He is what I wish for in my men. Strong and in authority.


There is a nice slow burn going in this book. The characters are organically attracted to one another. What I love most about the heat is once it ignites, it goes up in flames within seconds. These two characters have such a strong chemistry between them. I think it was obvious from the moment they met that there was going to be more than just neighborly conversation passed between these two.


The writing style of this book is good. I liked the back story and the build up in the book. I love that the pace is a steady one for the most part. The only negative thing is I felt the book lulled in some places. That was well made up for by the action though. I really enjoyed all the action and suspense in this book.


Overall, this is a wonderful story. I cannot wait to get my hands on the second book. I need to know what happens next! If you want a unique twist on a cartel book, choose this one. You will not be disappointed. I sure as heck wasn’t. 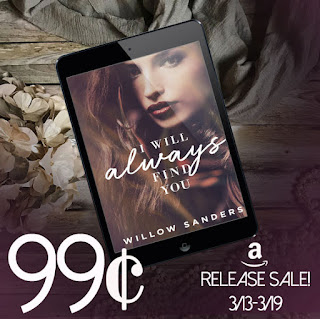 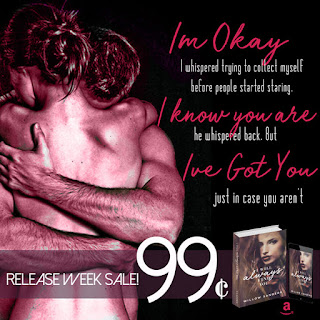 Willow Sanders is a Chicago girl born and raised.  You will find that most of her stories are either based in or somehow tie back to the city she knows and loves. Her loyalties lie on the North-Side, as she proclaims she is a Cubs fan, and a fan of anyone playing against the White Sox. She can also be found regularly rooting for the Illini--even if the team is completely hopeless.
When she isn’t writing (in the physical sense- as stories are always brewing in her head in some form), she can regularly be found feeding her coffee addiction at the Green Mermaid (otherwise known as Starbucks). She is also a voracious reader and is quite certain that there is a glitter-encrusted picture frame bearing her headshot somewhere on the wall at Amazon that says “this woman pays our salary.”
You can also find her frequently stalking Goodreads, Pinning, FaceBooking, or hanging out on the Twitter.