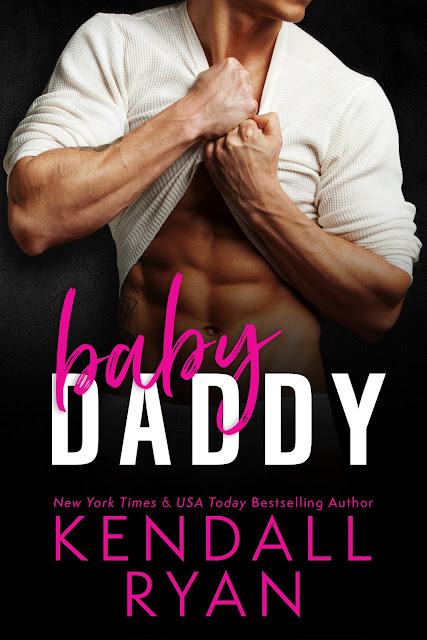 We met in a trapped elevator.

Emmett was on his way to work, sophisticated and handsome in his tailored suit and tie.

I was on my way to the sperm bank. Awkward, right?

At thirty-five, my life hadn’t taken the path I thought it would and I was tired of waiting—I wanted a baby. And I was ready to take matters into my own hands to make it happen.

After our ill-fated elevator encounter, Emmett insisted on taking me to dinner—he also insisted on something else—that I ditch my plan involving a turkey baster and let him do the job. He would be my baby daddy. He was a wealthy and powerful CEO with little interest in diapers or playdates. And since he didn’t want kids, I’d be on my own once his bun was in my oven, free to go my own way.

But once his baby was inside me, it was like a switch had been flipped, and I got a whole lot more than I ever bargained for.

“He will make an offer she can’t refuse, 5 stars”


Emmett knows from experience that being a CEO and having family don’t mix, I mean just look at his childhood. So, he’s taken to being married to his job and having his one-night stands. When a chance in counter leaves him dropping an idea even he didn’t know he was capable will he be able to go through with it? And will his thoughts on what he can and cannot have change?

Jenna wants a baby but doesn’t have one key component, a man. That’s okay though she’s a modern-day woman and can get a baby on her own. Only on her way to talk about sperm she gets stuck in an elevator and misses her appointment, that’s okay though someone else gives her an idea on how to get her family. Will her and Emmett strike a deal or will she be going to the sperm bank?

I love Ryan and her stories, they always make me laugh and give me satisfaction. With that said though I was tempted not to read Baby Daddy…because the Hero and my son have the same name and that’s kind of weird sometimes. I would probably kill my kid if he ever tried to pull what Emmett in the story did. I ended up pushing through and shortly forgot all about the matching names and fell into the story and enjoyed it. These two really were meant to be together even when they sucked at communicating. If you love Ryan you’ll love this one and if you’ve never read her it’s a good place to start.

A New York Times, Wall Street Journal, and USA Today bestselling author of more than two dozen titles, Kendall Ryan has sold over 1.5 million books and her books have been translated into several languages in countries around the world. She's a traditionally published author with Simon & Schuster and Harper Collins UK, as well as an independently published author. Since she first began self-publishing in 2012, she's appeared at #1 on Barnes & Noble and iBooks charts around the world. Her books have also appeared on the New York Times and USA Today bestseller lists more than three dozen times. Ryan has been featured in such publications as USA Today, Newsweek, and InTouch Magazine.

Visit her at: www.kendallryanbooks.com for the latest book news, and fun extras