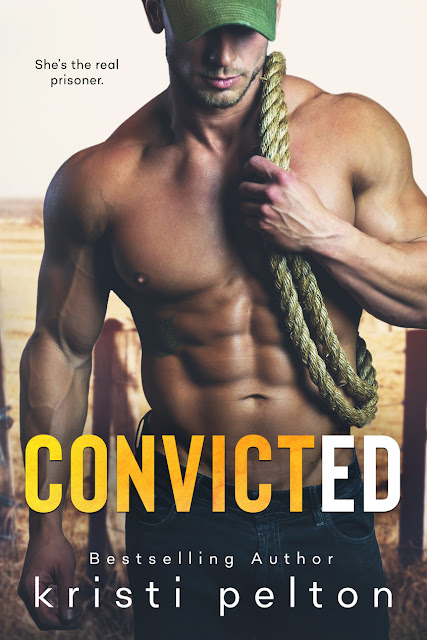 Nothing in life has ever come easy for the boy from the other side of the tracks.

A mother that left. A father that hit. A brother that protected.

They say everything happens for a reason.

Joss Hess has spent his entire life looking for that reason.

After nearly killing a man and barely avoiding prison, Joss finds himself sentenced to 18 months on Briscoe Ranch, where certain things are expected.

If he fails, Joss will be sent back to the state penitentiary to serve the remainder of his sentence.

One road block stands between Joss and his freedom: Ren Briscoe

Raised by ranchers, Ren Briscoe has been around men her entire life.

Home on summer vacation, she quickly realizes that Joss Hess is unlike any man she has ever encountered before.

She hates everything about him…his filthy mouth, arrogant attitude, the way he makes fun of her purity ring and her boyfriend. Mostly, she hates him because no matter how hard she fights it, Joss occupies her every thought. He may be the convict serving his sentence; but the real prisoner is Ren. 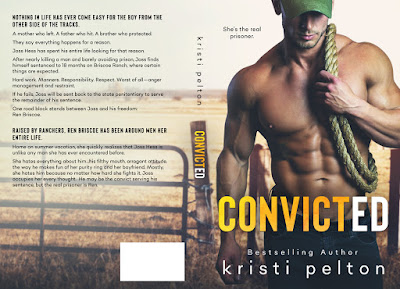 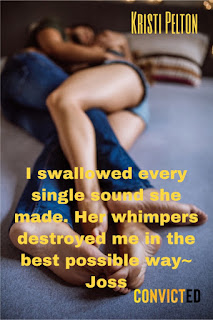 Just the fact that someone may be reading my ‘bio’ thrills me. What does one say in an author bio? Well, I LOVE to write! Sometimes characters talk to me in my head (in a non-psychotic way) and I have to get what they are saying out on paper! So, here we are!  ☺

I am a part-time juvenile probation officer and full-time wife…but I spend the majority of the time helping my two favorite, college-aged sons navigate through life and hopefully become the best humans they can be.

I am a huge fan of the Kansas Jayhawks, the Oregon Ducks and the Chicago Cubs! (I have a dog named Wrigley)

I’m terribly addicted to music—ALLLLL kinds and driving in the car with the sunroof open and radio turned up helps the creative juices flow.

I am deliciously addicted to queso and cupcakes; but even with that…I like to slowly kill my body with Crossfit. I’m annoyingly sarcastic.

People ask me ‘what has been your favorite book to write’—I would have to say my original series. (I think it sold 100 copies)  ☺   Someday…I may have to tweak them a bit because my heart was poured into those books—but they need help!  Slick was my Amazon best seller…but every one of them mean something to me.

In the end, I truly believe life is taken way too seriously by most…I say enjoy every moment, have an adult beverage and READ!! Cheers…. 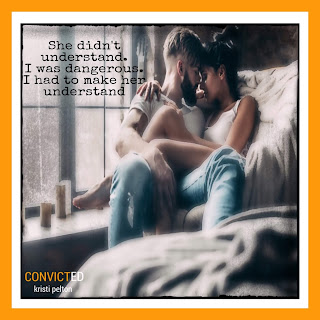 
Convicted is a standalone story that is told from several POV’s that I lost count at 4; this story gives you raw emotion heartbreak and the purist of loves and I knew all of this by the end of chapter 7.

Joss is your ultimate bad boy; he has a record and doesn’t hesitate when someone he loves is put in the line of danger which leads him to an 18-month sentence on a farm. When he is pulled into the web that is the owner daughter Ren he can’t stay away; his protective side coming out in full force.

When lines are crossed and incorrect information is given Joss is taken away from the world he has fallen in love with. Fighting for what he wants he is left with some questions that he needs answers to ASAP; hoping that they will lead to the HEA he deserves.

Pelton is a new to me author and I thoroughly enjoyed reading this story; I could not put it down devouring it in 1 sitting. I look forward to more from this author and hopefully Joss’s brothers in the future.